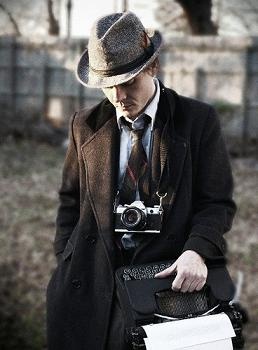 I must admit that in a world where turmoil churns abroad in revolutionary lands where the price for a counted vote is tallied not in little red stickers but in blood or where the proliferation of undocumented nuclear weapons in little-known Balkan states is a secret fear that haunts the dreams of the overly well informed, I am largely glad that the most talented, the most determined and the most hardened journalists did not, upon graduating from college, decide “I’m totally going to write about video games.”

The complaint about the state of video game journalism is a tired one, and even as a participant in the fray I remain pretty non-committal on the issue. I have read the grousing about the supposedly puerile and amateur nature of competing publications who pepper gaming stories with the kind of writing one might expect from an average episode of The Simpsons. But, as I watch video from E3 presentation in which the gaming press rise as one and cheer like the wild game fans that they truly are, I wonder how anyone could have ever been under the delusion that ours was an unbiased effort.

I myself, before deciding to fully divest myself from any appearance of impartiality, worked in the gaming news business for several sites, including being among the first on staff to report for The Escapist. I have written long form previews for print magazines, and I have written snappy posts for well trafficked news blogs, and I have conducted interviews with gaming news makers for podcasts and I have written in-depth articles with supporting facts and even the occasional footnote or citation. I am an old hand at the games writing biz, and I am ready to concede on the whole that, no – you’re right. I am not a journalist.

Thank God for that!

I do not want to minimize what we games writers do. I think that is the first and fundamental mistake in most arguments made against our profession – and it is a profession. But, we are primarily entertainment providers, a vehicle for readers to swim in the gaming waters even without controller in hand, and while there is a valuable place for that, I sincerely doubt it rises to the occasion of journalism. Journalism is a profession which I hold in high regard, and frankly the ones who do it well have skillsets as alien to me as surgeons and underwater welders.

As I watch journalists risk life and limb in the streets of Tehran, I recognize that the worst thing likely happen to a games journalist would be a strongly worded cease and desist letter for breach of a Non-Disclosure Agreement. The risks associated with sitting in my comfy chair and monitoring the internet for morsels of entertainment that I can take pot-shots at are, on the whole, minimal. In games writing, the most ambitious and surreptitious actions we are likely to be charged with is getting around a PR handler.

And, when it comes right down to it, I’m pretty impressed when a games writer bothers to confirm information or seek comment from an official or unofficial source in conjunction with a story. Give that man some kind of internet common-sense medal, I say, because he’s going places! 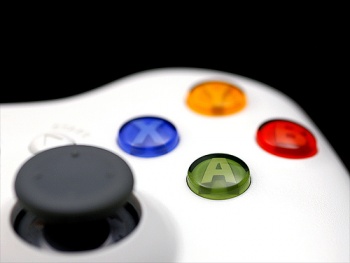 That is, I think, how the way of the world should be. It is not simply that we are far from rocket science here, but frankly I like the balance between desire and accessibility for gaming minutia. The more layers you peel away from the onion, the less onion you have when you are done.

Our job isn’t life changing. It is meant to be life enhancing. It’s meant to give you the same kind of distraction and bemusement that the industry we cover strives for. Who really wants or needs hard-nosed, stony faced, stiff-upper-lip games journalism?

News today from Redwood City. Computer game designers employed by the Electronic Arts Corporation revealed details on a technological piece of computerized entertainment codenamed Vie for Nam II: Ultra Edition. The application developers claim to allow a “user” to take control of tiny digital men in simulated conflict. Controlled via input on a small plastic accessory which must be purchased separately, employees describe the product as a game, and insist it not be confused with actual training or violent propaganda…

For the most part, I have a terrific time writing about games. Why? Because I am writing about games. If you aren’t having fun doing that, then what the hell is the point? So, like many of my colleagues, I take great pleasure in being colorful, occasionally controversial, opinionated and casual. I believe the great benefit of what we do is to provide distraction.

I appreciate people who approach the work we do with a professional commitment, but I also don’t find much value in an overanalysis of how that work is done. The role of the press, the real press, is so vital to the nation that it is codified into the very fabric of government. That’s not the kind of work we do, and I find some error in a philosophy that tries to elevate writing about video games above our mandate. I think, sometimes, we are so worried about being taken seriously, that we fail to see that the product was never intended to be.

Is it dangerous for games journalism to be a cheerleader? I’m just not sure. On the whole we have an audience, so that gives us influence and some minor degree of power, but does that make us part of a games development process? All things being equal, without some kind of enthusiast press, would there be more bad games or fewer good one? I’m not sure that I subscribe to that theory.

I love writing about games. I love being enthusiastic about some games, critical of others and being within a flexible framework that doesn’t demand impartiality. When I read other games writers, I prefer to read the ones that allow their passion to be part of their career. I would never want it to be like reading a newspaper. I frankly prefer the environment where games analysis is like talking about your hobby with friends.

Sean Sands is a professional writer, co-founder of gamerswithjobs.com and rarely found taking himself very seriously at all.