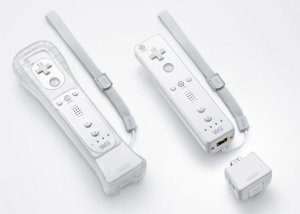 The Wii MotionPlus, which significantly increases the sensitivity of the Wii’s motion controls, may work a little too well according to an EA Developer.

Speaking to Tech Radar, Thomas Singleton, prodicer for EA’s Grand Slam Tennis on the Wii said that the add-on was so effective that it actually was ‘overly responsive at times.’ Grand Slam Tennis, along with the Wii version of Tiger Woods 2010 can make use of the MotionPlus, despite the add-on not being available at the moment.

“It truly is giving you that one-to-one control movement of your arm motion and then mapping it directly to that one-to-one movement of your character on screen,” said Singleton, “at times it’s overly responsive. It had so much fidelity that at times we have limited that fidelity to make it a compelling experience and giving you full total control.”

A release date for the add-on has yet to be announced, but it sounds like it could use some fine tuning before the general public gets its hands on it.