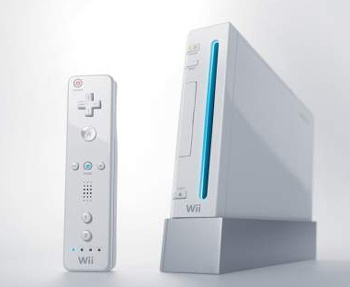 The PlayStation 2 has had a good run but VentureBeat predicts that in a few years, Sony’s venerable console is going to have to make room for a new big dog in the house – the Nintendo Wii.

Okay, so it might be more than just a few years, but based on NPD Group data collected since the launch of the Wii, the ridiculously popular console has already beat PlayStation 2 sales over the same time frame by ten percent, and if things continue is on track to ultimately become the best-selling console of all time. Since its debut in 2000, the PlayStation 2 has notched up 140 million unit sales, including 15.9 million units in the first 26 months after release; 17.5 million Wii consoles have been sold in the same time period, and Nintendo is currently on target for worldwide sales of 154 million units by 2014.

And the convergence doesn’t stop there. While the Wii continues its arc toward Sony’s crown, the PlayStation 3 is headed for an entirely different and far less enviable mark: Based on current sale trends, the console is at a very real risk of becoming the next GameCube. The GameCube sold 6.75 million units in its first 26 months of release, while the PlayStation 3 has managed a frighteningly similar 6.79 million units.

And how is Microsoft faring in all this? About the same as the last time around, actually. While Sony and Nintendo have swapped places on the heap, the Xbox 360 is cruising along in distant second, the same place held by the original Xbox back in the day when the PlayStation 2 was the stomper and the GameCube was the stompee. On the upside, according to the NPD, the 360 is selling faster than its predecessor, and even more importantly has begun to turn a profit, something the first Xbox never did.

All is not lost for Sony, of course. The horsepower of the PlayStation 3 and the much-larger market available to it than the GameCube had could very well give the unit a longer lifespan and the possibility of eventually becoming a profitable system for Sony. But as far as victory in the console wars? “The chances of the PS3 making any kind of comeback are becoming increasingly remote, if not impossible,” VentureBeat says, “because – let’s face it – numbers don’t lie.”