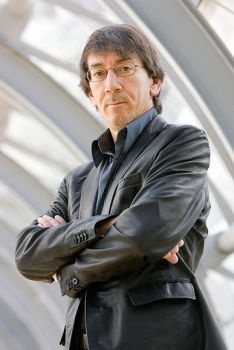 Electronic Arts has announced that Maxis mastermind Will Wright has left the company to run an “entertainment think tank” called Stupid Fun Club.

Stupid Fun Club will develop new intellectual properties “to be deployed across multiple fronts including video games, movies, television, the internet, and toys,” according to a statement released by EA. Electronic Arts and Wright will be the principal shareholders in the new company, with each holding equal percentages, and EA will have the rights to develop games based on Stupid Fun Club projects.

“The entertainment industry is moving rapidly into an era of revolutionary change. Stupid Fun Club will explore new possibilities that are emerging from this sublime chaos and create new forms of entertainment on a variety of platforms,” Wright said in the announcement of his latest project. “In my twelve years at EA, I’ve had the pleasure to work alongside some of the brightest and most talented game developers in the industry and I look forward to working with them again in the near future.”

“We believe in Will’s vision for Stupid Fun Club and we’re looking forward to partnering with Will and his team long into the future,” added EA CEO John Riccitiello. “Will is a great designer and he’s been part of a great legacy of globally recognized game franchises like The Sims, SimCity and Spore. The teams that have been leading those franchises in recent years have a lot of exciting content coming.”

Wright’s first game was the Commodore 64 title Raid on Bungeling Bay but he didn’t come to mainstream prominence until after co-founding Maxis and releasing the hit SimCity in 1989. Numerous other Sim titles followed but it was the release of The Sims in 2000 that cemented his legacy as it became the best-selling PC game of all time and a massively lucrative franchise for EA, spawning two full sequels, a failed MMOG and numerous expansions. Wright also developed the 2008 game Spore, which despite an uproar over intrusive DRM has also been a hit for EA.

“Will has been an inspiration to our teams, and it’s been rewarding for us to bring his ideas to life,” said Maxis Vice President and General Manager Lucy Bradshaw. “In addition to legendary games, Will’s legacy at EA will be the many talented people who worked with him and will now continue to contribute their own vision to the art of game development.”