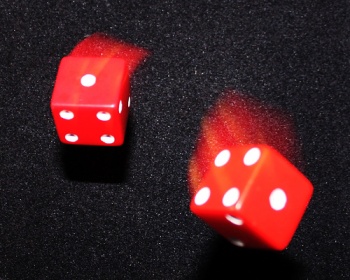 Denise Keller, San Diego real estate agent and mother of 2, has filed a lawsuit against Chuck E. Cheese’s and its parent company CEC Entertainment over the ticket-dispensing arcade games featured in the Chuck E. Cheese’s restaurant, asserting that they are, in fact, illegal gambling machines.

While Keller is asking for $5 million, her attorney, Eric Benink, claims that the money isn’t the key issue here. “We don’t think that children should be exposed to casino-style gambling devices at an arcade,” he said, and the real goal here is to get these “gambling devices” out of the restaurant chain and away from the children.

California law, which prohibits gambling except in specific situations, makes exceptions for games that are based mostly on the skill of the player, rather than sheer dumb luck. Keller and Benink claim that this is not the case with these games, and that Keller had taken her children to Chuck E. Cheese’s and saw that some of the games featured a device similar to a roulette wheel. The suit states that the games are based mostly on chance, and promote addictive behaviors in children, who will shovel tokens into the games in pursuit of tickets, which can be used to win prizes, which can “create the same highs and lows experienced by adults who gamble their paychecks or the mortgage payment.”

CEC Entertainment has filed papers stating that the intent of the California law was never to outlaw children’s arcade games, and points out that even if the games were deemed illegal gambling devices, Keller and her kids participated in the illegal gambling, and should not be able to seek damages.

It’s easy to see both sides of this particular suit. While claiming that games like skee-ball aren’t skill based is clearly absurd, I seem to recall spending a lot of time at the flashy-light roulette wheel, pumping in tokens and muttering, “C’mon … daddy needs a new alien pencil topper …”

The pizza sucked, too.

Aim for the Demon Groin in Shadows of the Damned Screenshots