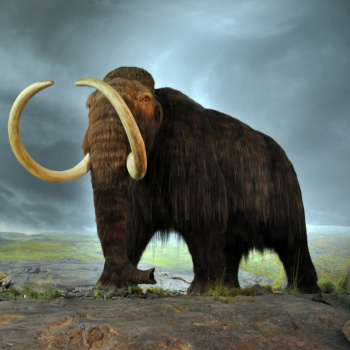 Harvard University scientists just proved elephant and wooly mammoth DNA can be combined – a discovery that might lead to resurrecting the species.

There’s no practical reason to have a wooly mammoth wander snowy plains these days, but it’s pretty clear geneticists won’t rest until they’ve cloned at least a small herd. And according to a report in The Sunday Times, that reality is closer than you think. Scientists recently managed to insert 14 mammoth genes into the live DNA of a modern elephant, which could create hybrid elephants capable of living in colder climates.

Now, that doesn’t mean we have wooly mammoths just yet. In fact, we don’t even have a really hairy elephant. What we do have are elephant cells that function normally with mammoth DNA inserted into them. In the long term, Church and his team hope to create elephant/mammoth embryos that will be raised as elephants in colder climates – meaning they can expand into regions away from human settlements.

But as the great Jeff Goldblum reminds us, it probably won’t stop there. If successful, the next logical step is to resurrect wooly mammoths – a species that has been extinct for 4000 years. It’s not as impressive as pulling a T-Rex from a sap-covered mosquito perhaps, but it’s still very cool. (No pun intended.)

Source: The Sunday Times, via Discovery

Master the Hunt with Every Bloodborne Trick Weapon Location

8 Supporting Characters that Deserve Their Own Game