In my last column, Go, Go, Gazette, we discussed the detailed write-up of your campaign “Gazetteer,” including your setting map, sandbox key, and story web. If you followed those guidelines, you’ve ended up with a gazetteer with about 40-50 static points of interest, including settlements, lairs, and dungeons, spread across a campaign map; and about 40-50 dynamic lairs to use for random encounters in empty areas.

At this point you have what my friend Zak Smith, the genius behind I Hit It With My Axe, calls an extreme sandbox, in which the PCs can go anywhere and do anything. The world is essentially a very large dungeon and the points of interest are set-piece encounters or traps. The clues in your story web are like corridors that carry your party from one adventure to the next. If you just want to start running your campaign, you can actually stop world-building right here – it’s a perfectly serviceable way to play. But if you want to engross yourself further, the next step is to put your world in motion.

A world in motion is one in which effects occur of which the players are not the purposeful or apparent cause. I say “purposeful or apparent” cause because, in many cases, the actions of the players will actually be the cause, through triggering, but this might be without their knowledge or intent. There are four basic techniques you can use to put your world in motion: triggered events, wandering NPCs, hand-crafted content, and random events.

A trigger is an event that precipitates other events in your campaign world. Triggers are exceptionally common in videogames, and it’s a safe bet that anyone who has played a computer RPG is quite familiar with them, so I won’t belabor you with too much definition.

The key value of triggers is that they allow you to offer content that is time-sensitive. For instance, gladiatorial games are very interesting while they are occurring, much less so after they’ve occurred. One could include gladiatorial games with a trigger: “The first time the party visits the Imperial Capital, the town criers are announcing that the Great Games are to be held in three day’s time. Gladiators are needed!”

A more advanced use of triggers is to have a trigger in one location set off results in other locations. For example, “The first time the party visits any village after the Summer Solstice they see proclamations announcing there will be Gladiatorial Games in the Imperial Capital in a fortnight.”

The risk with using triggers is that sometimes the party can set off triggers on a timeline that is quite different than what you envisioned when you put the trigger in place. For instance, imagine that they stop into a village to have a companion magically healed, and sets off the “gladiator games” trigger. It’s highly unlikely the party will stop its quest to go to the capital on short notice; if you trigger the event, it’s going to be wasted. What to do in such a circumstance depends on your free time and your personal judgment. If you have sufficient time and energy, you can allow the event to be “wasted” and write up what happened in the party’s absence; this will let them know that the world really does go on without them, and that there is an opportunity cost to each decision. Alternatively you can delay the trigger until they’ve finished the quest, or modify it on the fly to extend the time available to give them a real chance to follow up. 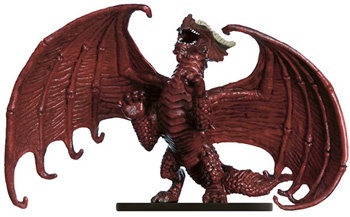 The second technique for putting your world in motion is to place some of your major static NPCs into the wandering encounter charts for the setting. The exact nature and reason for the NPC’s presence on the wandering chart should be kept loosely defined, because if and when these encounters occur, you will interpret the NPC’s reasons for appearing and behavior upon appearance in light of the party’s past deeds. As the Book of Five Rings says, “It is very difficult to understand this merely by reading, but you will soon understand with a little practice.” As an example, in my campaign, an ancient green dragon ruled the humanoids of the Istrith Forest. The party had been leading a band of mercenaries to attack the humanoids. While the mercenary band was camped out, the party had the misfortune of suffering a random encounter with the ancient green dragon. I interpreted this to mean that the dragon had roused itself to deal with the raiders in its territory, and staged the encounter as an attack on the party’s campsite! This was pretty brutal, and they lost several characters and most of their mercenary band (50+) before the dragon used up its breath weapons and left.

The “wandering NPC” system gives a sense that the enemy can strike back but it avoids you having to run the campaign as a wargame where you actually work out every detail of the NPCs’ moves. They are off “doing other stuff” unless a random encounter says otherwise, but when a random encounter says so, you can interpret the results as smartly as possible.

That said, there are occasions when you should work out every detail of a particular NPCs’ moves. If the party’s deeds place them in active confrontation with a major antagonist, it makes sense to develop some hand-crafted content in response to the party’s actions. I generally do this in perhaps 1 in 4 sessions, mostly when I think the party is trying to “game” the system, i.e. acting in ways that only make sense if you assume the NPCs are static and stupid. You need to hand-craft enough content in response to their deeds to persuade the party that they are better off assuming the entire world is a smoothly running simulation and every NPC is fully fleshed out and intelligent. A simple example from my home campaign: The party poked a red dragon’s nest and then ran back to town without killing the dragon, so I ruled that the dragon followed them back and attempted to burn the town to the ground.

The final technique, random events, is a beloved mainstay of old school gaming. Random events are similar to wandering monsters, but whereas a wandering monster is usually a simple fight-and-forget encounter, random events can be used as seeds to deepen the campaign experience. The key is to interpret the random event in the context of what’s come before it. This is, again, something of an art that comes from practice. In my home campaign, I use a set of charts available in the Judges Guild Ready Reference guide that include town crier rumors, proclamations, boons and duties, and so on. Whenever the party loiters in a settlement, I roll on these charts, and then interpret the results according to things that are going on in the game. Sometimes this results in a quick battle – such as a “call to arms – town is under attack” result that I interpreted to be a counter-attack by an orc tribe the party had recently raided. Occasionally these random events can trigger an entire session’s worth of play, such as when a “pestilence” event led the party’s cleric to travel from town to town trying to stop an outbreak of black death.

Some of you will no doubt ask, of course, “Why can’t you just have all this occur as a result of GM fiat?” In other words, why can’t the gamemaster just hand craft when and where all events occur using his best judgment, rather than rely on triggers and random encounters at all? The most lucid answer to this question comes from James Maliszewski, one of our Days of High Adventure columnists. His detailed answer is that the embrace of events beyond your control is an integral part of the gaming experience for the referee. Roll the dice.

While normally I like to end on a point of game philosophy, I hope it will not upset any of you if I give you free content instead. Rob Conley, a leading old school sandbox designer whom I referenced in my last column, contacted me last week to offer a free PDF sandbox for Check for Traps readers. It’s called “Southland,” and it’s from the Points of Light supplement. I “borrowed” a substantial amount of material from Points of Light in my home campaign, and I offer it with my highest recommendation. If you like Southland, you can find a complete copy of Points of Light on Amazon and RPGNow.