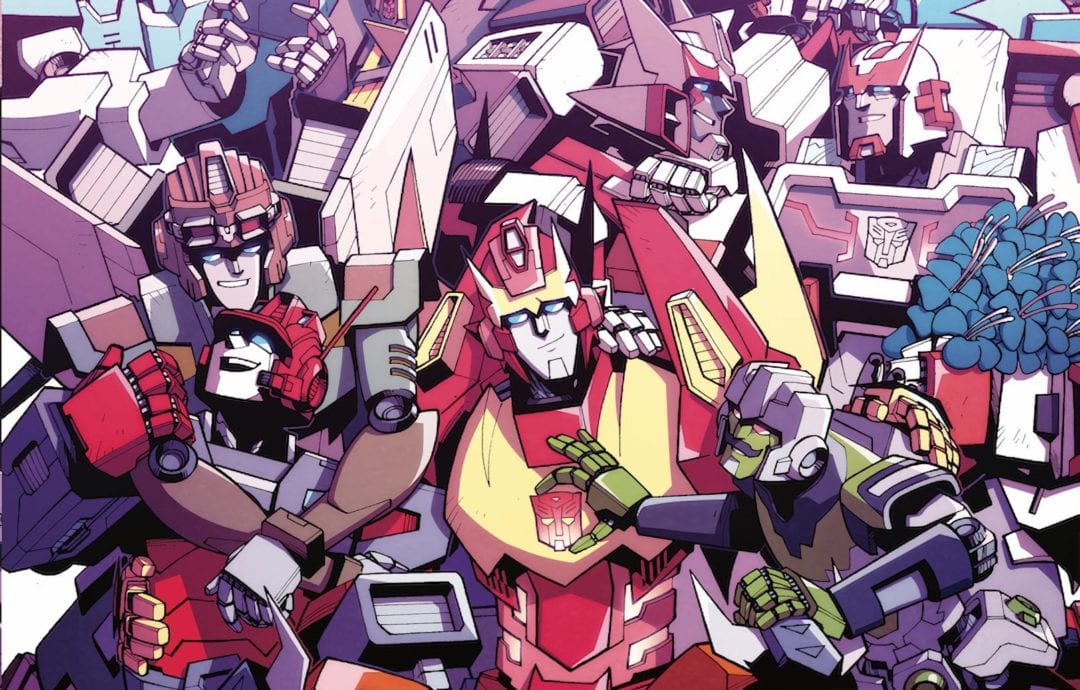 I’ll let you into a little storytelling secret: endings are easy.

Whether we’re talking TV shows, comics or book series — endings are a piece of cake.

I am, admittedly, talking about endings in serialized fiction, as opposed to a story that’s told in a single sitting. Think of a narrative that unfolds — or simply accumulates, telling minor variations of the same story with the same characters, again and again — over months or years.

Endings are easy because even before the first scene has played out or the first panel has been read, the audience — readers or viewers — are invested. How can they not be? They’ve made it this far, which means they care about the characters and the fate of the characters. As a writer you can breathe easy: you’ve already got ’em hooked.

After all, goodbyes only hurt if you care about the people you’re saying goodbye to — and if you’ve made it all the way to the end of season 7, or issue 50, then clearly you care — perhaps very deeply — about the story and the characters therein. You’ve put in the hours. You’re invested. And, more often than not, you don’t want it to end. All of which makes for an intense, emotionally charged experience — and you can’t ask for much more from a story.

Endings have power because fiction has power: we look for stories that engage us, that speak to our need to feel. Life is chaotic and random and vulnerable to all sorts of external factors that surprise and unsettle. Serialized fiction, on the other hand, offers a certain seductive stability. You may not know what’s around the corner for your heroes, but you know the story itself will continue week after week, month after month — and there’s much comfort to be found in that.

For that reason, regardless of its merits, the ending has a head start against what came before. The viewer or reader goes in knowing that what they’re about to experience is unique — a thing can only end once, after all —and that makes it impossible to engage with the text in the normal way.

Endings also encourage us to expect something different. The writer is finally freed from the need to tidy up the narrative furniture — to put things back more or less in their place for next time; on this occasion and this occasion only, who cares? No more rules, no more constraints. Do what you want and be damned.

Time was — in TV certainly, and in comics to a lesser extent — you’d shy away from telling an identifiable last story. This was partly because you were given less notice to prepare for a finale; partly because you were alert to the possibility of returning to the story later; and partly because, in the case of TV, syndication meant that episodes of long-running series would be shown out of order. The result was to embrace the opposite of the ending: the reset. Things “ended” only insofar as they went back to how they began.

But for some time now we’ve lived in the age of the two-hour series finale. Broadcasters, comic book companies and, of course, storytellers themselves have come to recognize the power of a proper ending. When a narrative is defined by its open-endedness, by its capacity to build upwards and outwards, there’s something wrong — thrillingly wrong — about characters coming to the end of their journey.

And that’s the other alluring aspect of an ending: the promise of closure.

Closure doesn’t exist outside of fiction. Life is a messy succession of changes, some incremental, some sudden, and everyone moves at different speeds; only in fiction do we get the satisfying (if fundamentally dishonest) neatness of a synchronised ending. Think of the last episode of a TV show in which, over the course of an afternoon, the core cast members variously marry, move to a new city, find their long-lost adopted son and, in at least three separate instances, get their comeuppance. Spoiler alert for any non-grown-ups reading this: life, sadly, isn’t like that.

So yes, the wrench of saying goodbye and the promise of closure are very powerful emotional triggers, and are most affecting at the very end of a long journey.

I’ll let you into another secret. Endings are really, really difficult.

A devoted reader or viewer brings so much emotional baggage to a finale that their expectations are almost impossible to meet. The stakes are huge. Stories can be defined by their endings: if the writer screws this up, if they drop the ball, they may damage irrevocably what’s gone before. An underwhelming ending can squander the emotional investment that an audience has in a story; an outright bad ending can ruin what came before.

Thus it was with a profound sense of trepidation that I sat down to write the last issue of Transformers: Lost Light — a comic book series that began under the name More Than Meets The Eye seven years and 80 issues ago. That the story about a mismatched crew of lovelorn, mildly traumatized Autobot and Decepticon also-rans on a galactic quest to find their mythical forebears had lasted so long was a testament to the fact that readers had taken these characters into their hearts and would be sorry to see them go. Not to get all Death of the Author about it, but the crew of the titular spaceship now belonged more to the readers than to me, which only increased the pressure to Do This Right.

In the world of comics — particularly licensed comics — creators move on all the time, and the characters they once brought to life are handed to someone new. For that reason, writers are rarely in a position to embrace — or exploit — the finality of it all.

But I was lucky. Lost Light’s demise coincided with the end of an entire fictional universe: IDW’s core Transformers continuity, kicked off by Simon Furman in 2005, was wrapping up, to be replaced by something new in 2019. This really was an ending — and, therefore, an opportunity.

I was lucky in other ways, too. In comics, you’re often given insufficient notice of The End. Maybe you’ll get an issue or two to wrap things up. In my case, I got a full year. I was writing issue 12 when my editor at the time, Carlos Guzman, told me that I had until issue 25 to finish the story.

Truth be told, I’d been working on the end of the series for a long time — since before it started, actually. Lost Light was always about a quest and I couldn’t start the journey without knowing how (if not precisely when) it would end.

So I had a year to maneuver various characters into position; to accelerate some plots and shelve others; and to build towards a finale that, I hope, does the series, the characters and the readers justice. Writing each scene, I was struck by the sense that, for the first time, I didn’t know what would happen next. These characters, with lives that for so long had been mapped out in my head, would have to fend for themselves after this.

I’ve talked about the mechanics of endings and the way in which, in terms of potency, they feed off themselves. But construction and context aside, what makes for a good ending? It’s a question that can only be answered after the event.

Like all stories, an ending stands or falls on how it makes you feel. Greater than the sense of loss or grief, should be a sense of satiety and completeness, the feeling that events have played out as they should and that any other version of the end would feel inauthentic.

Characters you’ve grown to love should each have their moment; long-running subplots should resolve themselves in a way that feels natural; the world which these characters inhabit should be left changed; and the sense of finality should be acknowledged in some way, even if the fourth wall remains unbroken. A good ending should be a fragile mixture of happy and sad, of things said and unsaid.

In reaching the end we mourn for all the stories that never were, but celebrate those that brought us here.

James Roberts
James Roberts is a British writer best known for his work on IDW’s Transformers: More Than Meets The Eye and its sequel, Lost Light.