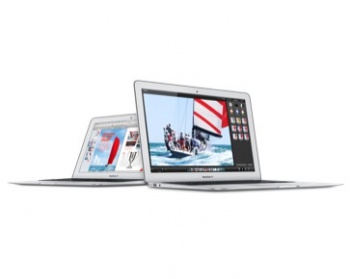 But perhaps most intriguing for the non-programming crowd was how Apple explained its plans to tie your iPhone, iPad, and Mac computer together. AirDrop and Handoff (the latter of which debuted at WWDC), along with iCloud, form Apple’s first legitimate iteration of a continuous client.

For the uninitiated: A continuous client is a software suite that carries over from one device to another seamlessly. Apps and services open on your phone will automatically open on your laptop or tablet when you start using them instead of the phone, and vice versa. Cloud computing is a big step in this direction, with apps like Evernote, Office365, and Dropbox keeping you productive across multiple devices in real-time or almost-real-time.

The continuous client is something the Big Three (Apple, Google, Microsoft) are continually striving for. And with good reason — any software philosophy that creates a seamless ribbon of productivity and ease of use should be championed, without a doubt. So what’s the issue, here?

Apple should be applauded for its efforts, but its vision of a continuity-laden future requires Apple hardware at every step. In other words, once you’re locked into Apple’s continuous client, it’s going to be incredibly difficult to get out.

Microsoft and Google are seemingly going a more accessible route for the moment; Microsoft has its Office Mobile suite on iOS, Android, and its own Windows Phone platform. The same can be said of OneDrive, Microsoft’s cloud storage offering — but don’t get me wrong; Microsoft is far from perfect. (Still no YouTube on WP8? Really?) 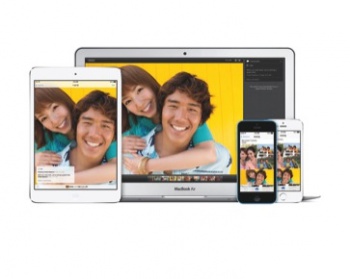 And Google needs no introduction to iOS users, especially those fond of Gmail, Google Drive, and the like. Apple, on the other hand, is not spreading its apps to mobile platforms outside of iOS. It’s a closed loop, while the competition is spreading the love.

And hey, if you’re an iOSer For Life, you have nothing to worry about. Your services are all where they should be, and soon your phone and Mac computer will be sharing more information than ISPs do with the NSA. But if you’re like me, a man with an Android phone, an Apple tablet, and Windows PCs? Apple’s offerings don’t look nearly as attractive.

Why is Apple walling itself in? Does it feel as though consumers would flock to other platforms if the gate was left unlocked? Even if you’re an unabashed Android supporter, you have to give credit when credit is due to Apple. Top-notch hardware, easy-to-use software, and killer marketing and branding operations deserve a tip of the hat.

I’ll put it a different way: As someone fairly entrenched in Dropbox and Google Drive, I would actually give iCloud a try if it was available on non-Apple systems. The day an iCloud app appears in Google Play is the day I install it. But as it stands, there’s no incentive for me to try iCloud. And the same can be said of any other Apple-made service.

And let’s not forget how Apple has treated iOS deserters in the recent past. Did you move from iOS to Android, and start missing texts? Like I said: Once you’re locked in, it’s pretty hard to leave Apple.

When did Apple become the Hotel California of platforms? /rimshot

With all this in mind, you still have to be envious of the continuous client that multi-device Apple users have coming to them. But is it worth the blood oath? I’m not so sure. For now, I’ll be sticking with Evernote, Dropbox, Gmail, and Google Drive, because those products will follow me to the ends of the Earth (WiFi and power outlets permitting, of course).

With any luck, some startup we’ve never heard of will have a universal continuous client up and running soon, with the ability to hook into any and all of your favorite apps. What a future that would be, indeed.

What the Hell Is Going On With E3?