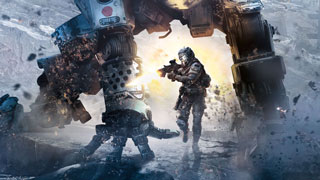 Respawn is offering up Titanfall 2‘s multiplayer for free this weekend.

Titanfall 2 has had a bit of a hard way to go since its launch late last month. It launched right after Battlefield 1, and just before Call of Duty: Infinite Warfare. Those two massive titles sucked all of the air out of the room, leaving Titanfall 2 gasping a bit. Respawn is looking to get the game in front of more people, especially with the game’s first DLC releasing later this week. To that end, the company is offering up a free multiplayer weekend.

If you’re an EA Access or Origin Access member, you can start the free weekend tomorrow, November 30. The free weekend begins for everyone on Friday, December 2. It will end on Sunday, December 4. While there’s no word on which modes and maps will be included, there are no time limits on the event, so you can play all weekend, if you like.

The single-player campaign isn’t included in this event, but any progress you make in the multiplayer will carry over if you purchase the full game. By the way, that single-player is totally worth your time. Of course, you’ll have to install Origin to grab the PC version, but that’s just part of the deal. You can find the PC version here.

8 Great PS4 Games to Give on Christmas