Pokemon Sun and Moon won’t be compatible with Pokemon Bank until an update in January.

Got some good news and bad news for Pokemon fans: Today Nintendo detailed how players will be able to transfer old Pokemon from Pokemon X, Y, Omega Ruby, Alpha Sapphire and the Pokemon Red, Blue and Yellow remakes to Pokemon Sun and Moon. The bad news? The functionality will only be available in an update to the Pokemon Bank app that isn’t coming until January, 2017.

Here’s the low down on how things will work: 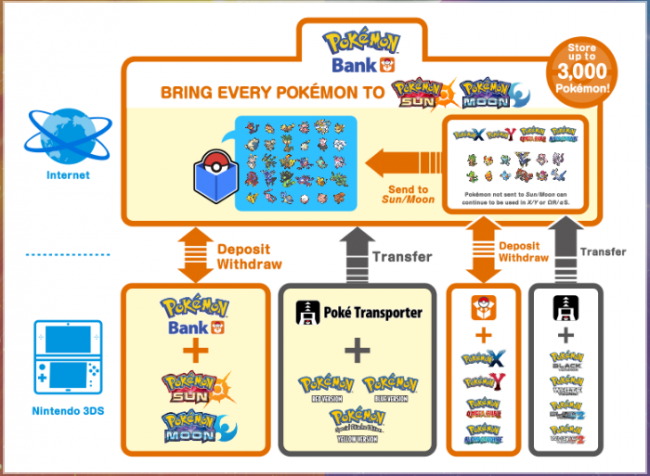 Meanwhile, Pokemon from 5th generation games (Black, White ect) as well as Pokemon from the Virtual Console remakes can be sent on a one-way journey to the Pokemon bank via the Poke Transporter app.

As a quick reminder for those who never used the feature before, Pokemon Bank requires an annual subscription fee of $4.99.