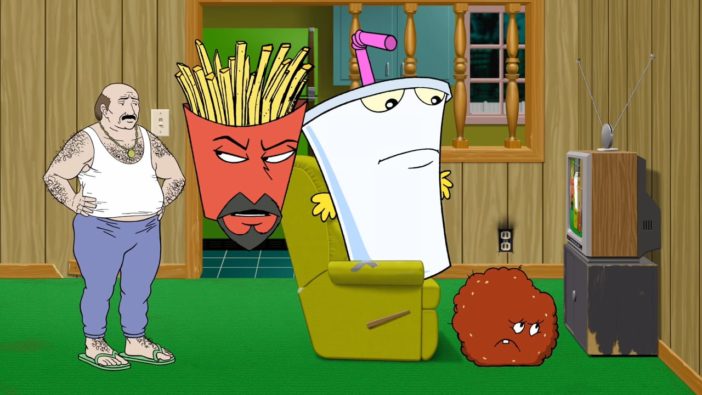 If you’re a fan of classic Adult Swim shows then today is the day for you. Three of the animated powerhouse’s OG cartoons are getting the film treatment. Venture Brothers, Aqua Teen Hunger Force, and Metalocalypse will all be returning but this time in movie form. The films will all be feature-length continuations of the series and will be animated.

Venture Brothers will feature a new invention from Doc either bringing the Ventures incredible wealth or destroying them. The entire creative team behind the show is back, as is the case for all the films. There’s not really any plot details but the report says that “Hank searches for himself, Dean searches for Hank, The Monarch searches for answers, and a mysterious woman from their pasts threatens to bring their entire world crashing down on them.” Sounds pretty much like the series.

Aqua Teen Hunger Force, which derives a lot of its comedy from being nonsensical, has even fewer details other than to say that Frylock, Meatwad, and Master Shake will be back doing things that are mostly unrelated to being superheroes. The last time the trio had a film it came out to mixed reviews but was pretty in line with the show and made plenty of money. It’s not clear if this will be a sequel or if that even matters.

Metalocalypse has the most details as co-creators Brendon Small and Tommy Blacha return to bring their heavy-metal-infused world to film. The Tribunal reveals something called the “Falconback Project” in their quest for power while the Doomstar begins breaching the Earth’s atmosphere. Not only that but one of the band members of Dethklok is spiraling out of control. The film will pick up directly after the rescue of Toki Wartooth so this might be the most connected to the original series of all three films.

Now, where can you watch these films? HBO Max, eventually. The movies will land on Blu-ray/DVD, PVOD, and digital before releasing to HBO Max, giving dedicated fans a chance to scoop up some physical copies to display on their Adult Swim dedicated shelves right next to their 3D-printed Too Many Cooks logo.