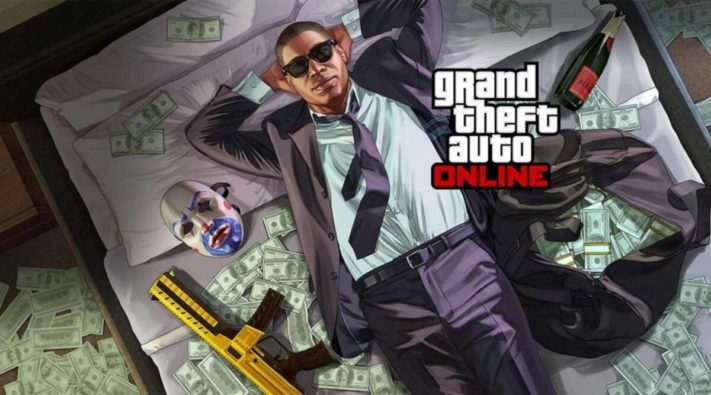 Today, we got a look at the new one-year anniversary Animal Crossing: New Horizons update, Fortnite Season 6 launched with several new characters including Lara Croft and Raven from DC Comics, a modder figured out how to reduce the load times of Grand Theft Auto Online (GTA Online), and more. Here’s the video game news you might’ve missed on March 16, 2021.

In celebration of the first anniversary of Animal Crossing: New Horizons, Nintendo will be implementing a large-scale update on March 18. The update will include Sanrio amiibo implementation, a new upgrade called the Custom Design Pro Editor + that will allow for more customization options, new seasonal items including a set for April Fools’ Day and Bunny Day events, and more. Check out more details below.

Once you have the Custom Design Pro Editor +, you’ll be able to create custom designs for umbrellas, Uchiwa Fans, handheld flags, and face-cutout standees! Are you ready to unleash your creativity in new ways? #AnimalCrossing #ACNHhttps://t.co/Ve13b7JYMK pic.twitter.com/F5iHJa3fYX

Last year, Worms Rumble debuted on PC and on PlayStation 4 and PlayStation 5 as a PS Plus title, but later this year, it will be making its way to more platforms. The game’s publisher Team17 announced that Worms Rumble will be headed to Xbox Series X | S, Xbox One, and Nintendo Switch sometime this year at an unspecified date. Worms Rumble is a 32-player competitive multiplayer game that features cross-platform play.

The once Stadia-exclusive Super Bomberman R Online is finally headed to other platforms as announced by Konami today. The game will be coming to PlayStation 4, Xbox One, Nintendo Switch, and PC via Steam. It’ll also be backwards-compatible on PlayStation 5 and Xbox Series X | S. This news comes just after the game’s rating appeared on the ESRB, revealing its existence on other platforms. It does not have a release date just yet, but you can currently play it on Stadia in the meantime.

More fans than ever will be able to dive into the explosive and addictive 64-player battle royale mode! 🤩

Fortnite Season 6 has just dropped today, and it comes with a brand new battle pass with tons to unlock, as well as map changes and more. As part of the season 6 Battle Pass, players will be able to unlock skins for Tomb Raider‘s Lara Croft and DC Comics’ Raven — both of which have multiple variants and other associated cosmetics for you to earn. The update is live across all platforms now.

The extraordinary is in what we do, not who we are.

Level up the Pass to unlock an additional style for Lara and complete Weekly Challenges to get a classic look 🧗‍♀️#FortnitePrimal pic.twitter.com/HvxBs3deEO

A Github modder by the name of t0st discovered a way to improve the load times of GTA Online on PC. This got the attention of Rockstar, and the studio will be officially updating the game using the modder’s findings. Better yet is that Rockstar has paid t0st $10,000 for the hard work. It’s unclear when the official update will roll out, but players can rest easy knowing the GTA Online load times will soon be much faster.