In my junior year of college, I studied abroad in Nanjing, China – and at the end of my five-month term abroad, I decided to pick up some DS games for the long flight home. After all, I reasoned, games would probably be cheaper over in the country where I’d picked up a hand-tailored suit for just over $50, and, if I got Chinese translations, it’d help me work on my struggling ability to read Mandarin.

So, I asked a local friend of mine to take me to a place where I could buy games, and, when we had time, he led me to a little corner of the shopping district – all of these were electronics stores, he said, and I could buy games at any of them. We picked one, entered, and, in hesitant Mandarin, I asked the man leaning against the counter smoking a cigarette where the DS games were.

He looked at me for a moment. “We don’t actually carry those,” he said slowly – and then gestured to a stand full of R4 cartridges next to him, “but if you buy one of those you can download all the games you want.”

The store had official hardware on the walls – the PS2s, Xboxes, Wiis and DSes were all the real deal – but the software was another story. Their PS2 “library” was a CD case filled to the brim with game discs, and whenever a customer wanted one, they went to the back to start burning a fresh copy.

On this site, we have a lot of conversations (and a lot of arguments) about piracy and all the related matters: IP, DRM, who’s in the right, who’s in the wrong, and who’s just being a jerk. I’m pretty sure that I’ve made my opinion on the matter more than clear by this point: DRM isn’t a good thing, but piracy is arguably worse. Creators deserve to get paid for their work, consumers absolutely have the right to not support something they don’t like by not buying it, but nobody has the right to just take something without paying. For the most part, I think pirates are selfish jerks who just want stuff for free.

But then again, almost every conversation we have revolves around piracy in (fairly) affluent developed nations. There’s an entirely separate situation here that we almost never discuss: What about countries and societies with less wealth per capita, where piracy is the rule rather than the exception?

This wasn’t some hole in the wall. It wasn’t some seedy, obviously black-market dealership. It wasn’t a popsicle stand ready to pack up and leave at the first sign of trouble. This was a store in a popular shopping district that the proprietor had probably saved up to buy – this was where he and his employees made their honest living by selling pirated software.

On some level, even the most stick-it-to-the-man pirates in developed nations probably know that they’re doing something unethical; they’re just probably very good at rationalizing or ignoring it. At the very least, they know that they’re doing something that’s generally frowned upon. But that same thought probably never crosses the minds of the people who bought games in this little shop in China. To them, this is just how they get games. They go to the store and buy them the way most of us go to a GameStop (or your local equivalent) and pick up whatever suits our fancy.

How the hell are publishers supposed to deal with a world where piracy is simply the norm? Can they?

Simply put, in countries like China, pirates offer a version of the product that, if not outright better than a hypothetical official release, is certainly more accessible. For one, a gamemaker can’t expect to sell any legitimate copies in a region in which they don’t publish the game. My plan to improve my Mandarin by playing, say, a Chinese version of Phoenix Wright: Ace Attorney was doomed from the start, because there is no Chinese version … that is, unless you count the fan translation of the original GBA games, patched in to (you guessed it) pirated copies. 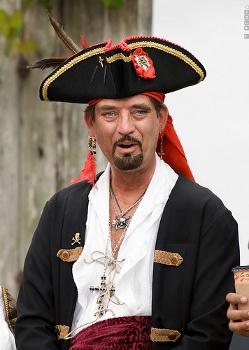 Time for a flash of the obvious: If you release an official, localized version of your game in these regions, you’ll sell more copies than you would if you just ignored it entirely and left it up to the importers. But would you sell enough to break even on whatever you spent on the localization?

The other major hangup, of course, is price. If a publisher tries to sell its games in developing nations at the same price as it does in the rest of the world, it will fail – period, full stop, no questions asked. In a country where I could get a good, hearty dinner for 10 RMB (about $1.46), $60 (or ~410 RMB) goes a lot further than it does here. People simply can’t afford those prices unless they’re in the very highest income levels.

Blizzard is on the right track here with its pricing models in China – sell the game at a sharply reduced price, only make it playable over there so you don’t have people in affluent nations importing to get it dirt cheap, charge a small subscription after an amount of time for those who really love it – but honestly, it isn’t going far enough. Skimp on fancy packaging to keep distribution and production costs down, just get the disc in stores, and sell it for 60 RMB ($8.78). The pirates still sell theirs for cheaper, but a publisher who does this would be much more competitive than it is now.

The trouble is, though, that even if a publisher did do this for its games, it’d by no means be assured of success. The pirates, who have absolutely no development costs to recoup (other than the cost of electricity, bandwidth and a blank CD), can undercut even the lowest of legitimate prices.

It’s also easier for some game-makers than others. Developers of primarily online games already have a way to encourage people to sign up to their services in order to play with others, but even just the process of localization for a game like Dragon Age or Final Fantasy XIII might cost BioWare or Square-Enix more money than it’d ever be worth.

So what does this mean? Should publishers just throw their hands in the air and give up, accepting piracy in these countries as the norm?

Maybe they should. Piracy is already a nigh-unwinnable battle even in countries where it is frowned upon. In parts of the world where piracy is the status quo, it’s hard to see any point in fighting tooth and nail to prevent it – you’re spending lots of money for (at best) a tiny gain. If you gave content creators a magic wand and asked whether they’d like for piracy to be eliminated in those countries, they’d almost certainly say yes, but as it stands it’s easier to just ignore it and suffer the losses. Sorry Nintendo, but the money you’re spending trying to fight the proliferation of the R4 over there is a waste.

I bought the R4 and loaded it up with a few games for the flight home. These days, having graduated, and gotten a job in the industry – where I’ve come to personally know people whose livelihoods depend on their games being actually purchased and not ripped off – I haven’t touched it in years. I grew up, and made the decision that I didn’t want to be something that I couldn’t respect. I didn’t want to be a pirate anymore.

That’s easy for one person to decide. Getting a whole country to do the same is something else altogether.