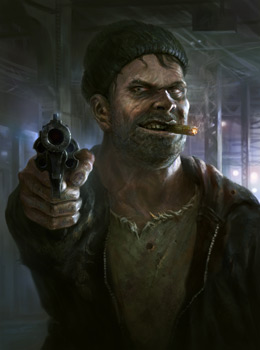 Brian Fargo says that no matter how Wasteland 2 fares when it finally launches, he’ll continue to use crowdfunding to support his future projects.

Brian Fargo and inXile Entertainment made a pretty big splash on Kickstarter earlier this year, vacuuming nearly $3 million out of the pockets of gamers desperate for some old-time post-apocalyptic role-playing. All fingers are crossed that Wasteland 2 will be as good as fans dream and a huge success for all involved, but even if it is and Fargo makes truckloads of money from it, he says he’ll still take advantage of crowdfunding in the future.

“It allows us to give things to people that they can’t get from just buying a product. Some people want to be an NPC, or they want a shrine in their honour in the game, or they want a boxed copy, or a novella. These things aren’t just gimmicks; they add real value,” he told GamesIndustry. “It’s also a great way of vetting the product in general. I like having that communication, because when people put their money down they’re more invested emotionally. And when you have this army of people who are a part of it, when you do launch you don’t need a big marketing campaign.”

And while some might look a wee bit askance at the idea of asking for financial assistance when it’s not actually necessary, Fargo said there’s more to it than just money. “Even if [Wasteland 2] sells a bunch and it could finance [another game], I’d like to keep that same relationship,” he said. “Let’s assume that I’m gonna deliver the game, so my backers are going to get whatever they were gonna buy anyway. If I pitch a new idea to my Kickstarter fans and nobody wants to fund it, I’m glad I didn’t make it. It builds on itself… Ultimately, it helps me that I’m spending time and effort on something that people actually want. I can’t see any harm in that because I’m giving people what they want at the end of the day.”

Zombies Are Better Than Vampires