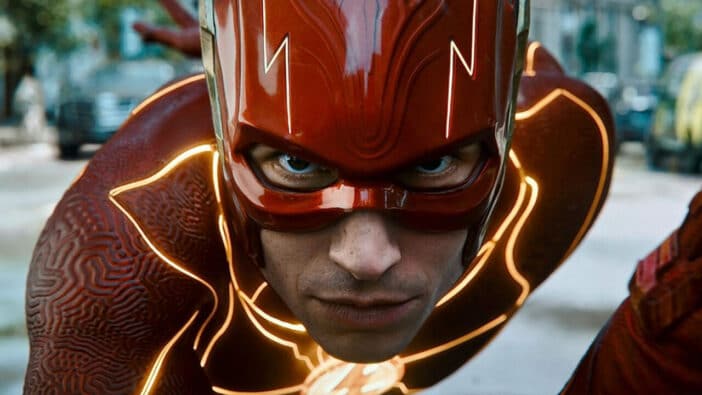 Just a few weeks ago the very idea that The Flash, DC’s attempt to right the course of its entire cinematic universe, could be shelved would seem impossible, but with Warner Bros. Discovery’s new CEO, David Zaslav, going full burnt ground on anything he doesn’t think is going to look good for the company, that possibility has become more likely. THR is reporting that after the most recent arrest of the film’s star, Ezra Miller (who uses they/them pronouns), and their troubles with child services looking for a family staying with Miller, WB is pondering three options — one of them being to scrap The Flash entirely.

However, according to this report, scrapping the film is the least likely option. The movie is already made and cost the studio $200 million to produce. It couldn’t be reshot with a new actor because Miller is in almost every scene and plays multiple characters (thank you, multiverse), and somewhat surprisingly, the film has tested well with audiences. Scrapping the movie would only occur if things got even worse for Miller and the negative blowback of having them in a movie would no longer add up for Zaslav, who has already shown he’s willing to cancel things if he thinks they aren’t profitable enough.

The other two options for how to handle Ezra Miller and the release of The Flash at WB are far more likely. The first and easiest (for the studio) is that Miller cleans up their act, gets help, and then does a limited, apologetic press tour for the film. The actor is evidently on this trail as they returned home and has their mom taking care of them, with an eye on getting professional help. If that happens, then the film will release as planned. If Miller doesn’t get help or fails to regain control of their spiraling life, then WB could release the film without the actor doing any press, quickly recast the role (thank you, multiverse), and then move forward with whatever plans Zaslav is lining up with a new actor.

Whatever the outcome, let’s hope that Miller gets whatever help they need first and foremost. After that, let’s hope that whatever plan Zaslav has can finally get the DC films into some sort of state of uniform quality, or else we’re all just going to be stuck with musical Joker sequels.