A month ago my dad passed away from an aortic aneurysm. We had no warning. Everything went on hold as I rushed back to the U.S. for his service.

When someone dies suddenly there are a lot of jobs left to do. One of mine was organizing my dad’s Vietnam papers. It was by turns painful and fascinating, a chance to learn new things about my father and a reminder of all the things I’d never know. As I leafed through newspaper articles and crumbling draft cards, I felt a dawning realization: Most of what I knew about my dad’s tour of duty came from movies we watched together. My dad had used these films as a teaching tool, much like I use games to examine real-world issues in this very column. That epiphany has convinced me of something I’ve felt for a long time, but haven’t yet said in public-we need more combat veterans writing about games.

My dad served as a radiotelephone operator in the 9th Infantry Division. Initially his combat duties sent him on search and destroy missions and amphibious landings as part of the Mobile Riverine Force, but that soon changed. Partway through his tour he volunteered for the division’s long-range reconnaissance patrol unit, a special forces group that briefly replaced the Rangers during Vietnam. LRRP teams were six man units that would insert into hostile territory via helicopter in order to locate the enemy, search for downed pilots, or ambush VC patrols. It was dangerous work. When his first tour ended and the Army ordered him to stateside duty, he avoided it by signing up for a second combat tour as a radio advisor to the Royal Thai Army. Between 1967 and 1968 he survived one and a half combat tours, two helicopter crashes and the Tet Offensive before a VC rocket knocked him out of the war. He’d also seen and done things that he found difficult to talk about, even with people he loved and trusted. Yet he still wanted people to understand him.

Because those memories were too uncomfortable to deal with directly, he often used an intermediary medium to tell me about his war experience. Sometimes it was a military museum. On very rare occasions, he guided me through his photos and war memorabilia. But dad’s favorite way to tell me about the war, hands-down, was the movie theater and video store.

The first Vietnam film I saw with my dad was Operation Dumbo Drop. It was the week of my eleventh birthday. The film itself is terrible-a Disney-produced children’s comedy about the Vietnam War-but I’ll never forget how it opened a part of my dad I barely knew existed. As we drove home in the car, visitation day over, my dad talked about the war for the first time. It was all kid-friendly stuff, mostly about the importance elephants hold in Vietnamese and Thai culture, but it was a start. I asked him if he’d fought, and he said yes.

I asked my dad how many people he’d killed.

Years later, I still regret that question. My dad stiffened with an emotion I’d never seen before: Vulnerability. He said, too quickly, that he didn’t know. In a battle the enemy is far away, he said, and you often can’t see what you’re shooting at. That question killed the conversation dead, but there were other times and other films. The campaign had started. 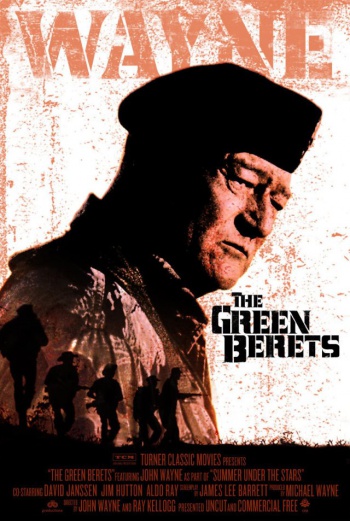 Good Morning, Vietnam was next, since it was the most kid friendly. While dad liked Robin Williams’ antics as the rogue Armed Forces Radio Network host, he told me afterward that everyone in his unit hated the DJ, who got to sit in a studio being cheery while the infantry was getting shot at in the rain (but they still listened to him because he played good music). When I was old enough to handle gore, the floodgates opened. Saving Private Ryan became a lesson in what an amphibious landing was like. Hanoi Hilton and various documentaries taught me about POWs. After each film my dad debriefed me, critiquing each movie’s realism. He derided The Green Berets, an uncritical and optimistic John Wayne movie that was made before the war was even over. Platoon was technically accurate but overblown-in my dad’s view Oliver Stone distorted the war, taking everything bad that happened during Vietnam and smashing it into two hours. Apocalypse Now wasn’t historically correct, but captured the internal struggles troops went through while operating far outside mission parameters and proper oversight.

He was particularly fond of We Were Soldiers, since not only did the film emphasize helicopter insertions and radio operators, it was also set earlier in the war when morale was higher and drugs weren’t as much of a problem as they were after he mustered out. His favorite Vietnam movie, oddly enough, was Forrest Gump. Not only did Forrest serve in the 9th Division, but according to my dad everything about their uniforms and environment was spot-on correct-even the hand-painted signs around base camp. It seems trivial, but Vietnam movies made it safe to discuss the war. They helped my father share himself with me, piece by piece. Meanwhile, he served as a guide and guardian, helping me decipher reality from Hollywood myth.

It’s the same thing I try to do with Critical Intel. When I point out an inaccuracy or elaborate on a game’s successful depiction, the goal isn’t merely to criticize the game but to use it as a launching point for educating the audience. Games are full of teachable moments, whether it’s George Washington stepping down from power or concerns about U.S. drone policy. Even a thoroughly bad game like Call of Juarez: The Cartel can teach readers useful lessons if you’re willing to lance all its lazy assumptions like boils, then disinfect them with well-researched facts.

We need this now more than ever. And as games become increasingly convincing simulations of real-life topics and subjects, we need writers that are able to separate truth from showmanship. This is especially true for the military game genre, since it tends to fetishize realism while rejecting anything that would make combat “un-fun”-despite the fact that combat isn’t a fun experience. While I can write about this area, I’m an imperfect guide. Unlike my father, I have never been to war. I can analyze policy, read reports and make arguments based on an academic conclusion, but I’m not the right person to describe whether Battlefield 4 authentically recreates the feeling of being shot at. I will always come to that experience as an outsider.

We need veterans writing about games, and we need them badly. One of the major failures the games press made this decade-and I include myself in this-is that we’ve allowed military games to dominate the industry without seeking comments from men and women in uniform. This is thankfully changing. Jacqueline Cottrell recently published an interview asking two military women about how they felt about how games represent female soldiers. Last year the anonymous editorial Call of Apathy was shortlisted for the Games Journalism Prizes. Also last year, journalist Kris Ligman interviewed her friend, an Iraq vet, about his thoughts on Spec Ops: The Line. But these are the exceptions rather than the rule, and games journalism lacks a consistent voice that can discuss combat in an educated, experienced manner. 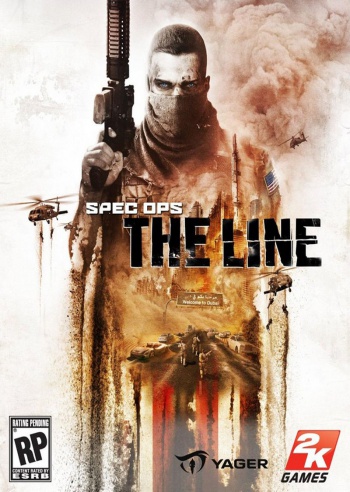 But this need goes beyond calling designers on their BS. The truth is, we’re missing a big opportunity to bridge the military and civilian world. The United States and its allies have been at war in the Middle East (and elsewhere, unofficially) for a dozen years now, yet only 1% of the U.S. population has served in Iraq or Afghanistan. The result has been an American public divorced from the war’s direct impact, experiencing it through economic hardship and national debt rather than personal sacrifice. War-weary and lacking personal connections to the conflict, military and veterans’ issues fly under the radar for many Americans. The modern warfare genre’s broad appeal has the potential to help civilians better understand the military and how it works, provided an experienced vet can use the media as a jumping-off point to frame the crucial issues.

And we are, I hope, coming to a place where there will actually be something better to criticize. While the modern warfare genre hasn’t treated the War on Terror in an entirely positive light, I think we’re still too close to the war to really make a fair appraisal of it. It took eleven years after the U.S. withdrawal from Vietnam before Platoon came to theaters. Before that, works dealing with the conflict were less serious efforts, focused on the war’s aftermath, or used it allegorically like Apocalypse Now. While Spec Ops: The Line was a conscious attempt to recast Apocalypse Now in game form, the rest of the genre is just The Green Berets over and over again – either unable to see the larger picture or unwilling to endanger its profit margin by taking a stand. The first attempt to give the war a matter-of-fact treatment, Six Days in Fallujah, crashed and burned on bad PR, the subject apparently still too raw.

Let’s hope that in a few years that will no longer be the paradigm.

My father’s Vietnam stuff fits in half a banker’s box. That seems too small for what it represents. There’s dad’s boonie hat, which he got from swapping equipment with the Aussies, and a Zippo lighter with a map of Vietnam on the back. There are clippings about firefights from the 9th Division newspaper, some photos and a jingling box of medals, unit patches and .50 caliber rounds. One envelope contains five articles from 1986-when I was two years old-all written by veterans arguing whether Platoon is authentic.

War media is important, even when it’s fictional. It shapes how people view the military and how the veterans view themselves. Even when designed to entertain it can educate non-veterans about the personal and societal costs born from battle. Perhaps most importantly, it can give family members insight into the lives of the people they cherish and serve as a starting point for discussion. For my dad’s generation, the chosen medium was film, but today’s veterans may be different.

Ten years from now, a father may call his son over to the couch, hand him a controller and say: “Hey buddy. C’mere and sit down. I want to show you something.”