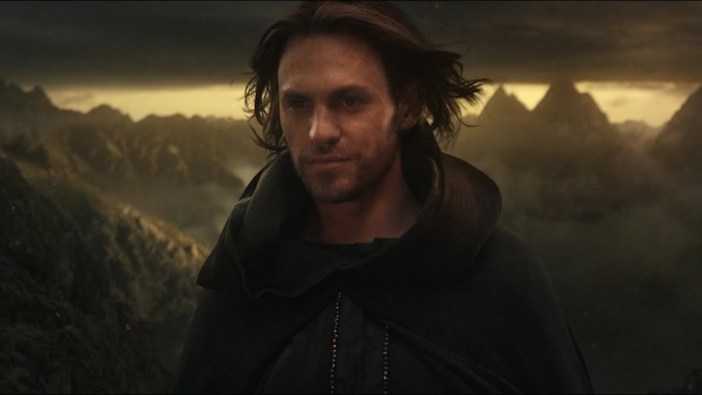 After eight thrilling episodes that honored Peter Jackson’s beloved Lord of the Rings film trilogy while departing from JRR Tolkien’s original source material in surprising ways, the first season of Amazon’s The Lord of the Rings: The Rings of Power ended in October. With fans having to wait for likely more than a year until the second season — filming began shortly before the first season finale — and little news released about the plot details, we can take our best guesses based on Tolkien’s books and the plot of the first season as to what we can expect to come next in The Rings of Power season 2.

Big Things to Expect from The Rings of Power Season 2

Sauron and the Elves

Now that Galadriel (Morfydd Clark) knows the truth about Halbrand’s (Charlie Vickers) identity, her friendship with the dark lord will likely be a strong focus for The Rings of Power season 2. Considering Elrond (Robert Aramayo) is the only other character who has figured out that Halbrand is really Sauron, this secret will likely lead to conflict between Galadriel and the rest of the Elves, especially as they have new shiny Rings of Power to wield.

Additionally, this season developed a simmering romance between Galadriel and Halbrand, but we know her husband, Celeborn, appears in the later Lord of the Rings trilogy. While Galadriel believes he is presumed dead, Celeborn has to reappear at some point in The Rings of Power. This version of Galadriel has been incredibly independent and driven to action, far from the isolationist and mysterious Galadriel we know later in Lothlorien. The return of Celeborn and the brewing power of Sauron could lead to a conflict in terms of who Galadriel wants to be. 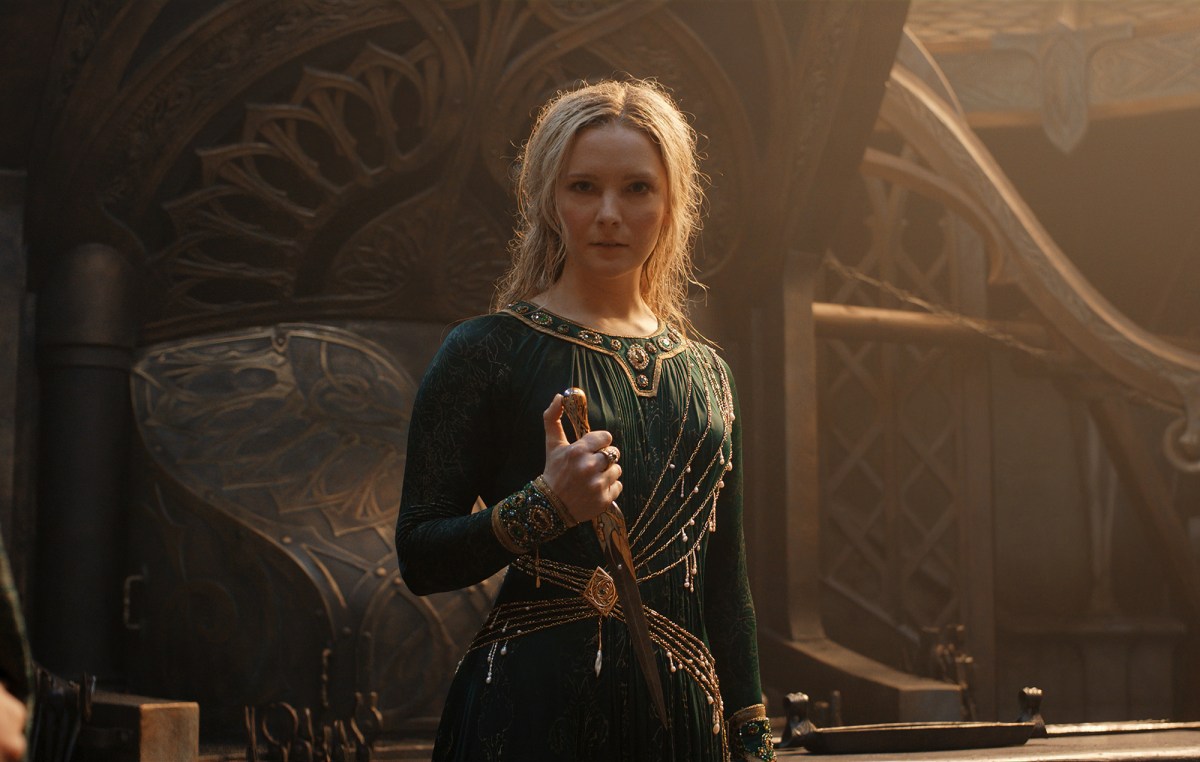 After mysteriously falling from the sky with no clue of his identity, the finale heavily implied that the Stranger (Daniel Weyman) is Gandalf in his very young and early days. In true Harfoot fashion, Nori (Markella Kavenagh) believed in Gandalf’s goodness all along, despite some missteps with his magic along the way. However, the three unnamed mystics hunted Gandalf all season, believing him to be Sauron. While not yet named as Gandalf specifically, the mystics identified him as “Istar,” or wizard.

Though Gandalf temporarily defeated them, the witches are bound to return and find their true master to serve. The mystics are original characters for the series, which leaves us in an exciting place of not having a clear destination for their plot. The Rings of Power season 2 will likely delve into more of their origin and purpose in Middle-earth with Gandalf and Nori having a role to play in opposing their dangerous devotion to Sauron — and perhaps revealing how Gandalf receives his name.

After giving Elrond mithril to help heal Eregion, Prince Durin (Owain Arthur) put the wellbeing of his own home at stake for the betterment of his friend, even though this meant going directly against his father, the king. Lord of the Rings fans know that mithril is an important mineral in the larger lore, even saving Frodo Baggins’ life. Furthermore, a glimpse at the end of episode 7 reveals the Balrog in the Mines of Moria that would eventually defeat Gandalf and lead the Dwarves to abandon the mines entirely.

It’s clear that mithril is foreshadowing the dangers of greed for the Dwarves. Yet, it’s unlikely that Durin and Princess Disa (Sophia Nomvete), who has proven herself to be more political than her husband, will let go of such a precious resource. The Rings of Power season 2 may dive further into the conflict with the dwarves’ mithril and perhaps lead Elrond to save his friend in return. 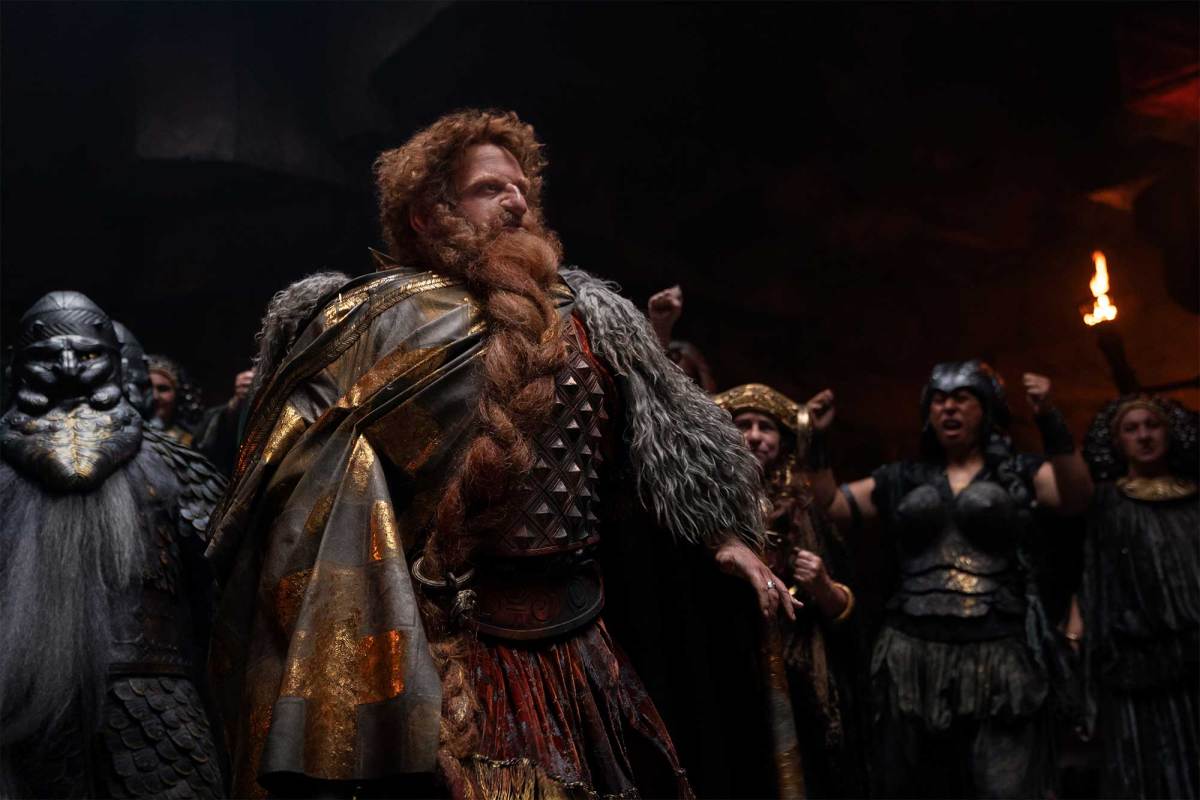 After siding with Galadriel and coming to the aid of the Southlanders, Queen Miriel (Cynthia Addai-Robinson) faced a setback and lost her vision. Meanwhile Elendil’s son, Isildur (Maxim Baldry), is presumed dead. Anyone who has seen the first 10 minutes of The Fellowship of the Ring knows that Isildur has survived and has an important role to play with the One Ring and the coming war against Sauron. What we don’t know is what will lead him to make such a disastrous decision.

Additionally, a big focal point of the first season of The Rings of Power was the opposition to the Elves. By fighting with Galadriel in the Southlands, Miriel and Elendil (Lloyd Owen) will likely face political turmoil when they return to Numenor, especially after the king’s sudden death. While Miriel should unquestionably take the throne, we know from Tolkien’s source material that Pharazon (Trystan Gravelle) will instead, aiding Sauron in his fight against the Valar. How The Rings of Power will stage these unfolding events is unclear, but Miriel and Isildur’s allyship is likely going to be an important chess piece in the coming war.

After fighting for their home and the freedom of Men, Bronwyn (Nazanin Boniadi) and Arondir (Ismael Cruz Cordova) fled for the West. As additional original characters for the series, we have no idea where their story will head, but they are likely key to the future conflict with Sauron. Bronwyn’s son, Theo (Tyroe Muhafidin), unwittingly had Sauron’s sword hilt for some time before giving it to Arondir. It’s possible Theo may still have some connection to Sauron that exposes him and his family in the coming war.

Furthermore, we know that Halbrand is headed back to the Southlands after devising the initial Rings of Power with the Elves. In The Rings of Power season 2, we could potentially expect to see the early days of Mordor under Sauron’s rule, where he will develop his own forge for the One Ring in Mount Doom. Wherever they end up, Brownyn and Arondir are poised to continue the fight against Sauron.