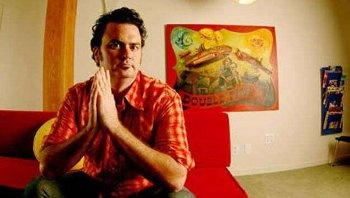 Having a team that works well together is better than simply decreasing costs.

We’ve seen it a hundred times before. A game, like the recent Kinect fiasco Fable: The Journey, ships to stores and suddenly there’s an announcement that Lionhead Studios is reducing its staff. It doesn’t even matter if the game shipped is successful or not. Once it’s out the door, there’s a good chance the developer will thin its ranks. A few prominent developers, such as Double Fine’s President and CEO Tim Schafer, think that such “typical” or “routine” layoffs are a really, really bad idea.

“One of the most frustrating things about the games industry is that teams of people come together to make a game, and maybe they struggle and make mistakes along the way, but by the end of the game they’ve learned a lot – and this is usually when they are disbanded,” Schafer said.

It’s silly to reward finding out a team’s best practices with a security guard escorting them out the door. “Instead of being allowed to apply all those lessons to a better, more efficiently produced second game, they are scattered to the winds and all that wisdom is lost,” he said.

Schafer isn’t just talking hypothetically. When he was faced with such a situation after his team shipped one of the most influential games of the last decade, he didn’t pull the trigger on layoffs like he could have. “After Psychonauts, we could have laid off half our team so that we’d have more money and time to sign Brütal Legend,” he said. “What message would that have sent to our employees? It would say that we’re not loyal to them, and that we don’t care.

“Which would make them wonder ‘Why should we be loyal to this company?’ If you’re not loyal to your team you can get by for a while, but eventually you will need to rely on their loyalty to you and it just won’t be there,” he continued.

The worst part is that most developers engage in a practice called crunch to put the finishing touches on a game, asking employees to work up to 16 hour days with little to no time off to get it done. Instead of basking in the success of completing a project, these game developers and designers are asked to leave soon after they were just put through the ringer.

The whole process seems inhumane and just, well, wrong. Hopefully more developers – and publishers, honestly, but that’s wishful thinking – will recognize it and change their hiring and firing ways.