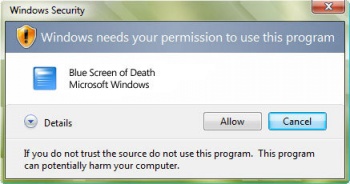 When Emma Alvarado bought a pre-loaded laptop with Vista, it cost her $59.25 to get a downgrade to XP, which she’s hoping to get back in court.

Microsoft responded by saying, “We still have not been served with the Alvarado lawsuit, so it would be premature to comment on the complaint or the specific allegations.” That said, “Microsoft offers downgrade rights as part of some Windows Vista licenses, including Windows Vista Business purchased through the OEM channel.”

This new filing comes on the heels of US District Judge Marsha Pechman giving consumers the go-ahead in February 2008 to file a class action lawsuit against Microsoft for providing misleading information about Windows XP computers being able to run Vista, back in December 2006.

UPDATE:
This Thursday, Emma Alvarado has upgraded her complaint to the Seattle court.

While the original suit still stands, more details have been added on how Microsoft is allegedly screwing the market by charging for downgrades.

This practice means that Microsoft would “inflate its sales figures for Vista” without people using it. She also cites a customer who had to pay $130 to downgrade, something at odds with Microsoft’s claims.

Microsoft’s response was to repeat its claim from last time: “Microsoft does not charge or receive any additional royalty if a customer exercises those [downgrade from Vista to XP] rights. Some customers may choose or need to obtain media or installation services from third parties to install the downgrade version.”

The plot, and the case, thickens.