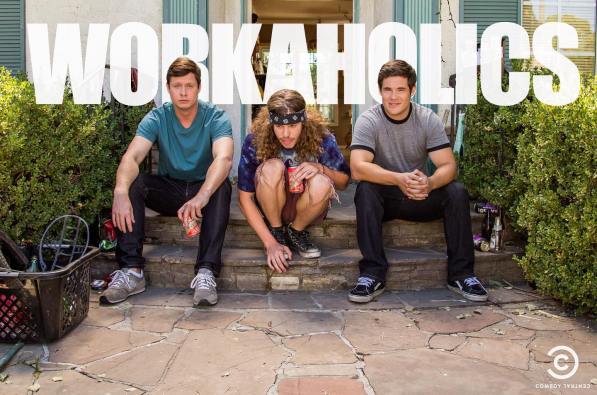 It is not a good time to be a person making any content for a streaming platform. Things are getting canceled left and right, even if they were already renewed, and only the most successful of successful shows are getting more content. And so it probably doesn’t come as a surprise that the greenlit Workaholics movie has been canceled at Paramount+, leaving the showrunners to shop the film, a continuation of the TV show of the same name, to other streamers.

Paramount+ hasn’t commented on the film’s cancellation, but show creator / writer / star Adam Devine made the announcement on Instagram. The Workaholics movie was canceled only five weeks prior to when it was supposed to enter production, meaning they were already pretty far along in not only the creative end but in putting money into the movie, and cast and crew already were booked for shooting. However, streamers are looking at their books and tightening their belts, and a spinoff film for a relatively niche TV show was probably a pretty obvious choice for Paramount. Devine is, in his own words, “deeply butt hurt” by the decision:

Welp, Paramount + decided to cancel the Workaholics movie. Obviously, this news is the loosest butthole. We were suppose to begin filming in 5 weeks! P + told us [we] don’t fit their new “global” strategy…We are deeply butt hurt about this decision because we were so excited to bring the weird one last time. I’m butt hurt that I don’t get to work with my best friends again. I’m butt hurt for the fans, and I’m butt hurt for our loyal crew, and other cast members who are now going to have to scramble to find new jobs.

The original series ran for seven years on Comedy Central and was one of the funnier series on television. Workaholics was a perfect choice for a new streamer to pick up for making a movie as it tried to pull in devout fans in the streaming heyday of 2021 (so long ago). Streamers were all tossing money at any franchise they could to land subscribers. But it’s 2023 now, and the game has changed. Netflix is losing subscribers, Warner Discover is removing entire TV shows, and even Disney is in limbo as a new (old) CEO takes over. Basically, this is just another casualty of the market coming back to reality.