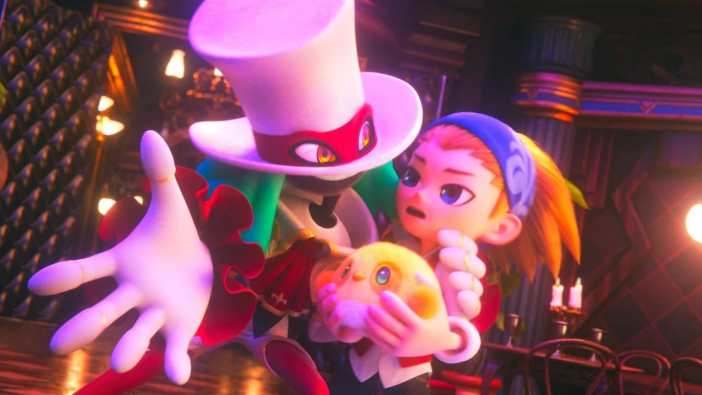 Sonic the Hedgehog co-creator Yuji Naka has offered up some heavy revelations regarding the difficult and arguably failed development of Balan Wonderworld at Square Enix and Arzest. Specifically, Yuji Naka claims he was removed as director of Balan Wonderworld at Square Enix about half a year before the game’s launch, that Square Enix producer Noriyoshi Fujimoto controlled and was responsible for the game’s inadequate development schedule, that Square Enix and Arzest do not care about game quality, and that Naka could not speak on any of this until now because he had filed a lawsuit against Square Enix. Suffice to say, it’s a lot to absorb.

The ever reliable Cheesemeister on Twitter has helpfully translated Naka’s lengthy string of tweets on the matter. The statements go to some pretty unusual places. For instance, Naka was upset when a YouTuber’s arranged version of a song from Balan Wonderworld was promoted by Square Enix instead of the original song, which Naka believed devalued the work of the original composer who received no attention.

Additionally, Yuji Naka apparently had a falling out at some point with Naoto Ohshima, the head of Arzest and also Sonic the Hedgehog co-creator. Citing court documents, Naka claims Ohshima said to Fujimoto that “the relationship with Arzest was ruined due to comments (Naka) made wanting to improve the game in the face of Arzest submitting the game without fixing bugs.”

“I was removed as the director of Balan Wonderworld about half a year before release, so I filed a lawsuit against Square Enix. Now that the proceedings are over and I’m no longer bound by company rules, I’d like to speak out.” #BalanWonderworld https://t.co/Ht0Zc9soBa

Yuji Naka has apologized for Balan Wonderworld being a disappointing final product, and he wishes the development team could have continued trying to fix and improve the game up to the very end of development, as he says occurred during the creation of Sonic the Hedgehog. Apparently, it was the fact that Square Enix refused to let Yuji Naka have any involvement in the last part of Balan‘s development that led to his lawsuit. However, Naka does not appear to have discussed the outcome of the lawsuit at all. We also have not received any official statement from Square Enix or Arzest on the matter. The full truth may stay ambiguous.

While there are a few fans and apologists, the popular consensus is that Balan Wonderworld is a mess. There had been speculation about who exactly was to blame, and today’s statements add a lot of new fuel to that fire. However, Naka has moved on regardless. He created a mobile game all on his own called SHOT2048 last December, and it’s pretty decent for a first try.