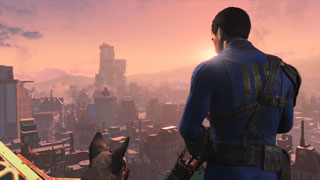 Zenimax is now being sued by Dion, who says the use of his song “The Wanderer” in Fallout 4 ads was objectionable.

If you watched any television or internet videos in the months leading up to the launch of Fallout 4, you probably saw the ads for the game featuring the song “The Wanderer. First released in 1961 by Dion DiMucci, the song appeared in a number of trailers for the game.

According to a report on The Wrap, Dion has filed a suit saying that he never signed off on the use of the song in those ads. While DiMucci did enter an agreement through UMG Recordings to license the song for the commercials, the suit claims that he also had the right to separately negotiate a better deal with Zenimax himself.

The suit alleges that Zenimax failed to separately bargain, and did not obtain his advance consent before airing the commercials. This is the crux of the claim, as DiMucci says that the ads were “objectionable” due to their violent nature. The suit reads,

“Defendant’s Commercials were objectionable because they featured repeated homicides in a dark, dystopian landscape, where violence is glorified as sport. The killings and physical violence were not to protect innocent life, but instead were repugnant and morally indefensible images designed to appeal to young consumers.”

DiMucci’s suit says that had Zenimax sought his consent, he could have either convinced them to change the scripts of the ads, or negotiated a higher fee to “safeguard himself against the potential loss of goodwill.”

The suit is seeking general damages in excess of $1 million.

We have reached out to Zenimax for a comment on the suit, but as of publication, we have not received a response. If we do receive a response, we will update this post with it.