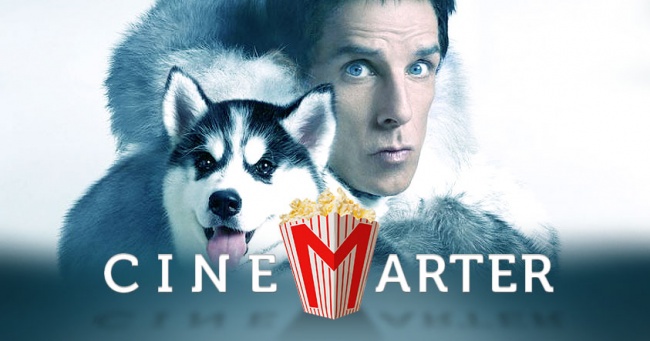 There are very, very few comedy sequels that are worthwhile. I figure the reasoning behind this is rather simple: the filmmakers put all of their effort and best jokes into making the original, so by the time the sequel comes around, they’re out of places to go and things to say. Theoretically, that should mean that Zoolander 2, which is coming out 15 years after the original, shouldn’t suffer from this problem. It has four writers, only two of whom worked on the original, and it’s been 15 years. If the creative juices were dried up after the first film, they’ve had plenty of time to be replenished.

Unfortunately, Zoolander 2 is more nostalgic cash-grab than laugh-out-loud comedy. This is a lazy movie that has multiple handfuls of celebrity cameos in place of jokes, an exotic locale (Rome) so that its stars could get a paid vacation, and a D-level plot that feels more like a 12-year-old’s fanfiction than something that Hollywood screenwriters could come up with. I would have had to be on laughing gas to do more than an occasional chuckle at Zoolander 2, and even that might be a generous prediction.

Appropriately set a decade and a half after Zoolander concluded, we learn through news clips that the reading center Derek Zoolander (Ben Stiller, also director and co-writer) built collapsed after a couple of days, killing his wife (Christine Taylor) and critically disfiguring his new friend, Hansel (Owen Wilson). He also lost custody of his son and retreated into the wilderness to be a recluse. However, after receiving a message delivered by Billy Zane, which invited him to a fashion show, he decides to get back in the game to regain his former fame and convince social services that he deserves to be reunited with his son (Cyrus Arnold). 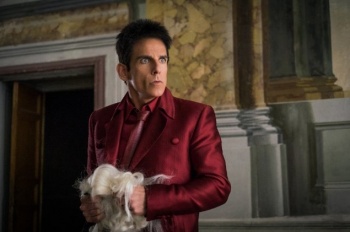 (Sidebar for a second. Zoolander 2 reminded me that it’s been a while since we’ve seen Billy Zane on theatrical screens. It turns out that it’s been half a decade. The Roommate was the last time! And nobody remembers that movie. Personally, I’m not quite sure why The Scorpion King 3: Battle for Redemption didn’t help him rise up like a bad idea and out of the obscurity of direct-to-video films, but that sadly didn’t happen. Oh, well. Could Zoolander 2 mark the last time Zane books a movie that gets released in theaters?)

It turns out that Zoolander and Hansel are about to be entangled in a plot that will remind you of a terrible spy movie. Several pop stars have been murdered – the first scene in Zoolander 2 is an exceptionally violent death of Justin Bieber – and it’s up to Zoolander, Hansel, and INTERPOL Agent Valentina (Penelope Cruz) to figure out who’s behind their deaths. Why? They all made one of Zoolander’s famous faces before dying, that’s why.

Zoolander 2 is what a 2016 Austin Powers sequel would look like if its protagonist were a moronic fashion model. It doesn’t work.

It’s basically an excuse for the actors to go to Rome, the characters to return to the big screen, and handfuls of celebrity cameos to throw themselves at the screen. The plot is needlessly complicated but ultimately more or less pointless. It has twists and turns but none of them will be a surprise, and none of it will matter in the end. It all feels so inconsequential. The characters don’t seem to care a whole lot and the stakes couldn’t feel more low – until the very end, by which point you’ll have likely given up.

The biggest problem with Zoolander 2 is that it appears to be missing the jokes. It’s like they were cut out of the film before its release or something, because outside of one or two moments, it didn’t even feel like the filmmakers were trying. And this is a talented cast and crew, so that shouldn’t be the case. Zoolander’s schtick is that he’s stupid, and so he says stupid things. And that’s about 80% of the attempted comedy in the film. The rest comes from celebrity cameos, of which there are at least 20, and those are just the ones I counted.

Even most of Zoolander 2‘s performances are bad. Ben Stiller’s Zoolander has never been well-acted, and here most of his screen time is used up on variations of the same moronic face or spouting lines that are so stupid you can’t even laugh at them. Owen Wilson does nothing as the sidekick, Penelope Cruz feels wasted as the love interest, Kristen Wiig is here to mispronounce words, Will Ferrell serves as a lackluster villain, Cyrus Arnold is a terrible actor with absolutely no presence, comedic timing, or depth, most of the celebrity cameos are awful, and Benedict Cumberbatch is here, playing an androgynous model, for some reason. Hansel and Zoolander’s reactions are supposed to be funny, I guess, but the film doesn’t do much with that.

In fact, that’s part of why it isn’t funny on the whole. The film clearly wants to showcase how out-of-touch its leads are with the modern world, but doesn’t use them to make any observations or jokes about it. There’s the potential there, but the filmmakers either weren’t clever or interested enough to take us in that direction. Instead, the film mostly just point out celebrities and has its characters say stupid things. That’s the entire movie.

Zoolander 2 is a cash-grab sequel that’s coming way too late and with far too little observable effort. The plot feels ripped from a D-grade spy movie, the characters are all stupid or non-entities, there are few jokes and almost no laughs, and the celebrity cameos are so plentiful and annoying that they detract from the film, which itself is dull and uneventful. Zoolander 2 is what a 2016 Austin Powers sequel would look like if its protagonist were a moronic fashion model. It doesn’t work.

Bottom Line: A comedy that isn’t funny is a bad comedy, and Zoolander 2 isn’t funny. It’s also boring and lazy.

Recommendation: Even those who fondly remember the first film would be better off re-watching it than sitting through this thing.