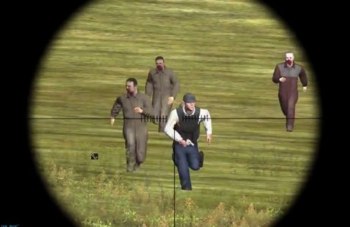 Dean “Rocket” Hall tells us how the standalone DayZ title will squash hacking, and teases the future of the title on consoles.

During my last day at GDC, I had the chance to chat with DayZ creator Dean “Rocket” Hall just before he departed San Francisco to prepare for a trip to Mt. Everest. The day after Hall spoke at his own panel that focused on development of the DayZ mod, he shared with me some details regarding the development of the upcoming DayZ standalone title, as well as the future of the brand.

When I approached the topic of DayZ coming to consoles, Hall admitted that despite a lot of speculation, nobody had really posed the question to him in a straightforward manner. After I took the opportunity to do so, he revealed that while a console version of the title isn’t currently in development, there’s nothing keeping it from happening in the future.

“Certainly I think if we don’t, for want of a better word ‘fuck up,’ the PC release then I would say a console port is almost certain,” Hall revealed. “I know a lot of people get really hot and bothered about it. Like, I’m not a console gamer, I’m a PC gamer, but I don’t think it necessarily has to hurt things.”

But what consoles would be likely to see a DayZ title in the future? At the moment it seems like the PS4 may be the leading candidate. “It appears to be the kind of game that Sony are interested in, I think we just have to wait and see,” he continued. “We’ve talked and met with Sony, and they’re very – you know, they’re obviously interested.”

When it comes to the DayZ mod, hacking is a major issue. For the standalone release, the development team wanted to make sure that the same security issues that plague the mod didn’t pop up again. “It’s very difficult to be able to turn around and say ‘We have solved hacking’ because of the nature of it and even what [the hackers] are trying to do, it’s a creative thing,” Hall explains.

However, the project’s progress towards launch has already been pushed back six months in order to tackle the hacking issues, and the changes that have been made are far-reaching. Unlike in the DayZ mod, each players’ computer won’t receive updates for each action that takes place on server. “There’s kind of now a bubble around the player,” he notes. “So the player only receives updates that are relevant to them.”

This change is designed to do two things: It cuts down on the bandwidth usage and lag that is so prevalent on many DayZ servers, and also prevents cheaters from being able to create tools that show where other players are on the huge, open map.

There is currently no firm release date for the standalone version of DayZ, though Hall and his team are continuing to release developer video blogs to showcase their progress towards an eventual launch.