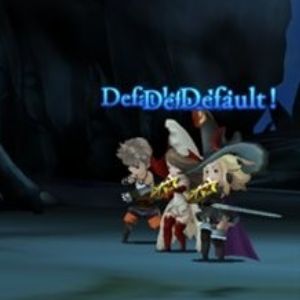 It doesn’t take long to get the gist of what Bravely Default is attempting to do. The game seeks to be a bridge between old-school JRPGs of yesteryear and the modern social mechanics available to it on the 3DS. Sometimes this comes to bare in odd ways, like a completely unnecessary and throwaway inclusion of microtransactions, but thankfully none of this compromises the core game. Bravely Default is a damn-near perfect throwback to games like Final Fantasy in all but the name.

The characters, story and narrative for Bravely Default can shift from being one its best elements to one of its weakest. The overall plot is a bit by-the-numbers with some all-powerful elemental aligned crystals, encroaching darkness, world in turmoil, etc etc. You’ve played it all before, or at least that’s what it will seem like at first. Where it does shine, while staying fast to these nostalgic roots, is some of the additional narrative surrounding that. There’s a big initial push about dueling ideologies vying for either traditional religious roles or the advancement of mankind beyond the need for such things.

Bravely Default also moves away from the idea of there being a single main character and the party being made up around that one point of view. You’re quickly introduced to the four central party members, each of them with their own goals and backstory, and none of them have that feeling of being secondary. It’s actually quite refreshing to see multiple characters participating in conversations, rather than just you controlling the central hero/heroine. There’s also an impressive amount of the game being voiced for a handheld title. If you’re the sort, the Japanese dialogue does come across a few notches better than the English with a few less grating voices and a bit more nuance.

Where Bravely Default feels like it slips up though is the often overly cartoonish characters and situations it likes to throw at you on occasion. Let’s face it, plenty of JRPGs have their quirky elements, but the narrative can at times feel at odds when it can shift from religious persecution or children dying to mustache twirling villains in the vein of Snidely Whiplash with a sufficiently silly and over-the-top voice-over to accentuate this. Thankfully these tend to be the exceptions not the rule. 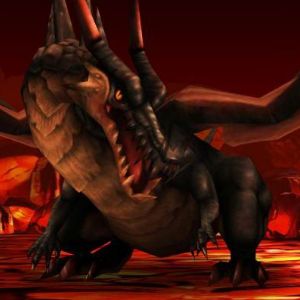 Part of this however works into the game’s overall story arc and eventual subversion of what’s initially familiar. It’s hard to discuss without spoiling the whole thing though. It is worth mentioning that the latter portions of the game do involve a bit of repetition and backtracking to a degree that’s going to unsettle some. Again it ties back to the plot, but your tolerance for this will vary depending on how much of the additional sidetracking content and quests you’re willing to pursue while hitting the familiar landmarks.

These side quests are used to unlock new jobs, which makes up one of the core features of Bravely Default‘s gameplay. Jobs have been an on-again off-again inclusion in various iterations of the Final Fantasy franchise. They are in essence classes, but rather than being bound to a single class at character creation you’re free to swap your job as you play. A character’s job will determine what skills they unlock for it, how their stats progress, what weapons and equipment they work best with, among other things.

Bravely Default takes this a few steps further by allowing you to mix and match your secondary abilities along with a limited pool of unlocked enhancements. You might for instance use the Knight’s Two-Handed ability in order get more damage on your Thief. Or maybe you get enough levels in White Mage so that your hearty Monk can toss out a heal. It’s a system that encourages you to experiment and find combinations that not only work well on a single character but also complement your total party. There’s a simple pleasure for the more statistical minded RPG fans to maximizing all the little details and planning out what skills to acquire next, and Bravely Default gives ample opportunity to scratch that itch.

Similarly, Bravely Default gives you more freedom and choices to make in the combat itself. While the game is an otherwise traditional turn-based system, there are two additional commands outside of the ones your used to seeing. Default allows you to store up your action for the turn while also defending yourself. In tandem, Braves let you take multiple actions during that turn, even going into the negatives, but you’ll have to wait out the deficit. It’s a clever addition that forces you to balance when your characters are going all out, or when you want to keep them reactive. There are a lot of subtle interactions worth chaining together too, like say an ability that increases your damage for that turn. On it’s own this is rather worthless if you don’t act against that turn, but if you have additionally Brave’d several times you can pummel your opponent. 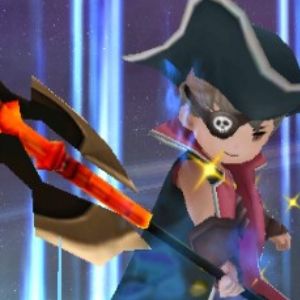 This is also unfortunately where Bravely Default‘s nonsensical microtransaction comes into play. The party has a limited number of SP, sleep point, actions. SP lets you interrupt combat immediately and take an action with the character, even if they are not currently able to. It’s most common use likely being to heal up right before or during a bosses attack chain. Normally, SP accumulates at 1 per 8 hours that the DS is in sleep mode, but you can purchase a SP drink with real life money in order to refill it instantly. The SPs are useful certainly, but they are almost inconsequential to the overall game to wonder why the option is there to buy them other than to milk a few extra bucks out of folks.

While Bravely Default is playing catch up in the monitization aspect, it’s otherwise chalked full of interesting features and small little enhancements that every RPG fan can appreciate. The most helpful by far is the ability to not only change the difficulty on the fly but to throttle the random encounter rate up or down. While the game will warn you that reducing to 0% spawns will make leveling harder, it’s nice to be able at time to quickly push the story forward, or conversely set a good auto battle action sequence and get to work on some heavy grinding.

Bravely Default also puts a heavy emphasis into using the 3DS’s street pass and other social features. Friends and passersby can be summoned into battle to perform actions you might not normally have access to. Your contacts also increase the number of villagers you have on hand in Bravely Default‘s town reconstruction mini-game. Repairing and rebuilding the various shops and stores in the town will unlock items and skills for your party. The more folks you set to a task, the faster it gets done. It’s a clever little way of promoting you to perhaps take your 3DS out more often. Even just seeing that little Street Pass pop-up after walking through the airport is somehow satisfying to know that some fellow gamer is enjoying the same game you are.

Bottom Line: Bravely Default is a joy to play for old school JRPG fans. The music, graphics and mechanics all blend together perfectly and it continues in a already strong lineup of RPGs on the 3DS. This little handheld is becoming quite the powerhouse for these kind of games.

Recommendation: A few minor grievances don’t spoil the adventure, Bravely Default is a must buy for RPG fans.