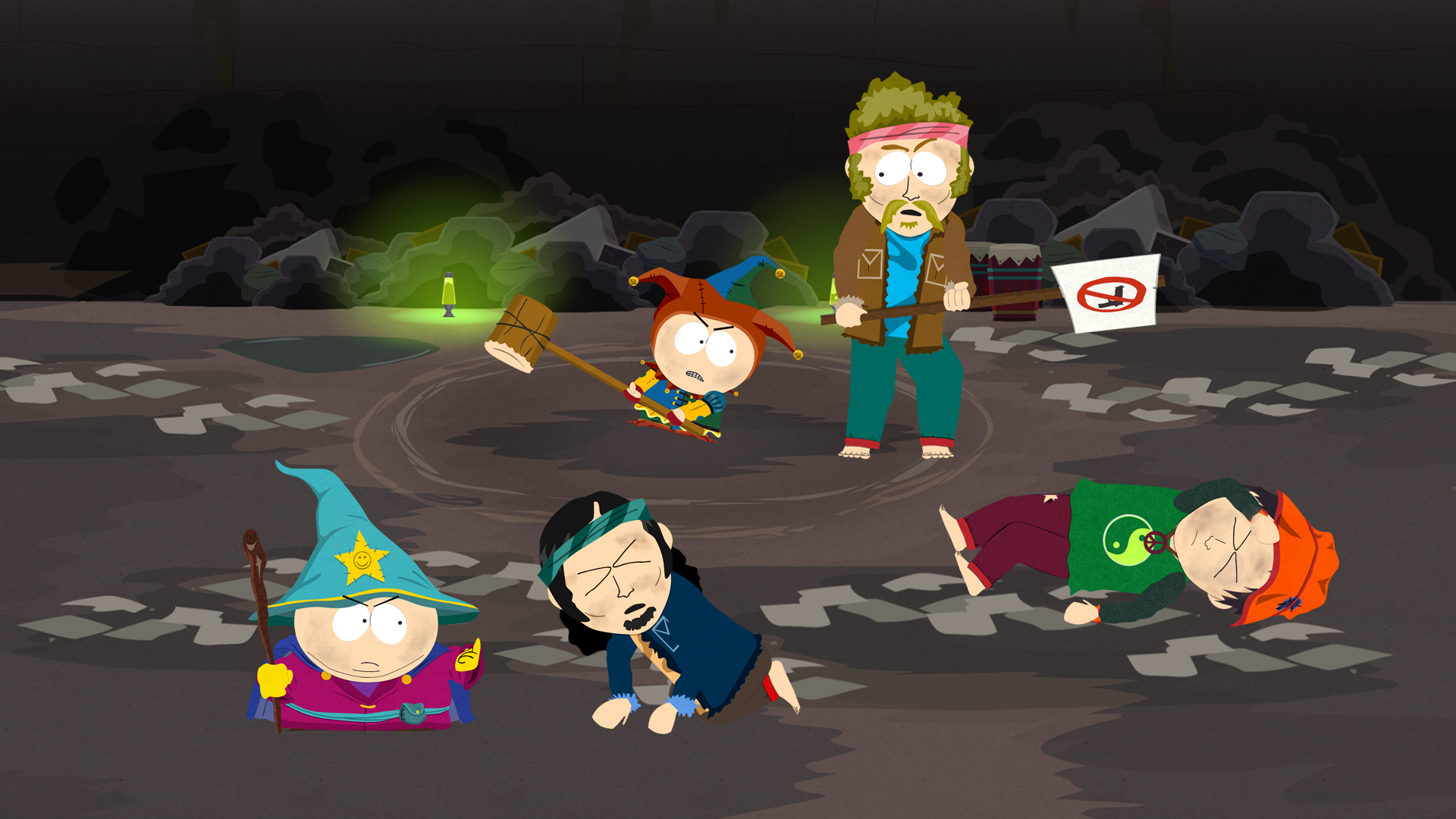 It seems like an insanely unlikely project – a South Park fantasy roleplaying game. But in the hands of developer Obsidian Entertainment and under the guiding hand of series creators Matt Stone and Trey Parker, it’s actually not only incredibly funny, but also appears to be a legitimately enjoyable game. Microsoft recently showed the game at a recent event here in Los Angeles and we were lucky enough to be invited along.

The player starts as the new kid in town, forced to go out and find some friends while his or her parents “christen” the bedroom of the new house. Your total lack of street cred doesn’t impress the nearby LARPing crowd, but you do stumble upon Butters the Paladin soon after. And if there’s anyone who doesn’t look down on new kids, it’s Butters. He invites you to meet with the neighborhood wizard, Cartman, who claims that your coming was foretold by a Caldwell banker. After some expected abuse, you’re accepted into the ranks of the Wizard’s kingdom and sent out with the Sword of Sorrows to retrieve some Kung Pao chicken.

Before you can even make it out of the play area, Cartman’s kingdom is attacked by “asshole elves” who end up urinating into the (wading) Pool of Vision and beating the crap out of nearly everyone. Trey, Obsidian explains, really wanted this game to be about kids beating the crap out of each other, and it absolutely doesn’t disappoint. The combat is turn-based with some real time triggered elements, much like the active reload in Gears of War, so players will have a bit of time to think about what they want to do in combat but will also be challenged with certain reflex focused interactions. In attacking or blocking with the sword for instance, a powerful fighter can sometimes score extra attacks. Defeating enemies nets you XP, cash, and even some cool items like the Revive Taco or, my personal favorite, F@*%ing Ninja Stars. Earn enough XP and you can even level up from Douchebag to Butthole.

Combat gets more intense later in the game. We fast forwarded to a level where the Goth kids have recruited your adventuring party to battle the Vampire kids in the South Park cemetery. New kid’s armed with a Vibroblade, stolen from Cartman’s mother, while Cartman himself is poised to send a flaming fart at anyone who dares get close enough.

The vampire fight is much more complicated than simply beating up a couple of elves. Here, they’ve got a mini boss, a healer and one of the least protected people in the whole game. The mini-boss can even adjust his or her strategies on the fly or call in reinforcements. That doesn’t mean our team doesn’t have their own tricks. With sufficient power, you can summon Mr. Slave to drop into the fight and stick the other kid…well, you know.

Even if you’re not a great fan of South Park, this game is about as faithful to the humor, irreverence, and tone of the show as any licensed game I’ve ever seen. Better still, it uses those elements to also tweak the conventions of the RPG genre.