Of all the cinematic universes popping their heads up over the parapet, from the all-consuming Marvel Studios films through to the burgeoning expanded Star Wars universe and even the evolving Conjuring series, no franchise has ebbed and flowed in as unique and fascinating a fashion as Fast & Furious. With the launch of Fast & Furious Presents: Hobbs and Shaw, proof exists that Universal is taking the series to an entirely new level.

It has, without a doubt, unexpectedly hijacked the future of its own franchise from within.

No franchise has evolved in quite the same way as Fast & Furious. Twenty years ago — an astronomical amount of time in cinematic terms — director Rob Cohen took the title of an old 1955 Roger Corman driving picture and, through The Fast and the Furious, made immediate names of Vin Diesel, Paul Walker, and Michelle Rodriguez. He also ignited interest in street racing movies and delivered added post-’90s gloss with modern beats to a sequel-spawning series that captured the imagination of young audiences while less-than-impressing critics. Across eight subsequent films up to Hobbs and Shaw, little has changed in terms of critical acclaim, yet in every other department, Fast & Furious has entirely outgrown its B-movie origins.

The key turning point was 2009’s Fast & Furious. The series had experimented to some degree, with 2 Fast 2 Furious attempting to coast on the power of Walker’s compromised government agent Brian O’Conner and Tokyo Drift eschewing the entire original cast altogether. But Universal soon realized said original cast was a significant reason the first film worked, particularly the presence of Vin Diesel, who had inauspiciously by 2009 failed to launch himself as a solo action star with the XXX and Riddick franchises. Diesel needed Fast & Furious, and once Justin Lin took the reins and Tokyo Drift writer Chris Morgan cemented himself as the principal scribe, something unusual took place.

Fast & Furious hit the reset button, returning to the basics of The Fast and the Furious, yet retained a bigger budget and sense of scale. They worked hard to suggest Diesel’s Dominic Toretto and his crew could be more than simple street racers, thanks to ever-magnified, deliberately action-heavy set pieces.

Fast Five intentionally pushed this further and made the intentional decision to embroil Dom’s crew in a South American heist. They for the first time introduced a true crime lord villain in Joaquin de Almeida’s Hernan Reyes and, as it turned out, a secret weapon who would serve as part of Fast & Furious’s catalyst for evolution — Dwayne “The Rock” Johnson as DEA agent Luke Hobbs.

Already, by this point, Fast & Furious was defying the odds when it came to longevity. It had moved away from a series and emerged, full-blown, into a rapidly developing franchise. Fast & Furious made a global box office of $363 million dollars, at that point a record high for a series that previously had netted between $150 and $250 million worldwide. Fast Five took home $626 million dollars globally, more than Fast & Furious and Tokyo Drift combined.

Five movies in, beyond the traditional franchise length often negotiated by filmmakers across the 1980s and 1990s once “the blockbuster” emerged from the New Hollywood wave of the ’70s in earnest, Fast & Furious should have been winding down. Instead it hit the throttle, doubled down, and continued growing. The year 2017’s The Fate of the Furious made over $1.2 billion dollars.

Hobbs and Shaw would not have existed were it not for Fast Five through to The Fate of the Furious. It was at this point that both the characters of Luke Hobbs and villain cum anti-hero Deckard Shaw had become inextricably linked with the success of not only the Fast & Furious franchise, but the careers of Johnson and Jason Statham combined. The Rock already had a huge following from his wrestling career but pre-Fast Five had yet to establish himself as a bankable leading man in major tentpole blockbusters. The Furious franchise gave him a major boost that he capitalized on subsequently with hits such as San Andreas, Rampage, and Jumanji: Welcome to the Jungle, building on a natural strong man charisma rife with heart and soul. 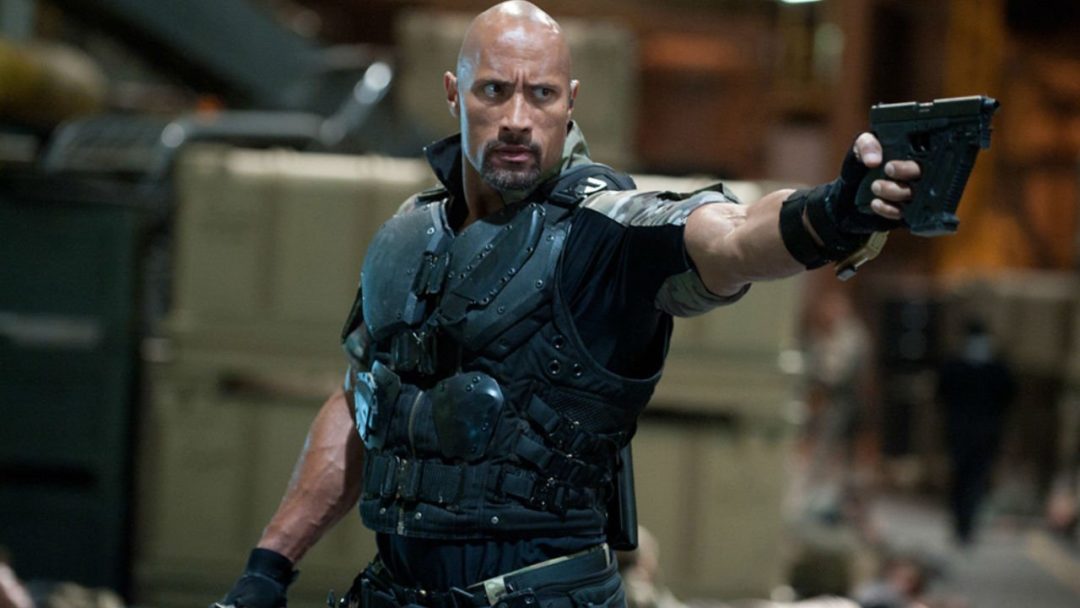 Statham, conversely, came into the Furious franchise with established star wattage. He had built up a career based on a fusion of British gangster hard man smarts and martial arts prowess, essaying a similar brooding hero in The Transporter trilogy, the Crank films, and beyond. If anything, Statham was playing against type in Furious 7 as the villain, hence why the franchise swiftly retroactively transformed him first into a reluctant ally in The Fate of the Furious and then an anti-hero seeking redemption in Hobbs and Shaw. The very fact Hobbs and Shaw confidently sells Deckard Shaw as a character we should be rooting for is proof positive of how far the Fast & Furious franchise has come.

Johnson and Statham have, for all intents and purposes, hijacked the Fast & Furious franchise from under the nose of Diesel, Rodriguez, Tyrese Gibson, and the remaining major players in the crew. Shaw was repurposed into a gruff British rogue spy, replete with a charming gangland mother in Dame Helen Mirren and badass MI6 agent sister (played in Hobbs and Shaw by Vanessa Kirby). Hobbs moved from a drug enforcement “sheriff” antagonist into a helpful insider who maintained a healthy respect for the central team of grifters. They both stood out, particularly in Furious 7, as the secret weapons at the heart of this franchise. They were actors playing characters who understood the evolving lunacy of a series that started with street racers and now travel the world stopping world-destroying cyber hackers in an ever expanding series of machines and automobiles.

Consider how many other franchises, having earned almost $3 billion dollars across just two movies, (Furious 7 remains the eighth highest grossing film of all time.) would stop and make a spin-off as the next film in the series. It would be equivalent to the James Bond series, after the phenomenal success of Skyfall, instead choosing to make a film headlined by Moneypenny. The Fast & Furious franchise pressed on with a film that left behind Toretto and his crew to front-line Hobbs and Shaw and allow them to create, within the broader franchise, their own sub-series. 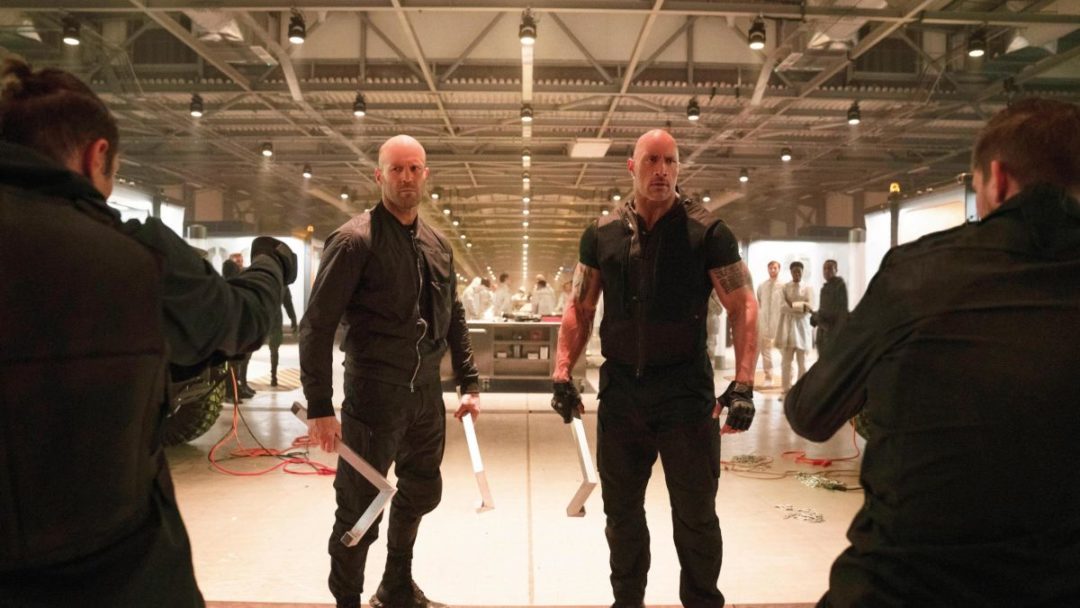 In truth, this phenomenon is nothing new. The Marvel Cinematic Universe is built, for all intents and purposes, on sub-series that hold to the traditional Hollywood dynamic of trilogies. Iron Man and Captain America both garnered three films developing their characters, as indeed did Thor — though with Love & Thunder in 2021 he will extend beyond the three-film rule, which many of the major franchises did end up doing as time went on and their stock soared. Marvel will repeat the trilogy trick with Guardians of the Galaxy Vol. 3, and it looks promising that Spider-Man, Ant-Man, and Doctor Strange will equal that amount, as could major new heroes such as Black Panther and Captain Marvel in time.

Within Marvel’s universe, however, these sub-series do not operate the same rules established, historic franchises would have. More than mere sequels, they serve to develop the broader universe as a whole. Captain America: Civil War was a film that both paid off the core character beat of Steve Rogers and Bucky Barnes’ fractured friendship as well as introduced major story elements that played into Avengers: Infinity War and Endgame. Civil War felt often akin to “Avengers 2.5” as opposed to merely a Captain America trilogy.

You have seen this tactic bleed into other developing cinematic universes, not often with the same success. The aborted, Chris Morgan-produced “Dark Universe” from Universal, which hoped to launch a franchise around the gallery of classic Universal Monsters from cinema’s early years, foundered in a similar manner to DC Comics’ efforts. Both attempted to establish a head-rush of characters and situations and spin those characters into sub-series without having the development time of allowing the universes to grow and naturally expand. Disney has recently slowed down development of the Star Wars franchise after Solo failed to reach as broad a commercial and critical audience as they expected. Even the biggest franchise in cinema history understands the value of organic growth. 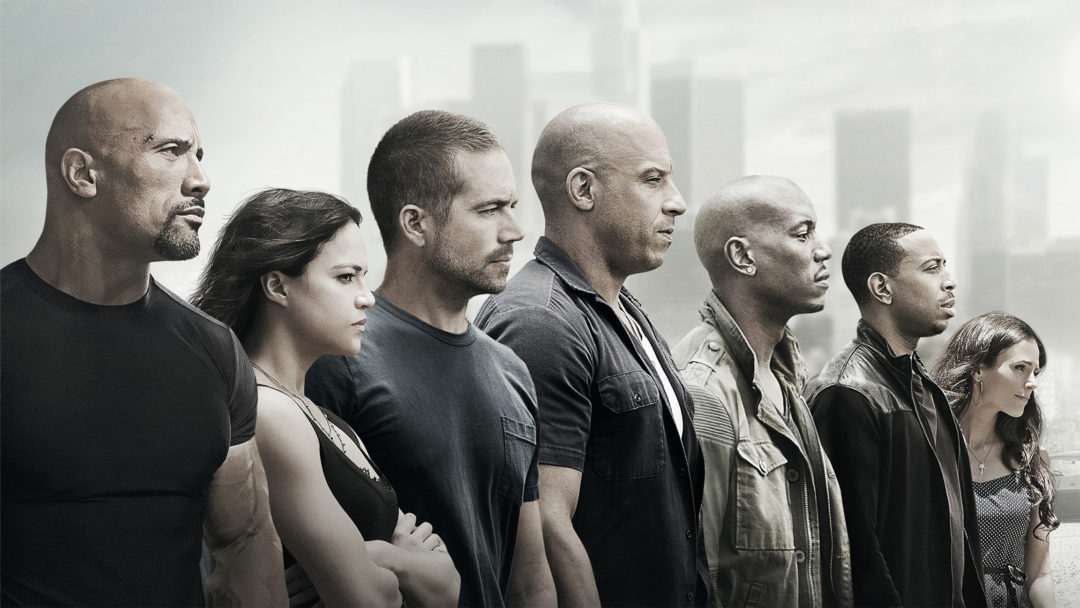 It is key to why Fast & Furious is now successfully transitioning into a franchise, like the MCU, which naturally and organically can develop sub-series that will exist within the bigger, broader framework of the universe around it. The Conjuring series has pulled off the same trick, managing to spin-off a trilogy around evil doll Annabelle (capped off by the recent Annabelle Comes Home) alongside The Nun, based on a spirit featured in The Conjuring 2.

Not all of these films have been critically well-received, but many have made money and have been enjoyed by audiences. All of them came out of concepts and ideas we saw in both of the original Conjuring films, and Annabelle Comes Home — much like Civil War relative to Avengers — feels in places akin to “The Conjuring 2.5.” It features the two principal Conjuring characters Ed & Lorraine Warren and ties in more directly to the first Conjuring film. These are films that both exist independently and as part of a greater whole.

Hobbs and Shaw is a continued sign, therefore, that the sequel model fully established in the ’80s with classic ongoing series will continue. Series that became franchises are now expanding into broader universes where stories and characters cross-pollinate. The MCU may have been the first franchise to successfully make this work, but it is by no means just a comic-book phenomenon.

There is no reason why, in a theoretical “Hobbs and Shaw 2,” we may not see Diesel or Rodriguez or Kurt Russell’s slick, mysterious government boss. Furthermore, “Fast & Furious 9” could feature both Hobbs and Shaw, and maybe now Kirby’s Hattie Shaw. The sub-series within the franchise is no longer simply a contained collection of sequels, but part of a bigger universe.

It is an exciting development for the cinematic franchise, a phenomenon that seems deep-rooted as a golden goose every IP seeks to now replicate. If they get it right, through the kind of organic means Fast & Furious has — even accidentally — managed to cultivate, the rewards could be rich indeed, both for studios and for audiences at large. 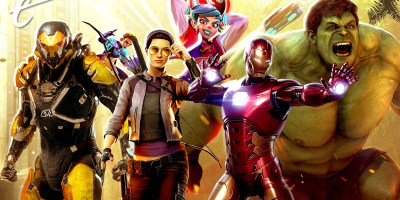 In Live Service, It’s All or Nothing 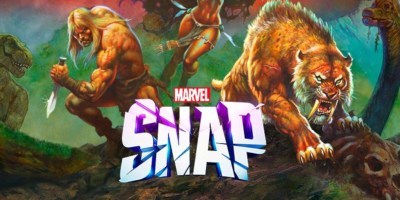