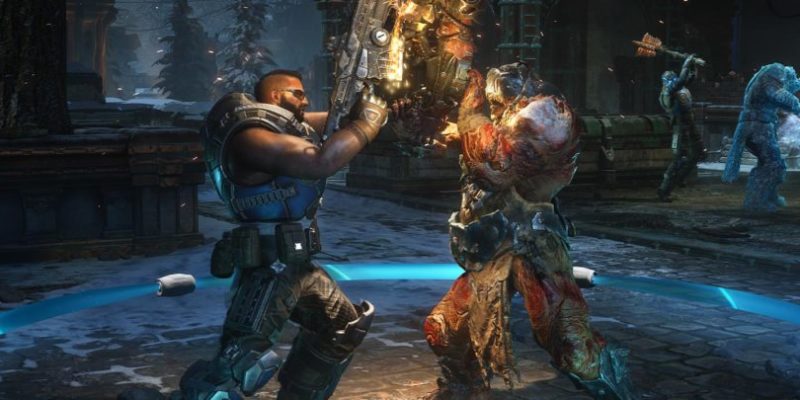 Gears 5 has been a significant win for Microsoft. The game has been nearly universally hailed as a major step forward for the Gears of War series, but many of its bold new features are built on the bones of past failures. In fact, Gears 5 is an amalgam of lessons learned from two of modern gaming’s most divisive titles: Dead Space 3 and Halo 5: Guardians.

Gears 5 makes use of the semi-open world design of Dead Space 3, letting players poke around a set area with a few side objectives along with your primary goal. No one forces you to explore, and each sandbox has just enough limits to ensure the number of encounters remains handcrafted. Instead of a copy-pasted sidequest format, each story feels like a mini-adventure with a uniquely written beginning, middle, and end. You’re often rewarded with additional tools that expand your arsenal in unique ways instead of just gaining experience points.

The critical difference is that Gears 5 also learned from Dead Space 3’s major structural failing: the repetition of its last sandbox region. When players finally arrive foot on the frozen world of Tau Volantis, they’re greeted by an almost overwhelming number of sidequests to explore. But while the previous regions were carefully crafted experiences, these missions lack unique narratives or layouts. They’re set in monotonous halls and often rely on stories that the protagonists don’t interact with.

Gears 5 avoids this by always making its sidequests three-part chains. The narrative designers don’t have to write up three justifications for a quest and instead spool them out from the same core thread. Each part is effectively a section of what would typically be a linear chapter, so the game still feels appropriately paced even if you clear the whole questline in one go. You’re still saving three scavenger teams in similar “clear out and rescue” scenarios, but each is presented as a distinct step. No moment overstays its welcome, and they all offer something new to sprinkle in before jumping on to something else.

Gears 5 and Halo 5: Guardians have a lot in common. They’re change-of-guard stories, where a new protagonist rises as elders err. Both games use moments of downtime to let players drink in the world around them rather than present them with constant gun battles. Both also place a heavy emphasis on cooperative play, giving you mandatory teammates either controlled by A.I. or other players. The difference is that Halo 5 doesn’t trust its players.

Halo 5’s first significant moment of downtime forces you to snoop around for a handful of soundbites that are part of the game’s greater plot. Rather than let players explore a peaceful human colony at their own pace, which would be a rare treat for Halo fans, the game has a looming objective counter that informs you whether you’ve eavesdropped enough to move the plot along. Exposition is regularly thrust into your ears either during an elaborate loading sequence or mid-battle when you can barely hear what’s being said. The next time you get to breathe isn’t until the Sangheili homeworld. This time you can learn more about the greater Sangheili conflict, which becomes a side story through a late-game plot redirect. Even then, most of the lore materials take the form of random audio logs hidden around a world that Halo 5 seems to actively dissuade you from appreciating.

The icing on this contemptible cake is that your A.I. partners barely factor into fights and you have no say over how they might contribute to a battle. They theoretically have unique roles to fill, but these just come down to their primary weapon. In combat, you just point at an enemy to designate them as a priority and hope your entire A.I. squad can line up a single headshot. Your squadmates are glorified extras.

Gears 5, on the other hand, wisely remembers that its players are intelligent human beings. It understands that players have attention spans beyond that of a caffeinated squirrel. While there are mid-battle and loading sequence conversations, they’re almost always flavor text. Information critical to the main plot is delivered clearly and concisely, with characters expanding on specific points when you’re guaranteed to hear them.

The game’s downtime is never wasted nor overtly guided. You’re told where you can go to move things along, but no one forces you to engage or disengage. You can spend more than a half hour listening to little flash fiction-worthy conversations between villagers in a community that you need to win over. Along the way, you’ll see brilliant glimpses of humanity, and even a cute wink to a future reveal. You can ignore all of this and, while you’ll have a tad less context if you go off hunting sidequests, it won’t hinder your efforts in the main game.

Your squad further enhances the narrative and gameplay experience. They’ll respond differently based on the order in which you complete objectives, working off of the same information you have. Del serves as the impromptu science major, explaining the underlying reasons for why a particular upgrade found in wreckage makes your robot JACK perform better. He also asks questions the players themselves might have.

JACK is Gears 5’s greatest design triumph — a hybrid of ideas from both Dead Space 3 and Halo 5: Guardians. He’s an A.I. companion controlled with just two button presses, like your Spartans in Halo. He’s upgradable if you invest resources into him, like your gear in Dead Space. Except JACK doesn’t just have two functions but seven different core abilities, each of which has devastating effects once upgraded. He can eventually flash-freeze enemies, debuff them, deploy shock drones, and even turn members of the Swarm to your side. JACK can be knocked out if you’re not careful, and these upgrades make you a lot more concerned about his safety.

Those upgrades come from exploring and gathering components during the quiet moments between fights or in the thick of it during a quest. You can’t just grind experience points to improve JACK; you have to engage with Gears 5’s world. Or you can just keep on moving with only minimal improvements to J.A.C.K. Like with everything else, Gears 5 sits back and lets its players do what they feel is best.

Gears 5 is a game with many influences, including two games that had the right ideas but lacked the right execution. Now those who saw the potential in Dead Space 3 or Halo 5: Guardians finally get the game they were hoping for from a different franchise. I can only hope other studios will follow suit. On that note, I’m going to go back to waiting for the day someone remembers how great The Bureau: XCOM Declassified’s tactical mode was. I’m sure that will happen any day now.