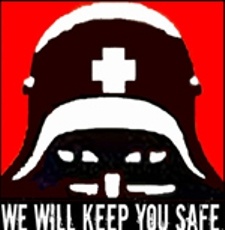 Humanity toils beneath the boot of Dr. Wily and his robots, cowed by the relentless forces arrayed against them. Protoman has fallen, and a grief-stricken Dr. Light refuses to allow Mega Man to face the evil around him, but Mega Man storms out anyway to confront Dr. Wily, his robots and the shadows of his past. One group of brave resistance fighters dares to share this epic story via compact disc technology (samples). They call themselves The Protomen, and I was able to make contact with them for this short, but telling, interview.

The Escapist: So, who are we talking to? What’s your role(s) within the band?

The Protomen: -MURPHY & PANTHER – we synthesize and organize.

The Escapist: Who are the Protomen? Who plays what?

The Escapist: How did the band come together?

The Protomen: Once, not twice, we stumbled upon each other in a sand pit of chaos in the middle of the state of volunteers. We accidentally delivered the fury from our instruments, and an army was discovered. 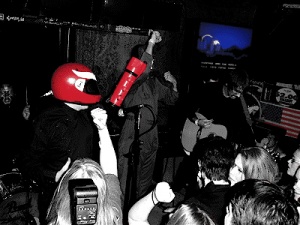 The Escapist: At what point do you decide to turn Mega Man into a rock opera? Is it something you set out to do, or was it just noodling around until, eventually, you said to yourselves, “I think we really have something here?”

The Protomen: There was a great meeting in the year of our Lord 1993. We knew there was a story to be told, we knew that the world was consumed, the very air rich with evil, the stage set for a tidal wave of music with nothing to say. Since the moment Billy Idol’s Cyberpunk hit the mean streets of Stanmore, the rock opera has been near death. We will revive it – we will tell our story or we will be destroyed trying.

The Escapist: How does one write a rock opera based on a videogame? What does the creative process look like for that?

The Protomen: The walls of the Thundercon are covered with what can only be described as the writings of a man possessed. Commander has visions. He then takes the thickest, blackest marker he can find and scrawls his visions onto the wall next to the 7-foot portrait of David Beckham. Then the work begins. Each member of The Protomen tries his hand at deciphering the nearly unintelligible marks. At sundown, one week later, we gather to determine if Commander’s markings meant anything. If yes, then we just write the music, lyrics and draw the artwork for the accompanying libretto.

The Escapist: For people who haven’t heard the album/read the liner notes, could you give us a summary of the story told within it? Was there any particular inspiration or works you looked to as guides when you were putting it together?

The Protomen: Act I begins with the death of the hero of man. ….

Observing what is going on in our world with the downfall of music and man inspires us to never stop educating with our ways of teaching.

The Escapist: The story told in the album is more on par with Children of Men or 1984 than the rather sparse narrative of the games themselves. On the one hand, it’s awesome that you’ve recast Mega Man into a dark, dystopian future under the thumb of Dr. Wily, where the oppressed humans may be too far gone for a hero to save them. On the other hand, some people will inevitably say, “Dude, it’s a game about a blue guy jumping on platforms and shooting stuff.” How would you respond to that? Do you guys ever think you’re putting a little too much thought into it?

The Protomen: There is no such thing as “putting too much thought” into telling a story. That “blue guy jumping on platforms shooting stuff” has a purpose that many do not see from merely playing the game. That blue guy and his story are little more than a vehicle for a story that needs to be told. We tell it the way it should be told. 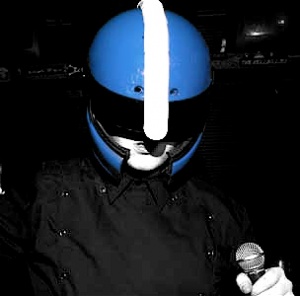 The Escapist: At the end of the album, Mega Man has won the battle, but his spirit seems crushed and it seems like humanity/the chorus has traded one propaganda hero for another. A hollow victory, in other words. Will you be expanding upon the initial album? Where do you go from there?

The Protomen: Act II is currently being transcribed from the walls of the Thundercon. From here it seems we look back to the beginnings of the downfall of man. The broken friendship of Light and Wily – and the tragedy that nearly destroyed the hope of man.

The Escapist: From what I understand, you’re on tour right now. Where can people go if they want to check out the band and see if you’re coming near them?

The Protomen: We have just finished our Hope Rides East tour. We made it safely through the city streets of the east. When we arrived home, we immediately started organizing our war campaign “Unrest in the Midwest” for July 2007. There are so many who wish to stand and fight with us, and we hope to bring the fight to every cry around the world. Keep your senses to theprotomen.com for where the battles will reach next.

We are few and we are always looking for those who want to help in the struggle for victory.