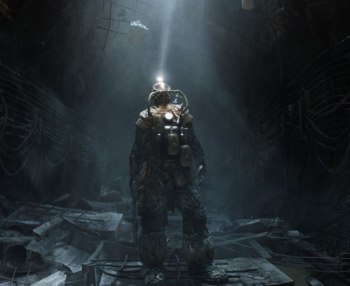 The post-apocalyptic survival and shooter genres are growing a bit long in the tooth these days, but 2010’s Metro 2033 struck while the iron was hot. The game offered a flawed but enjoyable glimpse at life and death within the Moscow tunnel system after a nuclear war had rendered the surface an unlivable wasteland. Metro: Last Light is a direct sequel, picking up the story several months after the events of the first game, but while the narrative and characters are familiar, the game has mutated into something much different, and far, far greater than its predecessor.

If you’re a Metro 2033 veteran, you know the drill: The scant number of survivors who managed to flee to Moscow’s underground railways before the bombs dropped are clawing for an existence that simply doesn’t want them. Mutant beasts prowl both the surface and the dark corners of the tunnel system, supplies like weapons and ammo are scarce, and the surface remains riddled with radiation and covered in toxic air that requires the use of a gasmask.

However, while our previous glimpse of Moscow’s crumbling buildings and residences was frozen in a thick layer of winter ice, the city has now thawed. Rivers and flooded plains that were frozen solid are now open swamps and marshes, complete with moss, thick grass, and new dangers lurking below the surface of the water. Buildings are covered in creeping vines and other greenery, and the creepy tunnels are more alive than ever before. This change helps to give Last Light its own identity early on, and it’s a bit of a relief to see a change in scenery.
As Artyom, who has graduated from his role as a scrappy soldier to an elite Ranger, your first task is to verify the elimination of the Dark Ones, a mysterious alien race that you spent the entirety of Metro 2033 plotting to destroy. As tends to happen in this universe, your plans don’t entirely pan out, and you soon find yourself once again struggling to survive against the dangerous creatures, armed adversaries, and back-stabbing “allies” that you encounter.

Without giving away any important plot points, I can say that you spend almost the entirety of Metro: Last Light dealing with your actions from the first game, in which you utterly destroyed the home of the Dark Ones. (Note: In Metro 2033, you are given the option, depending on your choices throughout the game, to actually avoid bombing the Dark Ones, but Last Light assumes you did indeed obliterate them.)

Sneaking around the dark corridors of the metro with gun in hand isn’t as straight forward as it may sound. You are offered the choice to approach each skirmish in either a run-and-gun fashion or with the use of stealth tactics. While the grotesque monsters that lurk in the depths are hard to avoid, head-to-head showdowns with opposing factions can almost always be entirely avoided if you’re willing to be patient and wait in the shadows. Last Light caters to both styles equally well, and whether you’re a stealth junkie or not, encountering the enemy is always tense.

But while this all may sound only marginally different than the original title, Last Light transcends Metro 2033 for one simple reason: Developer 4A Games fixed almost everything that was broken in the first title. I know it’s hard to believe, especially in this age of copy/paste sequels, but I can’t think of a single issue I had with Metro 2033 that wasn’t addressed in some way in Last Light. The confusing inventory and weapon-switching systems have been completely overhauled, it’s easier to charge your personal power supply, and even the NPCs – which had a tendency to block doorways and glitch out – show a vast improvement. 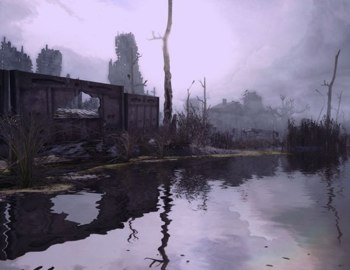 The plot itself is also a much more engrossing affair than what had been offered previously. Where in 2033 it almost seemed as though the people living in the metro might be better off dead, Last Light shows that the citizens of the underground are actually making progress towards something resembling a normal life. There are restaurants, respectable markets, and even an entertainment industry beginning to flourish. You can even take some time to enjoy a makeshift broadway show. For the first time in the series, you actually get a feeling that these people are worth all the trouble you’ve been going through to help protect them. Oh, and there’s a bit of a love story this time around as well, but I’ll leave it to you to be blown away by how that particular thread ties itself off.

Artyom’s own backstory also gets some much needed attention in Last Light. The various mysteries surrounding the main protagonist – including his perplexing ability to communicate with the Dark Ones – is finally explained in a satisfying manner. When the credits roll, you’ll finally feel a sense of closure, which is something the previous game simply didn’t manage to achieve.

The same care has been given to the overall difficulty level, which had a tendency to spike and dip to an unreasonable degree in Metro 2033: Normal difficulty is now normal, Easy is easy, Hard is hard, and Ranger mode – which is included with “Limited Edition” of the game, but will reportedly set you back $5 if you buy used or didn’t pre-order – is sadistically difficult. You’ll still die plenty of times on the default difficulty, but you’ll never feel like a particular fight is impossible or unreasonably stacked against you.
In short: This is the game everyone hoped Metro 2033 would be, and now we finally have it.

That said, Metro: Last Light is a sequel, and as such it expects a certain amount of previous knowledge of the story and its characters. For a twisted tale like that of Metro, that becomes a problem if you decided to sit the first game out. Simply put, Last Light may not be quite as enjoyable for newcomers to the series, and the game doesn’t do a particularly good job of offering a comprehensive back story. If you’ve bested the first game, Last Light is the ultimate payoff, but if not, you could find yourself a bit frustrated. If you skipped 2033, either go back and play it or, at the very least, find a detailed plot summary online and educate yourself before diving into Last Light.

Bottom Line: As a sequel, Last Light approaches perfection. It improves on its predecessor in just about every way, but may leave newcomers scratching their heads.

Recommendation: If you played and even marginally enjoyed Metro 2033, this needs to be at the top of your pre-order list. If you skipped the first game, find a wiki, catch up, and then buy it. Either way, this is a game not to be missed.