When it comes to life and videogames, one thing’s for certain: I’m a mutt. With my mother being from the Philippines and Dad being from a city in Arkansas that you can’t say without having people look at you funny, you end up finding yourself with a foot in the door of both Eastern and Western societies and their ways of life. In games it’s a chance to really see the schism between the Eastern and Western ethos in not just day-to-day routine, but in culture and media, including videogames, and there’s no better example of this than in the JRPG. 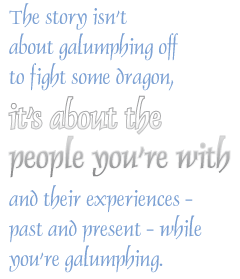 Pop in Final Fantasy, for example, and you’ll quickly realize that it will take a combination of Thief, Black Belt, Fighter, and Black Mage working together as a team to defeat Garland and save the kingdom. It’s this ethos, the idea of a collective of people from all walks of life, that really makes the JRPG such an enduring genre despite all the criticism it gets. In a nutshell, the story isn’t about galumphing off to fight some dragon, it’s about the people you’re with and their experiences – past and present – while you’re galumphing.

An RPG is, by definition, a game in which the player gets to be someone else. In typical Western-style RPGs, the main character is such a blank slate that even the responses one is able to give are flat – either flat-good, flat-neutral, or flat-evil. As great as Mass Effect is, even with its creative dialogue and intricate responses, in the end, it’s just that – a matter of selecting just good, neutral, or evil choices. Commander Shepard just isn’t capable of surprising the player with his personality the way Beat does in The World Ends With You when you find out that he isn’t just a tough guy with a chip on his shoulder, but someone grieving over losing himself in the heart of his sister. Yes, it’s easy to like Shepard, but it isn’t because he was a fully developed character, but because at some level he is the player. Beat started out as being an annoying dumb character, but ends up becoming more of a sympathetic, relatable guy. Why is it important? It made the side character of a somewhat sleeper JRPG more interesting than the main character of one of the biggest WRPG franchises on the market. There simply isn’t a lot of real personality to go around, but that sort of goes with the individualistic ethos of a WRPG.

Now, there’s no denying that Commander Shepard is a badass, but from a literary perspective, who’s more interesting? The guy who gives it all at face value or the one who you get to see develop over time? It makes sense though, looking at it from our cultural perspective. Here in the West, we’re more likely to value self-expression, a person’s individual characteristics and customization, and self-esteem. Western videogame heroes embody it too – the one hero, standing alone against insurmountable odds. In the Fable series, you’re viewed as “the Hero of Albion” or “the child of the Hero of Albion”, not “the leader of a revolution.” The self is a separate entity, detached from others, with the boundaries between people being rigid and straightforward. This person is here to give you a quest, no more no less. This companion is here to provide long-range support, not ask you how your day went.

Contrast this with East Asian cultures, which view the self as embedded in social connections. The boundaries between people become fuzzy, with individuals representing their family, their town, or just their people. In the JRPG, the focus isn’t on one character’s talents, perks, or what sort of doom spell they have, the focus is on one’s role in society – the loner, the soldier, the hyperactive ninja kid – and their relationship with the world around them. This is why sometimes to the annoyance of some people, the genre is filled with stock archetypes. Asians of all sorts, including Japanese of course, are a collectivist people. They look at the group, the team, and when they’re in a team, they work to make sure everyone accomplishes their goals, even if it’s something personally perceived as rather small or insignificant. 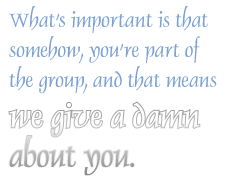 Take for instance Final Fantasy VII‘s Yuffie, who doesn’t even appear in the game unless you go find her. Once you show up at Wutai, should you decide to, you find out that the city fell under the control of Shinra and went from an honorable warrior society to a resort town after they lost the war. Here, Yuffie’s motivations, bringing back enough Materia to possibly take back the country, are revealed too – all things you would never know and never need to know, but when you take the time to do so, the game’s narrative is only made richer because of it. No JRPG is complete without numerous sidequests exploring the backstory of your party members and putting some sort of demons to rest. It’s not necessary in the end, but that’s what you do for your friends. Instead of just showing up and saying that it’s not part of the mission or a part of the plan, you just go on ahead and support the people who support you. What’s important is that somehow, you’re part of the group, and that means we give a damn about you.

So what’s the deal then? I can’t claim to be able to decipher thousands of years of culture, but maybe the primary difference in the videogaming experience between the East and the West lies in the universal drive for positive self-regard. Collectivist society’s ideal is to improve your skill set or rank in society so you can advance the rest of the group. In JRPGS, your characters – all very flawed individuals – are either envious, proud, or reckless, and to succeed in their goal, it’s a question of overcoming these flaws. While Western society still holds self-improvement to a high standard, it feels less geared towards helping other people than it is toward helping oneself. People quit smoking to stop feeling awful walking up three flights of stairs, not to cut down on second-hand smoke exposure. In a WRPG, you bulk up your stats all in the name of the end result.

In short, the JRPGs strength lies in its pursuit of harmony, on the enhancement of not only the self, but the society around them as a whole. It’s more than a journey of vengeance, it’s about taking what’s been given to the player and then making something better out of the pieces. If a role-playing game’s purpose is to allow a person to become someone else for a while, the JRPG lets you not just become an idealized version of yourself, but to truly become someone else, with their own goals and dreams, while you set out with your friends – not your bipedal weapon holsters – and go out and have a journey worth talking about when you hit the Retired Adventurers’ Home.

Joe Myers is a mid-Missouri novelist and cartoonist whose skills are as varied as they are impractical. Until the day when his expertise is needed to save the world, he spends his time working at 362studios.com.