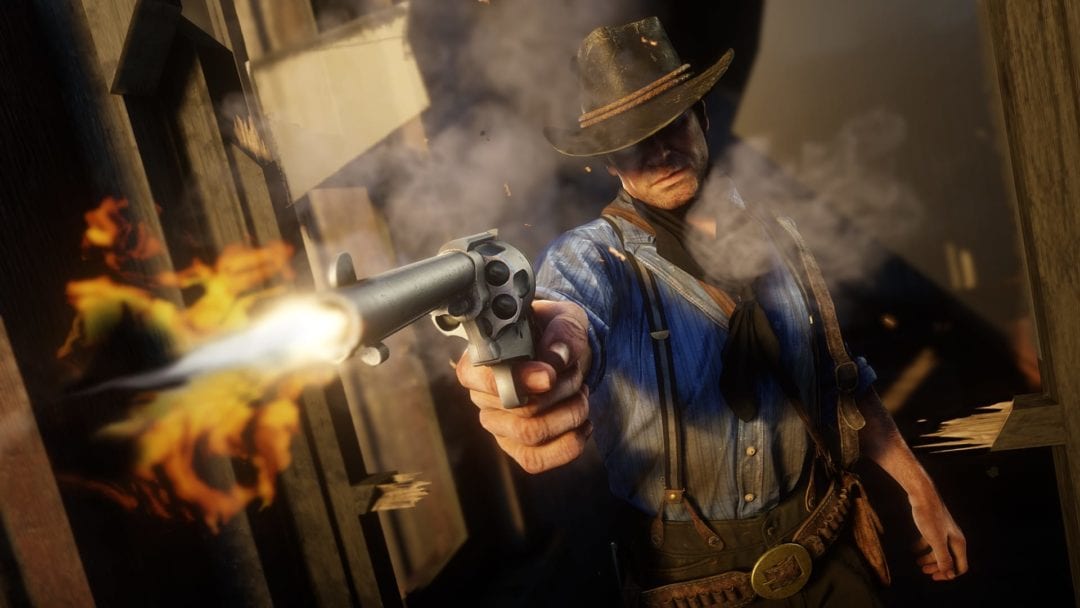 I love playing the bad guy.

Whether it’s as a treasure-hungry pirate in Sea of Thieves or a member of the Black Hand in The Elder Scrolls V: Skyrim, I’ve always enjoyed picking the villainous path. This made Red Dead Redemption 2 so enticing, as it promised yet another go at the life of an outlaw in the grand Rockstar tradition. Red Dead Redemption 2, however, goes in a different direction and uses its gameplay to reinforce a single, unexpected idea: Being evil is not worth the effort. Yet somehow, evil is still the best way to experience Arthur Morgan’s story and the world of Red Dead Redemption 2.

The morality system in Red Dead Redemption 2 is simple and binary. Throughout the game, your choices will dictate whether protagonist Arthur Morgan is an honorable cowboy or a cruel ne’er-do-well. Where Red Dead Redemption 2 diverges from games with similar ethical systems is the difficulty born of choosing a life of crime. Games like Fallout 3 or Infamous make being the villain easier on the player. Whether it’s through the promise of easy money or incredible power, being a jerk rarely punishes the user in any significant way. In BioShock the mechanical differences between good and evil don’t feel significant and the only impact morality makes is in the story and characters. Given how difficult it can be to make money in the game and how theoretically simple it is to just take it instead, Red Dead Redemption 2’s seems like another game where evil is an expedient route to power. Yet, the reality of crime in Red Dead Redemption 2 is far harsher than it appears.

Once you commit a crime, you become Wanted and have a bounty placed on your head. But if there are no witnesses, then there’s no punishment; you can get away with your crime scott free. This is easier said than done, especially when it comes to holding up stores, banks, and people on the road. Red Dead Redemption 2 boasts a lot of characters and typically someone will spot you doing something nefarious. Get up to no good, and you’ll spend an inordinate amount of time chasing after a random traveler who spotted you. Committing crime in a town or city is even trickier. Bounties also stack, with multiple offenses adding up to even more money you’ll have to pay to get the heat off you. Worse still, most shops won’t sell to anyone with bounties on them. Even robbing one of the most profitable targets — a train — requires a ton of logistics. It’s a lot of work for what may amount to only a few hundred dollars. Given that you can make more cash uncovering treasure or hunting, playing as a criminal is just a lesson in futility.

So why make the player jump through so many hoops just to be a bad cowboy? One of the major themes in Red Dead Redemption 2 is the death of the outlaw. Throughout the game, the player is constantly reminded that their days are numbered as civilization infests the untamed West. This is a problem you cannot solve, no matter how many bullets you fire or stagecoaches you rob. It’s an indisputable fact, and Rockstar forces you to either accept it or die in the dirt.

It’s a risky choice to make being an utter bastard so punishing, especially from a developer whose signature is delightfully, consequence-free bastardry. Grand Theft Auto games and the original Red Dead Redemption generally only slap players on the wrist for acting out. That’s why Red Dead Redemption 2 is so refreshing. Framing your violent actions as mechanically wrong gives real weight to every choice you make. Sure you could go the villanous route, but the game punishes players by giving them minimal rewards. Whether it’s robbing a store or freeing prisoners on the road, don’t expect to be swimming in money if you decide to be a force of evil. Red Dead Redemption 2 constantly reminds the player that crime doesn’t pay.

Yet, living the life of a criminal is the ideal way to experience Red Dead Redemption 2. Your back is constantly against the wall and it adds a sense of urgency that many moments in the story reinforce. Being an outlaw is a battle against time. Eventually, civilization will hit back, but it’s the player’s choice if they want to go quietly. To live within the confines of the law is to accept the same society that wants to punish and kill the entire gang. This is the world the player inhabits, and it’s not a kind one looking to coddle users with an easy experience.

The increased difficulty, minuscule payouts, and emphasis on the mundane deeply enrich Red Dead Redemption 2. Instead of handing out fistfuls of dollars, the game makes you fight for every inch of your existence. This makes every heist and successful criminal act that much more rewarding. It would have been easy for Rockstar to repeat their past successes and deliver over the top missions that feel ripped right out of an action movie. However, by slowing the gameplay and mechanics down, Red Dead Redemption 2 makes the user think about their actions.

Doing so also helps deepen Arthur’s story, so by the end of it you feel as if the game sent you to hell and back. Seeing the struggle and desperation the gang goes through day after day makes landing a big payday damn near euphoric. Even if it’s only for a fleeting moment, you looked at the civilized world and said “no.”

Red Dead Redemption 2 resonates not just because it’s another Rockstar game or because it’s so detailed and huge, but because it took a risk with portraying a life of crime. This is a game not about being rich or infamous, but understanding the struggle inherent in villainy.

Games We Play to Connect