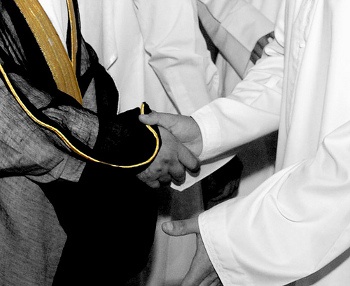 I began my professional association with The Escapist in 2006, at which point I had already been writing about videogames for more than five years. At the time, I was aggressively pursuing a freelance career in games writing. Now a half decade later, as I enter the twilight of this effort, I leave behind a lot of friends, a lot of articles that I am very proud of and a number of pieces I wish my editors had burned on my behalf.

As I pen this penultimate contribution for Press Released, I am very conscious of the tone I want to go out on. When I step down fully over the coming months and years from writing about videogames, it is my expectations that writers more talented than I will fill the void to say all the things I never thought to say and wish that I had.

I offer a few nearly-parting pieces of advice if this epic talent is to spill forth from your pen.

If you want to be a games writer, one of the most important things that editors will be looking for is confidence that they will get a usable draft on time. Prove this fact, and someone will eventually give you a shot.

When I offer that hoary old advice to write every day, it is not because you need practice. Frankly I believe, cynically perhaps, that either a person is talented enough to be a writer or not, and no amount of effort and practice will turn a bad writer into a professional. I tell people to write constantly because you are going to need ammunition and visibility.

I did not attain my mild success by being an unusually talented writer. I succeeded by being a stubborn writer. What you gain from a career writing about games is not what you are given, but what you take.

When you professionally and respectfully pester editors for your big break, which you will need to do in order to succeed, you should have a cavern at the ready filled with previously written works to offer as your resume. You want to write for X publication? You have to walk confidently through the door with a bursting catalog of work at your disposal, even if it’s just on your own blog.

Wear the Clothes for the Job You Want

The old saying “fake it til you make it” applies here. How did I succeed in writing about videogames? Simple, I worked with a partner to create my own game site and then convinced everyone I could that it was a legitimate delivery platform of content. There’s only one person who will never reject your article, editorial, manifesto or diatribe, and that’s you.

Getting a shot at the big time is ultimately about who you know and what you can do for them. There are plenty of people who sit around just wanting to write about videogames for a living, and there should be because it’s a pretty awesome gig a lot of the time. The difference between those who want to be writers and those who are writers is right there in the verb.

If you want to be a freelance video game writer, then be one.

That means getting on the phone – yes the actual phone – with PR firms, or if you’re lucky, developers and pretending to be the big shot you aren’t yet to get the things you need to make it. That means posting and promoting your work at every turn. That means getting in front of actual people at actual events until the editors and developers know your name. That means sending actual articles to actual publications so that you can begin gathering that big stack of rejection letters you will inevitably love to hate. 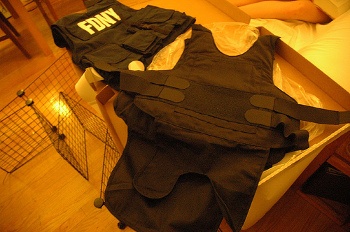 This job doesn’t just take writing skill – heck, if I can do the job then that much should be clear. It takes confidence. It takes determination. It takes time and effort that goes beyond what the “wishers” are willing to do. It takes persistence and a thick skin because if you think the rejection of an editor is bad, just wait until you actually get on a platform where thousands of people can tell you how stupid you are.

This is a job worth wanting, but like any other it comes with as much blood and sweat as it does reward and accolade. It will be shocking how little of your effort will actually be focused on playing the videogames you will so eloquently write about.

Here’s an example: A number of years ago I was hired by a respected magazine, the kind whose name every gamer knows, to write a preview for an upcoming game from a major publisher. To write this preview, I had at my disposal a press release, a preview written by a competitor, a feature list and the name of a PR person. I spent nearly a week trying to get the PR guy on the phone, but it turned out there was some conflict over where the game would be mentioned on the front cover, and until that was settled there would be no interview. With two days left until the deadline I managed to get some e-mail communications going and wrote the remainder of my work based on what is a catastrophically small amount of actual info.

I never played the game. Never saw video of the game in action. This is just how the business works sometimes. It was not long after that I stopped pursuing work as a preview or review writer.

If you’re lucky, like I have been, you get to work for a publication with absolute editorial integrity and a commitment to giving writers genuine freedom like The Escapist. The reality is that most of the time you won’t work under ideal conditions and you need a thick skin to navigate the bureaucratic red tape of publishers and developers, the readers who will vociferously drag you through the mud and the occasional editor with whom you just fail to see eye-to-eye.

But When It Works, It Really Works

Like some videogames, a hard job can be frustrating, exhausting and at time hopeless, but when you succeed, well, that’s just one of the best feelings in the world. Seeing your name on the byline of an article you are truly proud of and that gets major visibility makes the headaches worth suffering.

Sean Sands has been writing about videogames for almost a decade. Totally worth it.