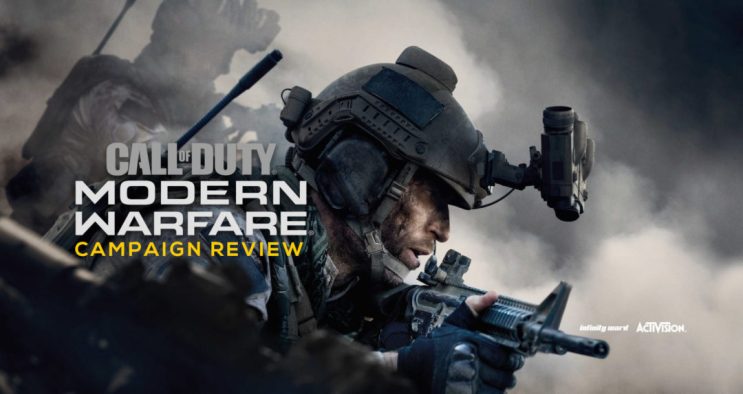 Call of Duty: Modern Warfare reviewed on Xbox One X, with a copy purchased by the reviewer on the day of release.

Call of Duty: Modern Warfare is a reimagining of the popular franchise started by Infinity Ward all the way back in 2007. Not to be confused with a reboot or remake, Modern Warfare introduces a brand new storyline with returning characters from the original series. This is a much darker and grittier Call of Duty game than you’re used to, and much more steeped in realism that helps give the series a recognizable, but fresh identity.

The boilerplate action thriller plot involves solving the mystery of who stole a batch of chemical weapons early on in the campaign, with hints about proxy wars that just feel like background noise. The narrative is pushed forward by a few cutscenes, lines of character dialogue, and flashbacks. There’s almost zero character development in the story of Modern Warfare, save for a few key moments that display a moral dilemma.

Maybe I shouldn’t be surprised by this, considering it is a Call of Duty game and I know it’s just going to be a few hours of blockbuster action, but when we do an interview with the developers and they say it’s a story about the bonds between people it creates some expectations going in that weren’t met.

Modern Warfare‘s story moves at such a breakneck pace that there’s no time for character development. Within the first hour of the game, you’re given control of three playable characters, each with a different background: Alex, the American soldier, Kyle Garrick of the British Special Air Service, and Farrah Karim, who’s the leader of a freedom fighter group from the fictional Middle Eastern country of Urzikstan. 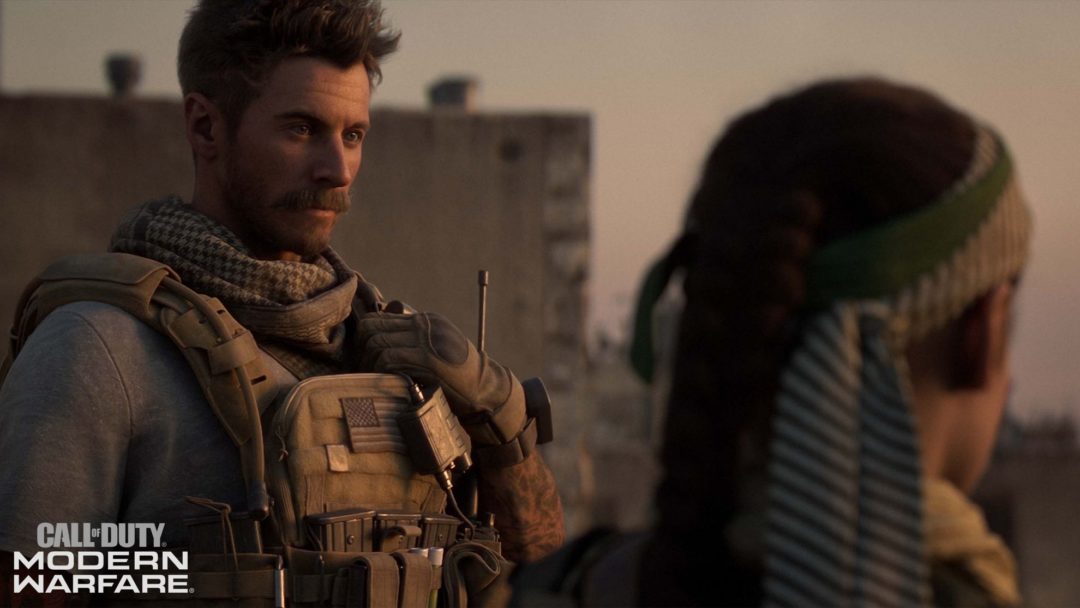 Captain John Price as a returning character is cool, but the writers took no extra time to flesh him out or give players a reason to care about him. The only character that’s remotely interesting in this story is Farrah, but you learn very little about her during the course of the game. The villains are thinly developed and forgettable. The end of the game does at least set up a very intriguing premise for the inevitable sequel with surprising reveals. Aside from Ghosts, this might have been the least memorable of any of the Call of Duty stories.

Events in characters’ lives are introduced, but we’re not given much explanation about how they got to this point. There’s a significant time jump between Farrah’s two flashback scenes, and the game would be better if it portrayed the tribulations she went through to make her the character that she is in the modern day. Her story is hinted at in some of the game’s darkest moments, but the fact that they’re never fully explored feels like a wasted opportunity.

Call of Duty‘s developers have always tried to show the harsh realities of war, and they do it very well here. Modern Warfare has some brutal scenes involving innocent civilians being executed, gassed, and indiscriminately murdered. These are powerful moments on their own that successfully convey the real and dirty nature of modern combat in gruesome detail without feeling like they’re just there for shock value. They drive the story forward, but the whole plot generally feels like a greatest hits collection of scenes from films like Zero Dark Thirty and 13 Hours: The Secret Soldiers of Benghazi.

The campaign is also very short. As a seasoned Call of Duty player, I was able to finish it in under five hours on regular difficulty. The game takes you to a bunch of varied locales, offering a sniping mission, a few stealth missions, and the big bombastic cinematic moments you expect from the series. There’s not really any levels here that will rival fan-favorites like “All Ghillied Up,” but things remain visually and mechanically fresh through its short runtime. However, the developers did shake up the formula in a very notable way.

The standout moments were sections requiring slow, methodical, and incredibly tense breaches to clear out houses or apartment complexes. Creeping from room to room, not knowing what’s behind each door, making sure not to take down civilians, and being forced to question if someone is a threat or not creates an authentic experience not found in other FPS games. 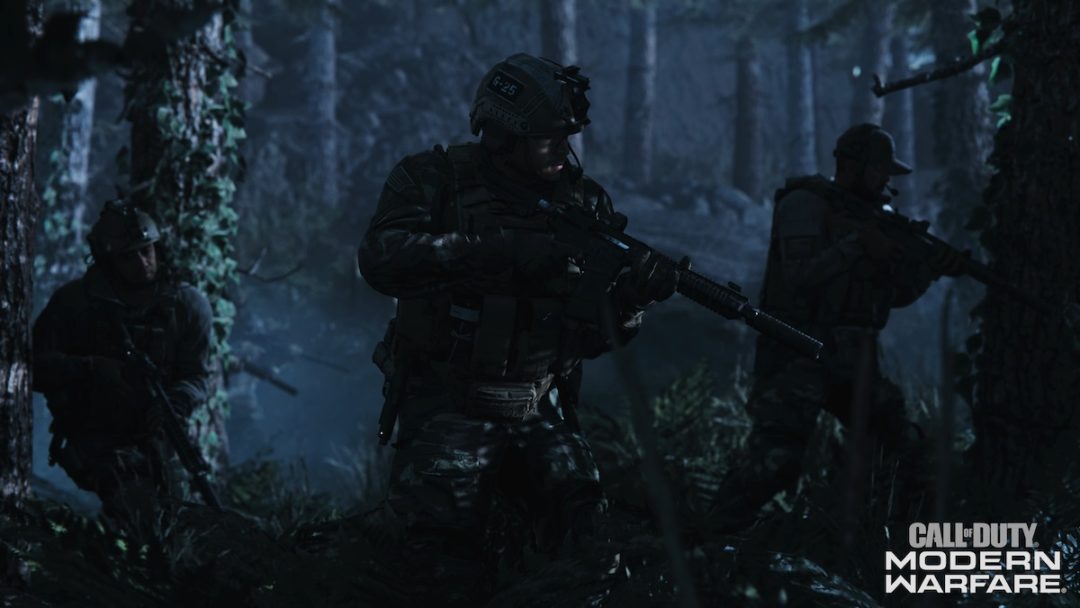 The gunplay in Modern Warfare is the best a Call of Duty game has ever delivered. There’s some recoil now, reloading takes a bit more time, and a lot of quality-of-life features have been added like being able to reload while aiming down the sights and leaning on corners. That last element is weirdly implemented, with player having to click down on the thumbstick to toggle it rather than just automatically leaning like in the Battlefield series.

Everything has a nice weight to it thanks to some seriously improved sound design that rivals or even surpasses the Battlefield series. Gunshots whiz past your head and make loud cracks when they land next to you. Hitting enemies results in a nice thump, doors creak and groan as you slowly push them open during a breach, and you can even hear the footsteps and whispers of enemies as you slowly creep through a house. The visuals have also improved to add in top-notch lighting and environmental detail, especially during the nighttime scenes. The cutscenes are so technically impressive that they can create an uncanny valley effect.

I did not experience any glitches or crashes during my playthrough, though there were some notable frame drops during cutscenes and sometimes during regular gameplay.

For those wanting a very traditional boots-on-the-ground campaign experience, Modern Warfare delivers. It’s a fun campaign to play through, but it moves at such a breakneck pace you have no time to digest any of the tough questions it’s posing. It’s much grittier and more realistic than anything Infinity Ward has done before, showing the player the harsh realities its characters deal and interact with. It just would have been better if the writers had spent more time actually fleshing out those characters and the story.

We’ll provide impressions of Modern Warfare’s multiplayer modes after we’ve spent more time with them. Stay tuned for that next week.