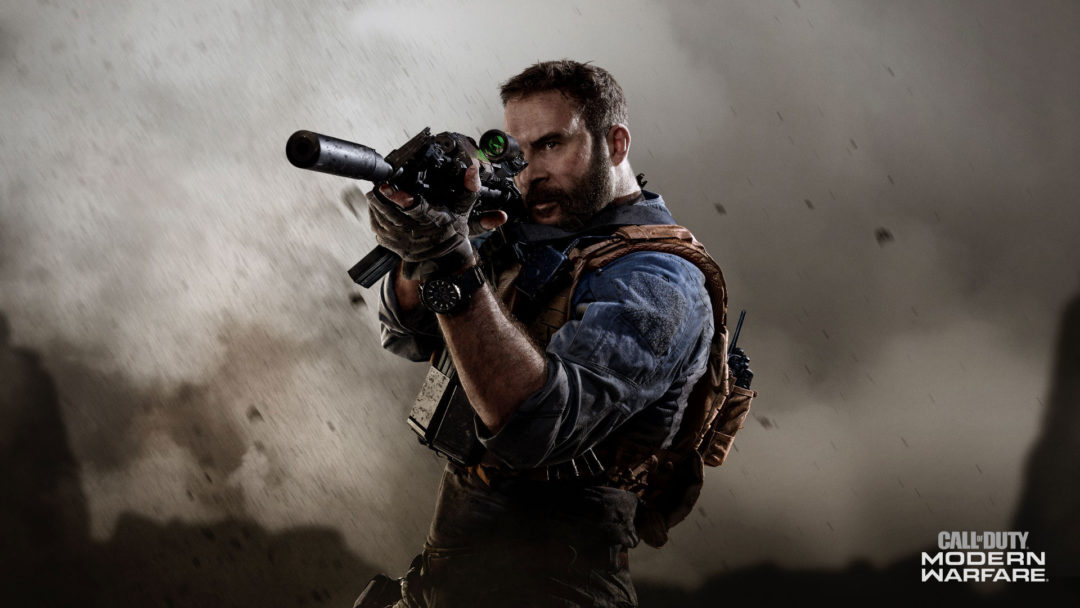 When people think of the Call of Duty: Modern Warfare franchise, the thing that most often comes up is “No Russian.” The fourth level of Call of Duty: Modern Warfare 2, “No Russian” puts you in the shoes of undercover CIA agent Joseph Allen, forced to participate in a massacre of civilians in an international airport. He — and you, at home — believe that this is a crucial mission, one that will cement your initiation into an organization of Russian terrorists so that you can uncover their plan. And while you can choose not to actively participate, shooting over the heads of the civilians if you want or refraining from firing at all, you can’t stop the mission. You have to sit by while the terrorists mow down their targets, and eventually when the cops arrive on the scene, you have to shoot back.

This was a big deal at the time. Gamers, parent groups, and politicians all had opinions on “No Russian,” and the level became an optional, skippable one. To this day, it’s probably the moment most closely associated with the Modern Warfare franchise.

But it shouldn’t be. Instead, the truly emblematic moment comes just as the mission ends, and Joseph Allen, presumably reeling along with the player at all the innocent blood just shed, starts to climb into the extraction vehicle to go back to the terrorist base. Makarov, the leader of the group, shoots Allen — shoots you — in the face, leaving you stunned as your player character slumps to the ground, unavoidably dead. There’s no dodging it, no health pickups, no waiting for the red to fade from your vision. You don’t start back at an earlier save now armed with the knowledge that you’re being betrayed by the terrorists to frame the U.S. for the attack. If you play the level over, there’s still no stopping the massacre, and no killing Makarov. The story of Joseph Allen is the story of an unwitting dupe, and there’s nothing you can do to save him.

But Allen’s death is just the latest in a series of deaths the player is forced to experience without recourse in the Modern Warfare franchise. In the first game, the confusingly-named Call of Duty 4: Modern Warfare, you sit helpless as Yasir Al-Fulani, the soon-to-be executed president of a nameless Middle Eastern country.

Later in that game, your own long-running player character, a Marine named Paul Jackson, is unexpectedly killed after you’ve already fled the danger of the level, seemingly safe in a helicopter, when a nuclear bomb goes off. As Jackson, you slowly crawl through the wreckage of both the bomb and the crashed helicopter, listening to the radio chatter as your vision slowly goes dark. This type of thing happens repeatedly throughout the franchise, as characters under the player’s control fail in their objectives, are betrayed by their superiors, or fall victim to dumb luck. Sometimes you play as unwary civilians taken out by a terrorist attack, or an astronaut on a space walk forced to watch helplessly as the blast wave of an upper-atmosphere nuclear explosion heads your way.

A problem has been cropping up in video games for probably 20 years now: As graphics have gotten more realistic and game engines more robust, it’s become more and more possible to display combat with the full weight of grisly realism, leaving developers with the unenviable choice of how and when to deploy that realism. Games like Fallout and Doom went the route of cartoonishly over-the-top violence, allowing your foes to explode into chunky salsa rain in a way that feels disconnected enough from reality to not feel overly ghoulish.

Call of Duty, meanwhile, never had such an option. Since the earliest WW2-set installments, the series has been trying to prize itself on accuracy in things like weapons, battles, and historical verisimilitude. It’s decidedly not cartoonish, striving instead to serve almost as a simulation of actual combat.

But real wars aren’t won by a single super soldier. Which isn’t to say they don’t ever happen — read about Audie Murphy or John Basilone if you wanna put some hair on your chest — but wars are won by armies, not individuals. As games became more realistic, it began to truly strain credulity when it seemed like you were winning these wars all by yourself like if Steve Rogers had no compunction about killing people.

Yes, Call of Duty does occasionally allow you to mow down wave after wave of enemies while only suffering glancing flesh wounds of your own, but you’re almost always accompanied by squadmates during these portions, and it often reflects the asymmetry present in American warfare today (see also: Black Hawk Down).

The Modern Warfare franchise has tackled this realism by jumping back and forth between multiple characters in each game, creating an ensemble rather than a true main character. No one character has a whole sense of the story, the ultimate designs of the bad guy, or how the pieces fit together. But you, as the player, are granted that omniscience by being able to play as all of them, watching how conflicts form and play out.

Maybe an individual character dies, but from the player’s chair, you can see how that dead character helped move the battle forward, capturing a crucial piece of intelligence or accomplishing some key objective. You get to experience the loss of men, of characters you’ve invested time in, while still seeing the rest of the good guys press onward without them. You get to see collective actions won with individual sacrifices, just like in a real war.

It’s a surprising take, nuanced and melancholy, when one considers how bro-y the Call of Duty fanbase is generally considered to be. And this, far more than things like frenetic multiplayer combat or a “zombies mode,” is what sets this franchise apart from so many others. By granting the player an occasional bitter taste of futility, you remind them that war is, ultimately, not a game, and that no matter how good a player — or how good a soldier — you are, death can still catch you off guard for arbitrary and stupid reasons.

Moreover, by occasionally forcing the player character to unceremoniously die at the hands of a cutscene, you tap into a live wire of anything-can-happen energy that makes the ultimate victories all the sweeter. More than once, playing as other characters like “Soap” MacTavish, you’re able to snatch victory from the jaws of defeat in scenarios that play out very similarly to your unavoidable deaths, with all the slow-mo, dramatic music, and echoing sound effects that normally accompany them. Realizing at the last second that the game has given you control of the character again, with a gun in your hand and the bad guy in your sights, is one of the best thrills this franchise has to offer, and it’s only possible because you’ve been worn down by repeated and unavoidable failures.

It was recently announced that the next Modern Warfare game is going to be a “soft reboot.” Doubtlessly other gamers and writers will have their own lists of things they’re going to want to see out of this franchise moving forward, whether it’s accurate weapons, a new enemy, or a return for Captain Price’s amazing facial hair. There has been some talk that the new game will contain many more fraught, controversial moments like in the infamous “No Russian.”

But for me, the thing I most associate with Modern Warfare is the kind of death you can’t come back from with an earlier save.