Sony and Major League Baseball shocked the gaming world earlier this week by announcing that Sony San Diego’s MLB The Show series would no longer be exclusive to PlayStation consoles starting as early as 2021. While no other platforms have been specified as of yet, both Microsoft and Nintendo retweeted the announcement, so it’s a safe bet that they will see the baseball simulator. Online fan reaction to the move has been largely positive as Nintendo Switch and Xbox owners are thrilled they will be able to receive a great baseball title. Meanwhile, there’s also a pro-PlayStation crowd hesitant about the move, as Sony is giving up one of its most critically acclaimed yearly exclusives to the competition. Ultimately, the pros far outweigh the cons, and this is a brilliant move by all involved.

It’s been difficult to be a baseball fan on non-Sony consoles — Xbox and Nintendo owners haven’t had a good officially licensed baseball game since the PlayStation 2 era. While not having an exclusive MLB license, Sony has essentially had the only baseball game worth caring about for the past decade. Despite having a now-lapsed contract to be the only third-party licensed MLB game, Visual Concepts and 2K Sports abandoned their middling MLB 2K series after the 2013 installment. Meanwhile, Electronic Arts didn’t bother to revive MVP Baseball after the league rights became available again, and the recent RBI Baseball games by MLB Advanced Media have been trash. The only alternatives have been non-licensed games like Super Mega Baseball.

While it’s true that Sony is giving up one of its most critically acclaimed exclusives, MLB The Show has never been a game that would decide a console purchase for anyone but the most diehard baseball fans. It’s more of a great perk for Sony owners than a killer app. The system-sellers remain its marquee exclusives such as Uncharted, Spider-Man, and The Last of Us — not a baseball title. This move isn’t going to make or break how the PlayStation 5 performs, but it can dump a lot of revenue into Sony’s pockets because it’s fulfilling a much-needed niche on rival consoles. If you have a monopoly on a market, then you might as well make it available to everyone interested. 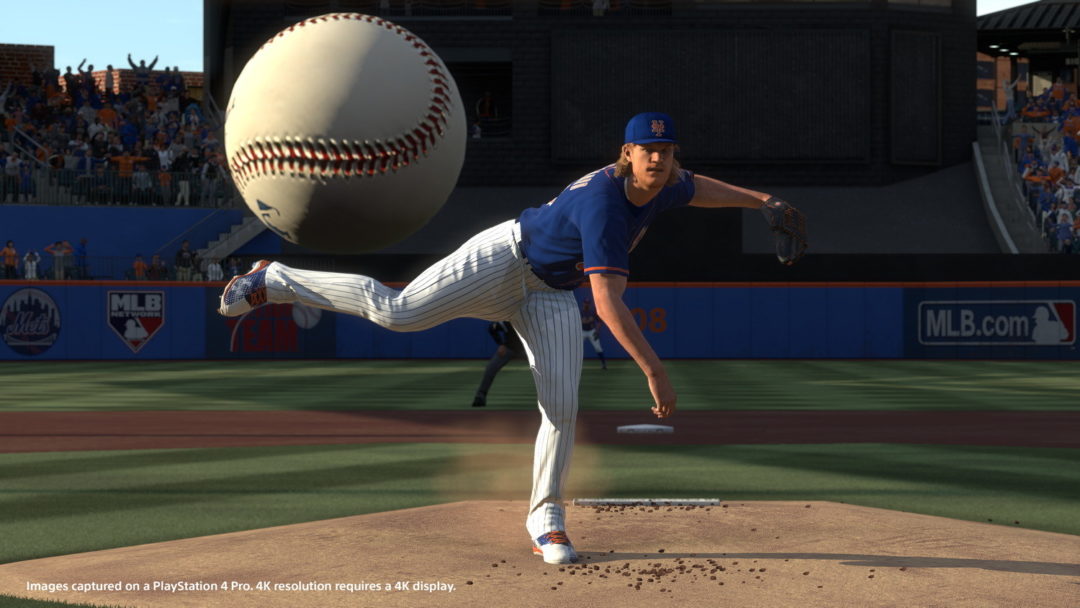 The move with MLB The Show also signals a more pro-consumer attitude from Sony ahead of the next console cycle and gives them some great press as a result. Microsoft’s willingness for cross-play, making exclusives available on Game Pass upon launch, and even putting some of its best titles on Switch, has positioned them as the most consumer-friendly console maker. That isn’t going to change with this move, but it does help Sony change a perception that has plagued it since the PlayStation 4’s success that it is arrogant and not willing to work with others to better gaming as a whole.

The move of Sony bringing games to other platforms isn’t totally unprecedented, either. While it’s the first time that Sony has brought a first-party title to other platforms, Sony Interactive Entertainment recently published ReadSet Heroes on the Epic Games Store. Sony Music also has its own game publishing label, Unties, which has put indie games like Tiny Metal and Chiki-Chiki Boxy Racers out on Nintendo Switch and PC as well as Sony consoles. This is clearly an idea that Sony has become more open to over the past couple years, and it’s finally moving forward with it after dipping its toes in the water.

Ultimately, this is a situation where everyone wins. MLB The Show will instantly be the best baseball game on a Nintendo or Microsoft console as of 2021. Sony gets good press to rehabilitate its insular image, and its loyal fans will still be able to enjoy it on PlayStation 5. There is no real negative to a pro-consumer move like this, as the extra units sold will make up for the few consoles it might cost Sony in the long run. For the first time, we’re seeing all three console manufacturers work together when it makes sense to do so, and it creates a much better gaming landscape for fans.