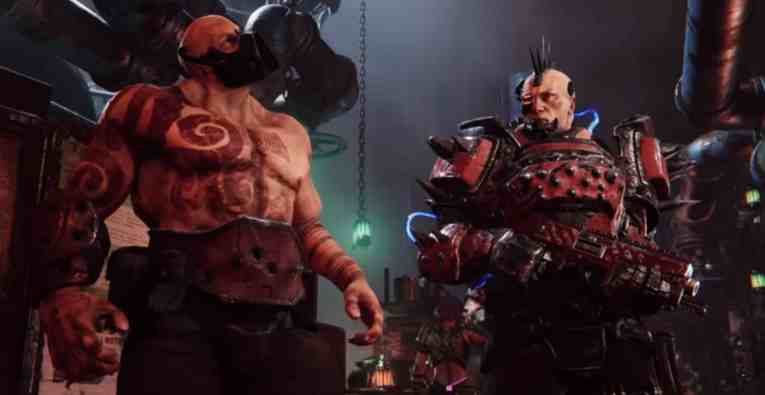 The underground gangs of Necromunda: Hired Gun have never looked more wretched than in the game’s new “Enter the Hive” trailer. Publisher Focus Home Interactive and developer Streum On Studio debuted the footage today, taking players on a two-minute trip through some of the darkest parts of the Warhammer 40,000 universe. Besides the violent thugs that plague Necromunda: Hired Gun’s underhive, the trailer showcases Martyr’s End, a sort of hub where you’ll be able to make friends, upgrade your character, and choose which contracts to work on. See the latest look at Focus Home and Streum On’s FPS below.

Necromunda: Hired Gun was revealed last month as a Warhammer 40,000 spinoff with enough murder to make your head spin. You play as a versatile mercenary who can wall-run and use a grappling hook to take advantage of the game’s many gunfights. A robot-dog friend, known as a “cyber-mastiff,” will join you on your journey, tearing into any foes that cross your path.

Necromunda: Hired Gun launches digitally on PC, PlayStation 4, PlayStation 5, Xbox One, and Xbox Series X | S on June 1. Physical versions of the game are set to arrive on June 30. Preordering any copy of the game will net you the Hunter’s Bounty pack, cosmetics, a Guilder theme, and, thank god, a special chew toy for your in-game dog.