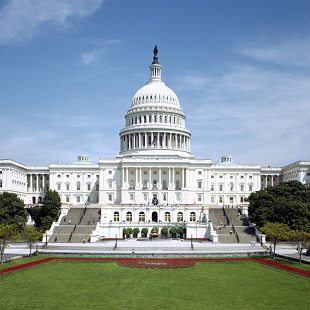 Your one-stop-shop for government Wikipedia involvement.

The world of Wikipedia edits is always tough to follow, even if the edits are made in the name of humor. Who cares if someone edits in Tim Howard as a cabinet member? But it could a different case if edits are being made by the US government.

That’s not to make for some sort of government conspiracy rallying call — there’s already plenty of ammo for such things — but it’s important to know when changes to the world’s biggest information index are being made by Congress.

Enter @CongressEdits, a new Twitter bot that spits out public alerts whenever IPs attached to the Capitol building make changes to Wikipedia.

The bot is the work of Ed Summers, an independent open source developer who started the account after his friend started a similar bot for the British Parliament.

The account has only been live for a week, but it’s already garnered over 13,000 followers, and has already posted some rather…interesting edit alerts.

The content of the edits isn’t included in the tweets (that would be incredibly complicated, I gather), but netizens with more time on their hands will undoubtedly uncover nefarious edits if and when they’re made.