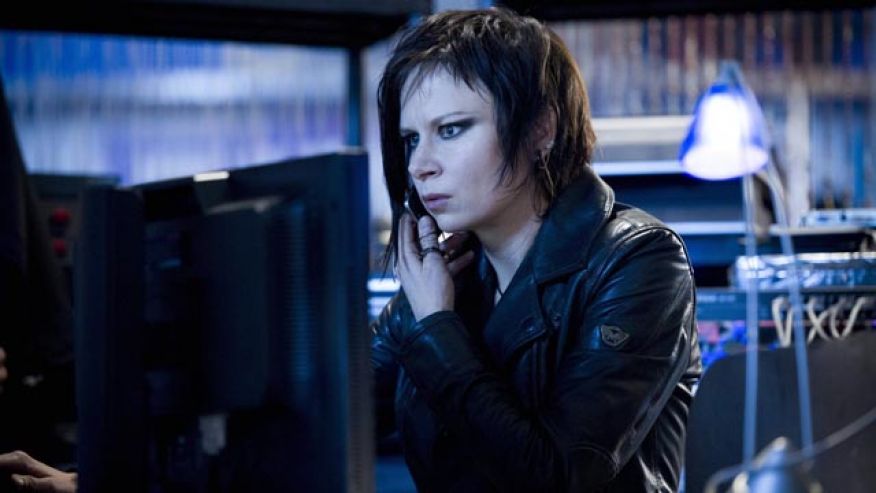 After a solid 8 million fans tuned in for its debut last week, 24: Live Another Day – the revival of the beloved Fox drama that aired for eight seasons and went off the air four years ago – fell into its comfortable holding pattern of vague tech hacking, random life axioms, and split screens right out of the classic bank-robbery film The Thomas Crown Affair (the original, not the remake.) No longer hiding out in Serbia, Jack is back! The streets of London were never more frightening than when Jack Bauer, bedecked in his H&M-worthy jacket and messenger back, is trying to stop an assassination on the president and keep the drones out of the hands of the enemy. Let’s get into this episode.

Like the opening credits of The Love Boat, or the beginning of a cheesy murder-mystery, this episode started with a “previously on” sequence that not only caught the viewers up on the essentials of the story, but also gave us the character names as their respective faces appeared on the screen. I can only guess Fox knows the shows characters are a little all over the place and therefore we needed reminding. It sort of helped, but it was also a wee bit laughable.

The first bit of plot arrives when Jack finds the body of his current target Derek Yates dead on the bathroom floor of a pub, continuing the tradition of being forced to follow dead bodies to get to the top terrorist food chain. To quickly recap, Derek has just been killed by his Eastern European girlfriend who turned out not to be Eastern European at all but Simone, the daughter of Margot Al-Harazi, an English woman who married into Al-Qaeda and has a real thirst for drones. Simone also turns out not to be Eastern European because “Eastern Europe” is a Western construct based on stereotypes many Americans have invented regarding any European country that isn’t Italy, France, or Spain. But, I digress. Jack is pretty sure he and kohl-eyed Chloe are going to catch Simone, having just killed Derek, as she’s leaving a tube station, but just as luck would have it, Chloe is distracted by a young family that reminds her of her husband and son (both dead due to a car accident) right at the moment Simone gets into a car and gets away. Jack, who’s rocking a major “man-orexic” look this season, isn’t pleased. After Simone gets away, Chloe tells him about her husband and son, to which Jack exclaims: “You can’t bring back the ones you love. Trust me.” Ah, I was waiting for Jack’s minimalist waxings on life. Because this is 24, it doesn’t take a rocket scientist to figure out there’s more to that story than meets the eye, to use two clichés.

Meanwhile, Simone has made it back to the country estate where her mother is plotting. At the estate, we meet Simone’s brother (hubba hubba) and her husband, Naveed, who seemingly has a problem with the fact that his wife, an Al-Qaeda operative, must sometimes have sex with other men as part of her job. Margot, his mother-in-law, reassures him that it’s all part of the game and that what they’re doing is worth it, so he just needs to chill the fuck out. Within this storyline, the implication is that female sexuality is the greatest weapon a militant religious group has. Sure, it’s going to be great when they gain control of the drones, but really, the fact that Simone can seduce men with her model good looks is really what will get this jihad rolling.

Back at not-Wikileaks, Jack decides the best course of action is to find his way into the American embassy and prove that the drone killing in last week’s episode was due to a computer hacking and that the illegal drones exist. Chloe and her boss agree to help him get into the embassy by making him false credentials. When it comes to identity, Jack Bauer’s got it tough. He fits that classic conundrum of always having to convince people of the truth, more often than not failing. He can never be himself, must always assume another identity so others will believe him and the truth can be heard. 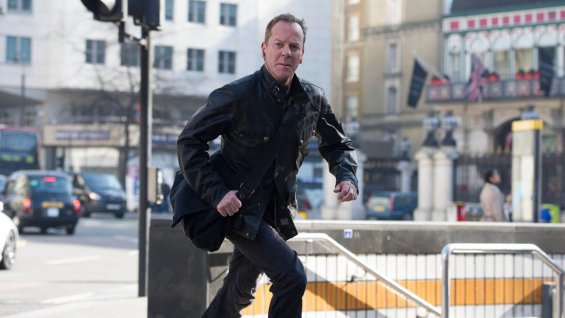 One of the subplots involves Kate, the lady who didn’t realize her husband was a bad guy and who, in the last episode, was about to leave her job when she was distracted by Jack Bauer, who I’m convinced she has a crush on, returning to the grid. She has Basher, the guy who was housing Derek Yates, on his knees with his baddy cronies. She wants answers about Jack Bauer, and well, they’re not cooperating. It was very disheartening, and just this side of offensive, to see a beautiful white woman questioning a group of Middle-Eastern men on their knees right in front of her, especially when its revealed a minute later that she’s holding them on no grounds and that they’re to be released. She can’t completely agree to that, so she bashes Basher (see what I did there) in the head for further questioning. When she and her African-American partner are driving around London, their conversations and mannerisms made me feel like their scenes could be interchanged with shots directly out of Crisis.

As Jack is approaching the embassy, sporting some fabulous aviator sunglasses, we see Chloe’s boss force one of the workers at not-Wikileaks to ensure Jack is tagged upon entering the security gates. Chloe realizes this a little too late and tells jack to run. Of course, chaos ensues and a few people are shot. In the end, Jack makes it into the embassy, because of course, why wouldn’t he?

Back at the estate, Naveed is still troubled. Come to find out, it’s not the fact that Simone has to get it on with strangers for the sake of her greater promise to the cause, it’s the actual terrorism itself. Whoah, Fox, way to be racially provocative: have the actual Middle-Easterner be the voice of descent in a family of terrorists. So ironic! And of course, to quell his misapprehensions, his wife Simone seduces him with a blowjob while her mother Margot watches via the security cameras. When does the brother get in on the action? Poor kid is stuck with all the coding while everyone else is either watching or having sex. Terrorism is so not fair.

The other secondary storyline involved President Heller getting ready for his big presentation before parliament. Mark, his son-in-law still thinks it isn’t a good idea to stand before another government’s ruling faction, but the president will not be swayed. Naturally, when the president is before the Brits, it’s veritable blood bath of insults and awkward silence. Meanwhile, Mark is forging President Heller’s name on documents that would give Jack Bauer to the Russians. Little does he know that Jack Bauer isn’t anyone’s to give. Speaking of President Heller, does anyone else find it hilarious that his name is the phonetic pronunciation of how Mable “Madea” Simmons says “hello?” Anybody?

Well, things are moving right along in London. It’s only a matter of time before the near-mute Jack Bauer saves the day with his bag of tricks and earnest demeanor. I’m still not understanding some of the stylistic choices. For instance, what is up with Chloe’s makeup? She looks like a goth chic who got lost on the way to the opera. And speaking of eyes, why did Mark and Chloe’s boss both have such obvious evil eye stare when they were getting away with their devious deeds? Mark even goes as far as to look around the room after he’s forged the president’s signature. Hopefully those sorts of obvious cues will be ironed out in the next few hours.