The Hearthstone: Grand Tournament expansion is launching on Monday, August 24, and will add 132 new cards, new quests, jousting and more to the popular card game. In preparation for the new expansion, we’ve asked the Hearthstone junkies around our office to share some of their favorite cards that are being added. Check out their favorites, and let us know if you have a personal favorite over in the comments! 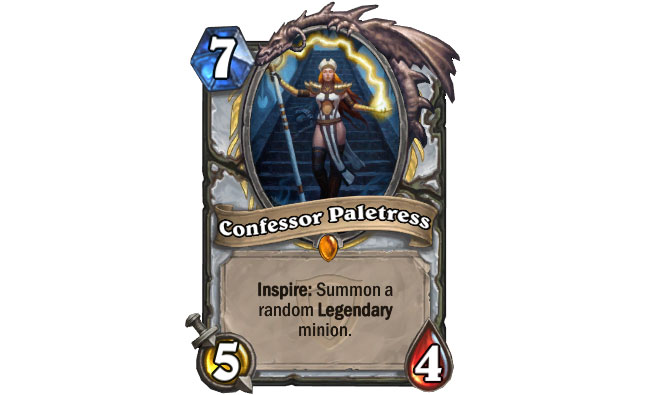 I enjoy playing Priest, even though I’m not particularly skilled with them. Their draw power is incredible, given Northshire Cleric’s ability, which draws you a card every time a minion gets healed. Confessor Paletress uses the Inspire mechanic to summon a random Legendary minion, which means that healing a minion with both creatures on the board draws you a card and gets you a Legendary, which seems like a ton of rage-inducing fun. 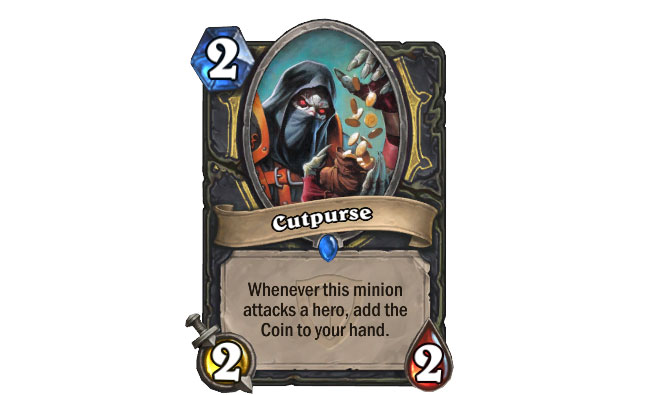 If you’re focusing on the Combo mechanic with your Rogue deck, you pretty much always want to go second, so you get the Coin to start off. The Coin is free, and gives you a bonus mana for the turn. It turns on Combo spells like Tinker’s Sharpsword Oil, which can have a particularly devastating impact on the game, since it adds 6 permanent attack power with Combo. Cutpurse, of course, gets around the necessity of going second by offering an early-game option for stocking up on the Coin. It will likely take work to get him through, but there’s some potential. 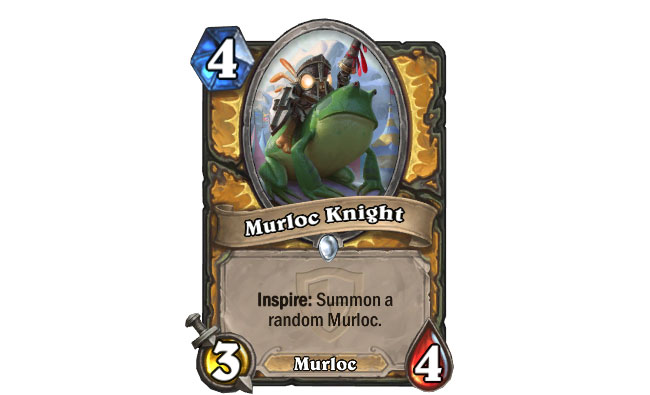 I’ve been trying to make my Paladin Murloc deck work for a while. It’s not bad, but it’s hardly consistent. The new Paladin-specific Murloc Knight, however, brings a lot of potential value to the deck. Using your hero power to summon a 1/1 dude, you’ll get a random Murloc on the board as an added bonus. Team him up with some of the minions that reduce the cost of your Hero Power, or allow you to use it multiple times per turn, and you’ve got a Murloc army at the ready. 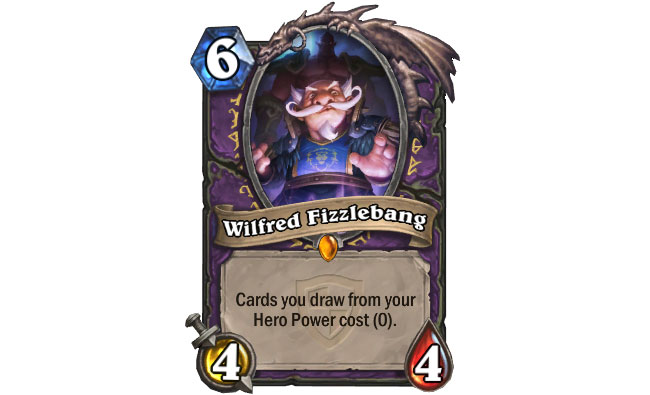 I love my Warlock. I’ve been playing Handlock for a while, because playing an 8/8 on turn 4 makes me happy every single time. One of the Warlock’s most important features is its Hero Power, which draws a card at the cost of 2 mana and some health. It’s incredible all by itself, but when you add Wilfred Fizzlebang into the mix, it gets ridiculous. Drawing a Molten Giant with this guy out means you can cast him without being on the brink of death, which is preferable to never knowing whether you’ll survive the next turn. 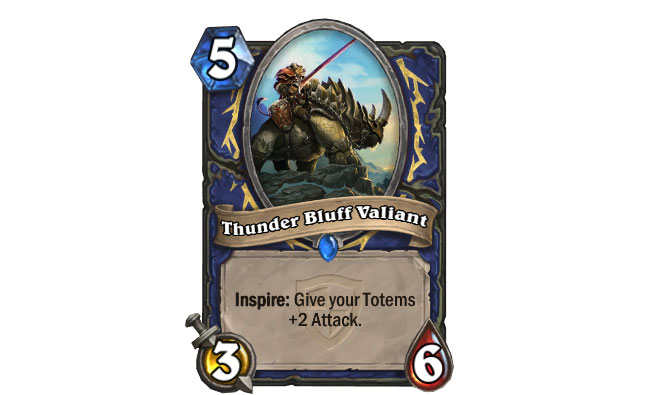 Shaman control decks are a major contender in hearthstone, and Thunder Bluff Variant just gave them another win condition. You will frequently find yourself with 2-3 totems out in play. This is simply a weaker Bloodlust card for control decks which are usually low on creatures. I predict Shaman Totem decks will be a thing. 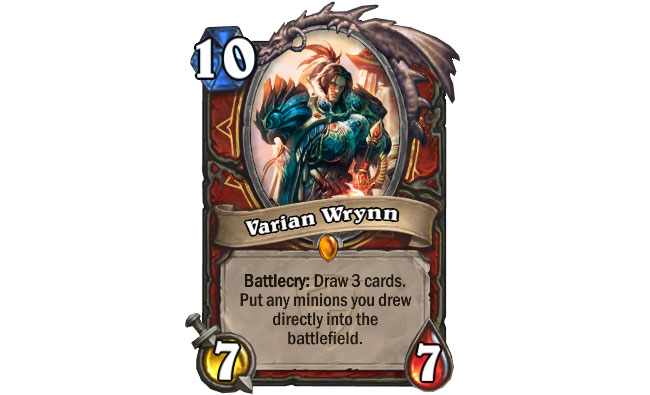 This is a great win condition card for control warrior, which is a powerhouse in the current meta game. At worst, he is a 7/7 with draw 3 for 10 mana, giving the warrior more deck advantage cards which I think it really needed. At best, he summons other high level minions with him for free, even though you potentially may lose your battlecries. He makes a great tag team card with Chromaggus as well, allowing you to copy the cards drawn into your hand. 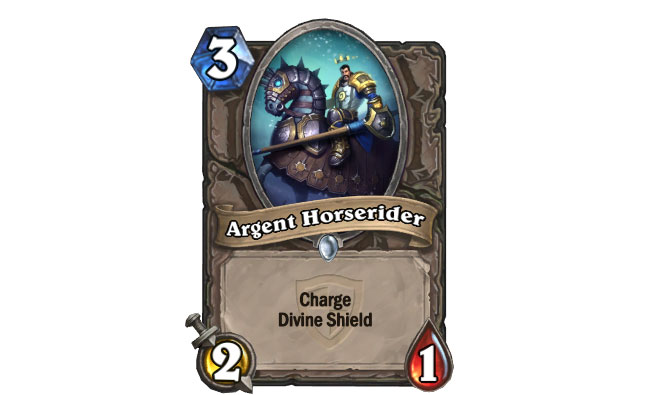 I predict that Argent Horserider will replace Wolfrider in early game, aggro face decks. It is unpingable by mages and rogues (or taskmaster), and can do more damage than Wolfrider when played on turn 3, by attacking twice. Therefore, even though you are technically losing 1 attack for swapping Wolfrider with Horserider, you will almost always get to attack twice with it. 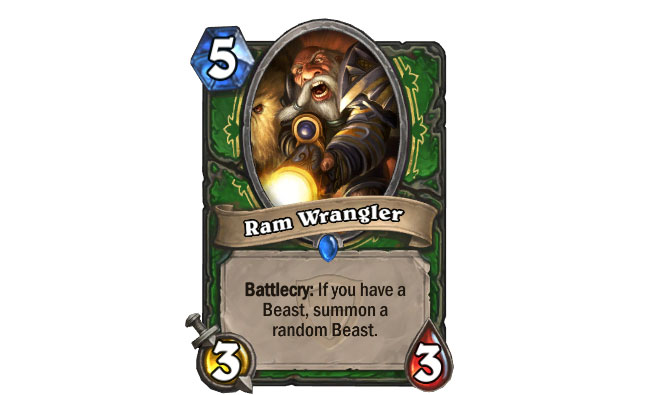 Great for any hunter beast deck variant. There are approximately 12 great beast cards that will put you ahead of the battlefield curve, giving this card a 25% change to put you ahead of your opponent with only a 10% chance of a bad outcome. Unfortunately, this is my least favorite out of all of my suggestions because the condition of having a beast out in play, meaning there will be times he doesn’t get his proc. If he doesn’t proc at all when played, a 3/3 for 5 mana is really bad value. 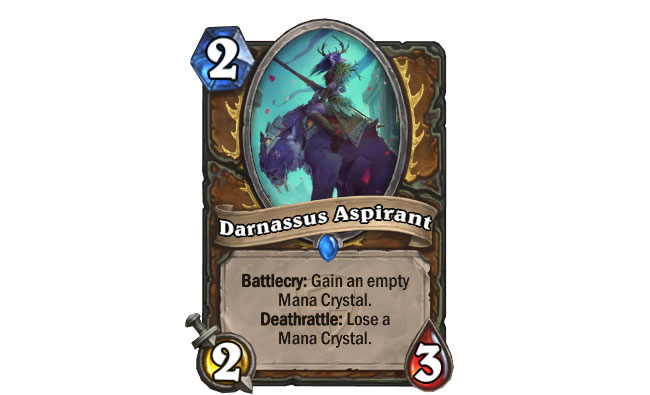 Of all the cards in The Grand Tournament, Darnassus Aspirant perhaps fits the most cleanly into an existing deck archetype. The Mid-Range/Ramp style Druid deck has been a staple of the ladder for quite some time, and that deck often lives and dies by whether it can mulligan into a Wild Growth or Innervate. Darnassus Aspirant is just another way to try to jump ahead and start playing four drops early, where the deck really starts to shine. Even if it dies later you really only needed the one turn with it to ensure you don’t fall behind and then you just start playing out on curve. It also doesn’t hurt that it’s another body to chip away at their life total as you work towards the Force of Nature + Savage Roar combo. It’s also worth noting that this does knock off a few percentage points out of Piloted Shredder – since you won’t get the Battlecry. It’s certainly not enough to stop running it, but it might weigh into decisions of trading if you have a lethal on the next turn but need all your mana. 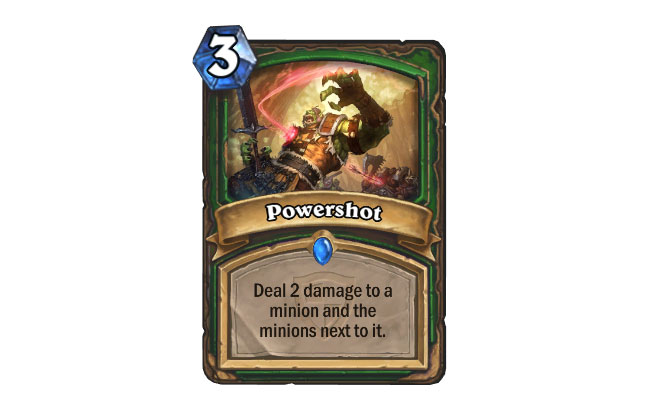 Some of the cards I’m most interested in out of The Grand Tournament are those that help to expand the existing class/deck archetypes. If for no other reason, it’s valuable for the classes as a whole to be able to present a bunch of different deck option. Do you mulligan for better cards against one type or hold a mediocre hand against either? For instance, Warriors can leverage presenting similar to being a Control deck but actually have the Grim Patron combo. Hunters have already enjoyed some flexibility of being more aggressive or more mid-range focused and new cards like Powershot let them even further push the controlling aspect. This little mini Consecration is perfect for cleaning up your opponents first few plays. With an early play like Webspinner it would be pretty easy to wipe out your opponents first few aggressive plays very efficiently. Most of the other Hunter cards out of The Grand Tournament also support a more controlling shell. 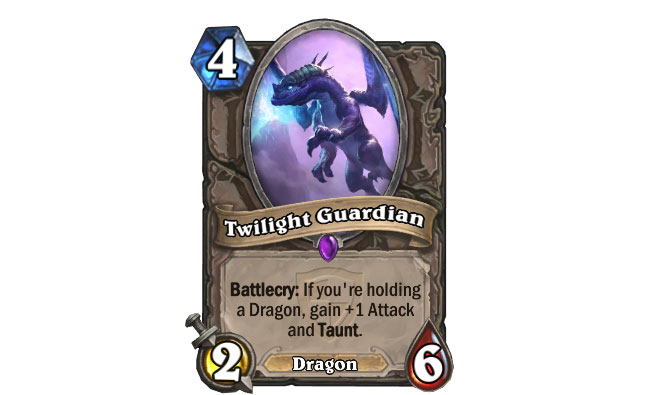 Twilight Guardian is basically the card that every Dragon deck was missing out of the Blackrock Mountain card pool. While they had powerful tempo and synergy plays with cards like Rend Blackhand and Blackwing Corruptor, they had to rely on non-Dragon cards in order to defend themselves – which further diluted the deck of getting a critical mass of dragons. There was in fact not a single Dragon with Taunt, nor did any of the Dragon synergy cards have taunt as well. Not only is Twilight Guardian a Sen’jin Shieldmaster with an extra toughness, but it’s also incredibly key that it’s a dragon itself, further expanding the density of dragons in your deck. Combined with the new Dragon synergy class cards for Warrior and Priest and the new Dragon legendary Chillmaw, expect to see a lot more Dragons flying about post release. 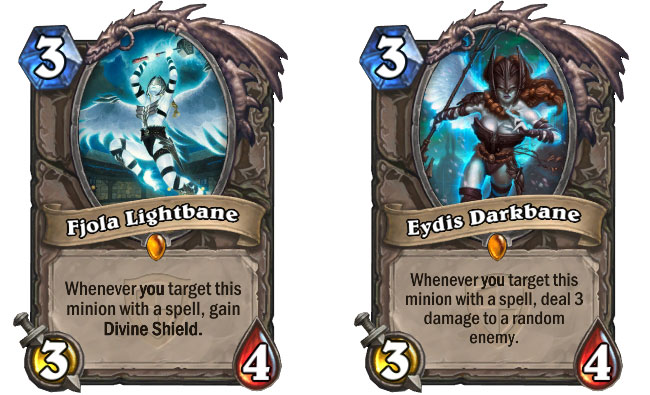 I’m not 100% sure what decks or classes want these yet, though Paladin and Priest are frontrunner for targeting their own minions, but these cards are just too powerful to not make a splash. Eydis Darkbane is certainly the better twin of the two, especially if you’re holding to four mana to play and buff it with say Power Word Shield – similar to how Tempo Mage holds some spells for a Flamewaker turn. But Fjola Lightbane isn’t too shabby once you get back to your turn. Both of these cards can generate a lot of value and tempo, and all that while still being a Spider Tank-sized body if your opponent every hits them with a silence. 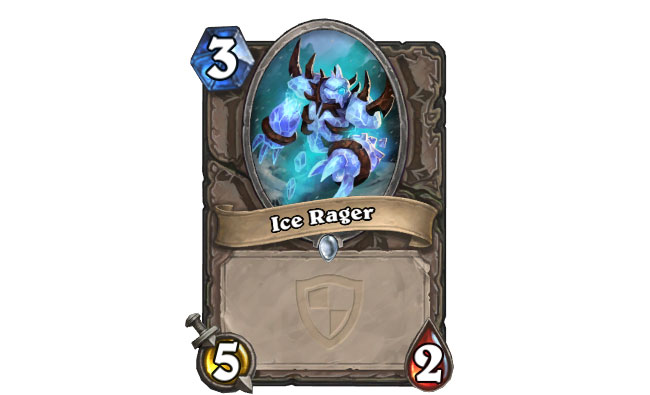 It’s a Magma Rager with another health at the same cost! Clearly OP power creep!