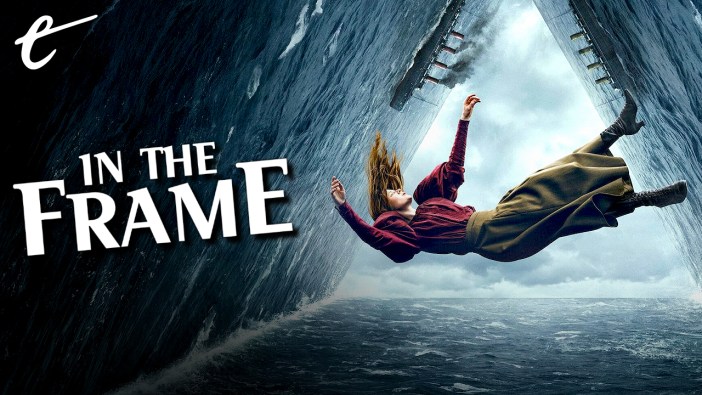 Earlier this week, it was announced that Netflix had canceled its high-profile mystery series, 1899.

The announcement didn’t come from Netflix but from series co-creator Baran bo Odar, who released it via his Instagram. “With a heavy heart we have to tell you that 1899 will not be renewed,” he wrote in a statement signed by his partner and series co-creator Jantje Freise. “We would have loved to finish this incredible journey with a second and third season as we did with Dark. But sometimes things don’t turn out the way you planned. That’s life.”

In some ways, this announcement was inevitable. Streaming services are going through a volatile phase. Money is not flowing as freely as it once did. The stakes feel a lot more real than they did even three years ago. In September, AMC announced “large-scale layoffs” as a result of grossly overestimating the viability of its streaming offerings. Warner Bros. has been removing content from HBO Max. Services like HBO Max and Paramount+ are canceling shows they’d just renewed.

Following a massive stock tumble driven by the company’s first loss in subscribers in a decade, reports suggested Netflix would embrace a greater “discipline” in its spending. 1899 seems to have arrived at precisely the wrong moment. The show was reportedly the most expensive German television series ever made, with a budget estimated at around €50 million. However, 1899 was far from an assured hit. It was a heady and surrealist mystery show with a cast that spoke 10-12 languages.

1899 was clearly intended to capitalize on the success of Dark, the German-language time travel show created by bo Odar and Freise, which was reportedly Netflix’s biggest European hit to that point in time. The logic would appear to be simple: give bo Odar and Freise a bigger budget and a more international cast, and replicate the success of Dark on an even larger scale. However, the reviews (including our own) tended towards lukewarm rather than enthusiastic. 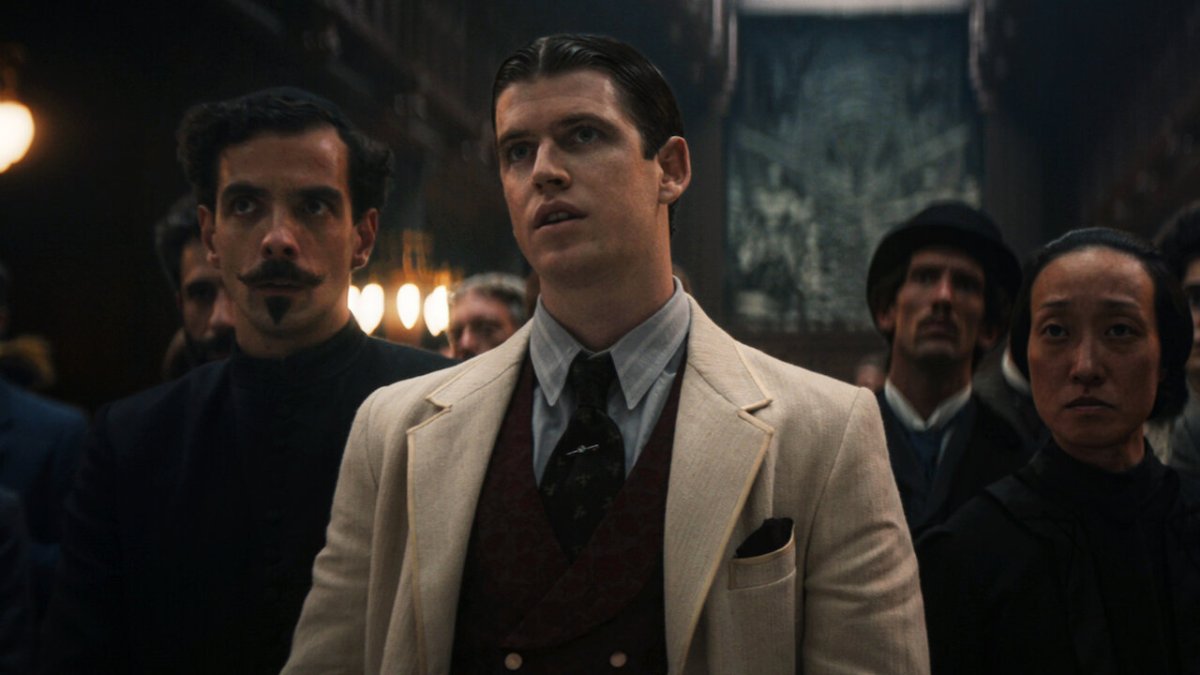 Netflix’s cancellation logic has always been somewhat opaque. This is one of the luxuries of being a streaming service that doesn’t have to report externally audited viewership figures. While companies like Parrot Analytics and Nielsen try to calculate rates of engagement, Netflix isn’t subject to ratings like traditional networks have been. This will change as the service introduces an ad-supported tier, just another way that streaming looks more and more like broadcast television.

At times, the company’s renewal logic borders on parody. The Sandman was seemingly one of the most popular shows in the world last year, but the company took its time announcing a second season. This led to the surreal spectacle of author Neil Gaiman having to publicly appeal to fans to urge their friends to finish the series, because there weren’t enough audience members “binging it” to make it appealing to the service. It is a weird model.

As a rule, the streaming service seems to prefer shows that run about three seasons or 30 episodes, suggesting that algorithmically determined ideal length, in terms of adding value to the company’s backlog. Of course, it is worth noting here that Nielsen streaming ratings suggest that shows with hundreds of episodes in the back catalog — from Criminal Minds to NCIS — tend to do reasonably well on streaming platforms, just by sheer volume.

However, Netflix can also be quite ruthless. The service has a history of dropping shows after their first seasons. The trend really began with a spate of dramatic high-profile single-season cancellations in 2017: The Get Down, Girlboss, Gypsy. However, it quickly accelerated: Disjointed, Everything Sucks!, Seven Seconds, The Break with Michelle Wolf, The Joel McHale Show with Joel McHale, All About the Washingtons, The Good Cop, Chambers, Tuca & Bertie, No Good Nick, and many more. 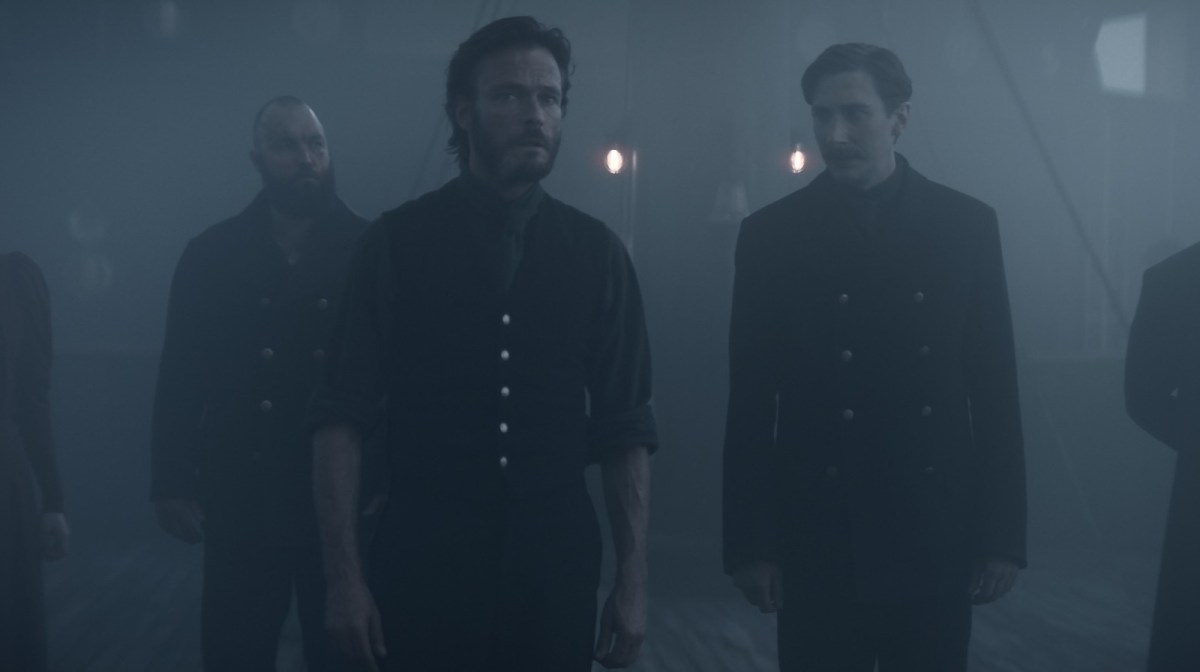 Theoretically, the logic of streaming is supposed to be different from that of broadcast television. Broadcast television is built around the schedule, the nightly blocks of entertainment. In contrast, streaming services are built around the library. The idea is that anybody can watch anything at any time. The value of a streaming series theoretically doesn’t lie in the instant of release, but as a book on a shelf that can be picked up by any random subscriber at any time.

However, reality does not reflect that argument. In many cases, it is hard to imagine what value these abruptly canceled shows might add to these services in the long term. Who is going to browse Netflix 10 years from now, find the single season of Cowboy Bebop, and decide to make that their binge? Bloodlines and Ozark are theoretically far more appealing to this hypothetical viewer, because they at least ran their course. Even Sense8 got a second season and a movie.

Of course, there’s a very simple reason for this: The economics of this current model of streaming are not sustainable. To commission a second and third season of an underperforming show like Merry Happy Whatever or Daybreak in the hopes of making them more appealing to some hypothetical future viewer would be to throw good money after bad. It makes more sense to amputate mercilessly, to cut something like Soundtrack off at the nearest joint.

As such, this model of streaming renewal and cancellation has no real benefit over the traditional broadcast model, while inheriting many of its worst impulses. This spate of cancellations at Netflix and other services recalls the trigger-happy approach taken by Fox at the turn of the millennium, when the young network canceled a host of promising young shows for underperforming in the ratings: Profit, The Tick, Firefly, Wonderfalls, Undeclared. 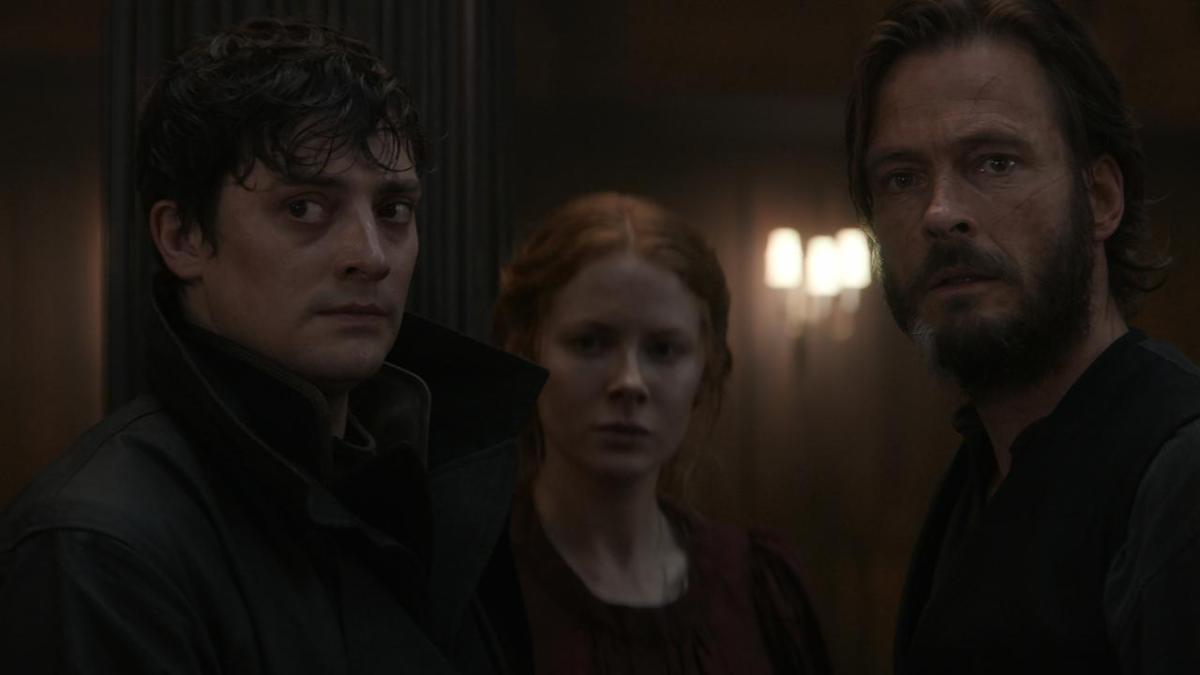 It shouldn’t need to be said, but with the boundaries growing increasingly blurred it’s worth repeating: Television is a fundamentally different medium than film. It follows a different set of rules. Television shows are works in progress. They exist in a state of constant evolution. Whereas a film is a self-contained project, television works like a conveyor belt. Writers working on later episodes can respond to the audience’s reaction to earlier scripts and to the strengths of given actors.

Television has historically been a more organic medium than film, with writers and producers reacting to factors that could never have been anticipated during pre-production. Many beloved shows have notoriously rough first seasons: Star Trek: The Next Generation, The Office, Parks & Recreation. Those early seasons are often proofs of concept, as the production team figures out (in real time) what works and what doesn’t, which actors are good at what, and what audiences like.

Of course, modern television production has changed. Few prestige shows are produced on a weekly basis. In most cases, a given season is filmed before the first episode airs. Still, even in those cases, there is room for growth. During the first season of Better Call Saul, the writers were unsure what function the character of Kim Wexler (Rhea Seehorn) would play. While reviewing the edit of the fourth episode, they noted a reaction shot, with Kim smiling at Jimmy’s (Bob Odenkirk) antics.

Seehorn’s performance of that scripted moment provided a key to the character. “The way she played it just felt so right that it gave us a strong feeling for where we were going with her,” explained co-creator Peter Gould. The writers leaned into this at the next opportunity: the second season premiere. Suddenly, Kim is an active participant in Jimmy’s schemes, against her own better judgment. She becomes one of television’s great characters. 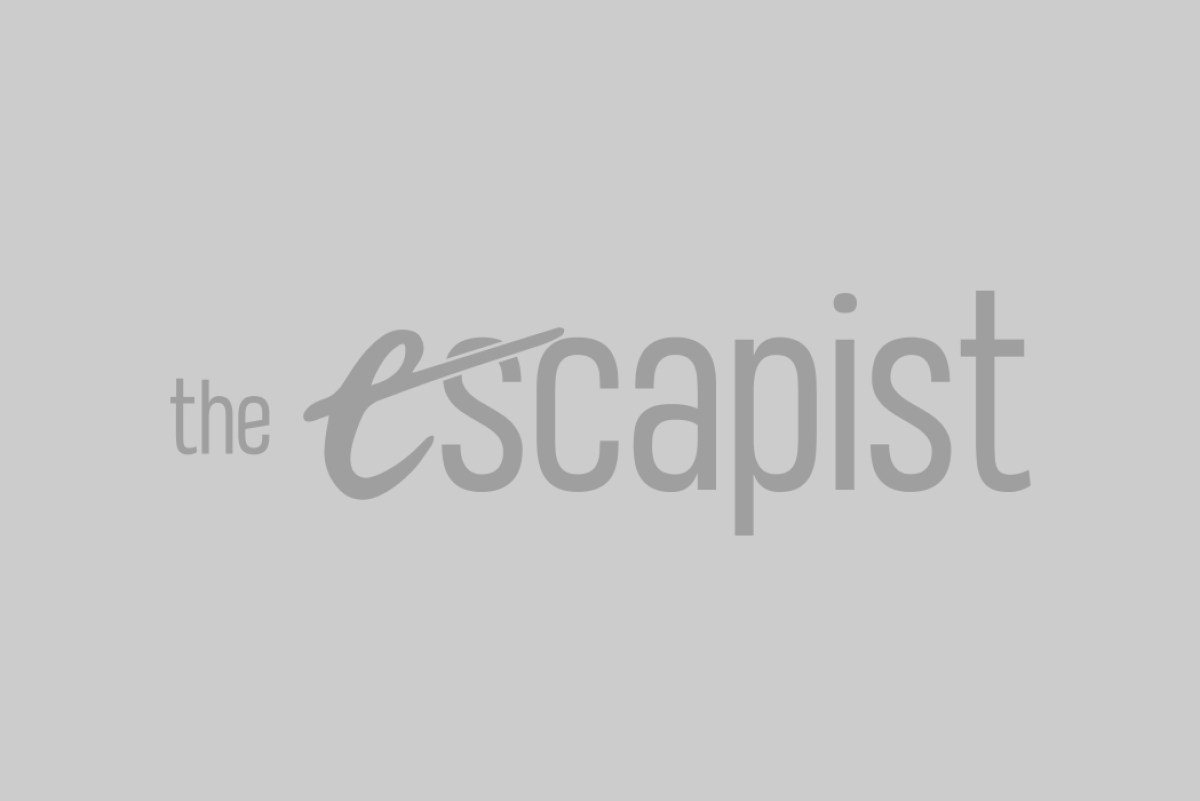 That cycle is part of what defines television as a medium, the ability to organically learn and change in a way that isn’t possible in cinema. However, these ruthless cancellations make it impossible for streaming shows to evolve. NBC famously wanted to cancel The Office after six episodes, but the writers were given the chance to retool the show. Given the popularity of The Office on Netflix, the service should probably appreciate the leeway that it was given.

Many of the premature cancellations of Netflix are sitcoms like Turn Up Charlie, The Big Show Show, Dad Stop Embarrassing Me!, The Crew, Country Comfort, and Blockbuster — shows that rely on chemistry and cast dynamics that take a lot of trial and error to figure out. Netflix has clearly done the math and worked out that it is missing a breakout sitcom like Friends on HBO Max or The Office on Peacock, but it won’t give its crop of sitcoms room to grow.

There is no small irony in this. Netflix has a history of licensing content from other broadcasters and helping to turn those shows into unlikely hits. Breaking Bad was an AMC show that found an audience on Netflix. Cobra Kai began as a YouTube Red show but only took off when those seasons streamed on Netflix. The first season of You made no impression on Lifetime but became a cultural phenomenon on Netflix, which picked up the show’s later seasons. 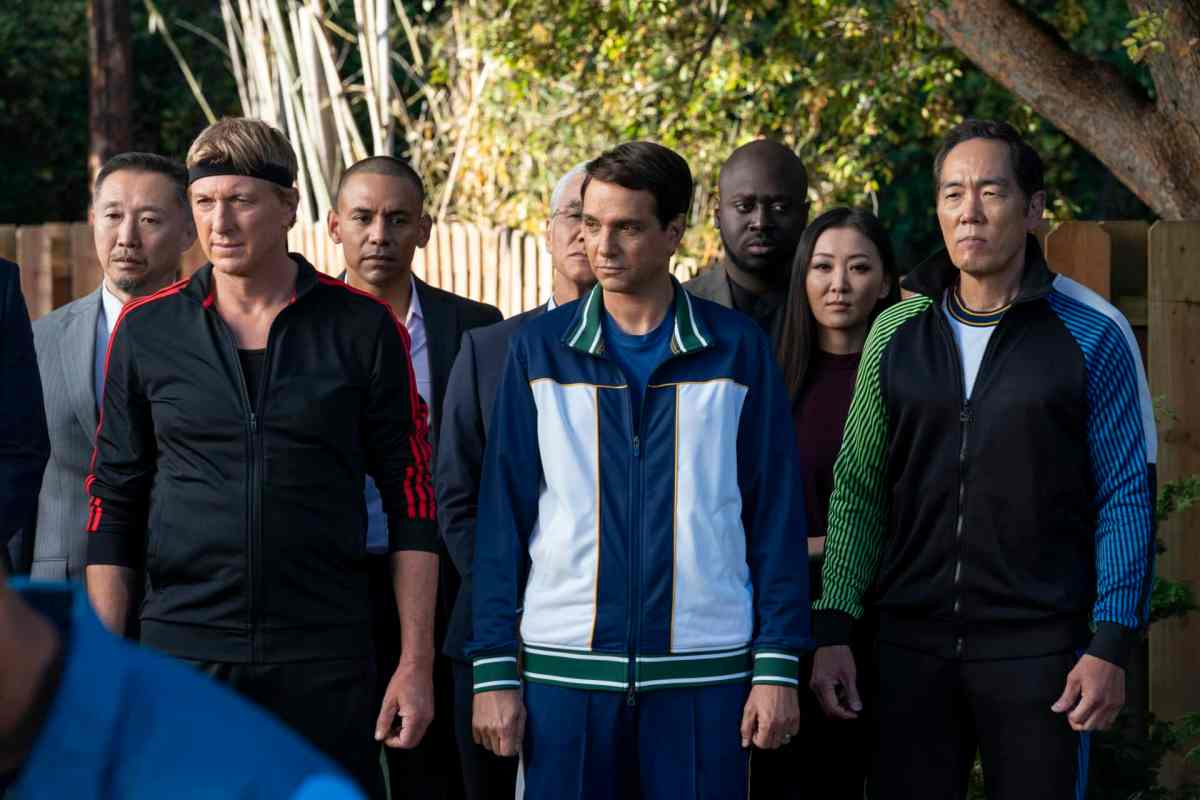 It is a reminder that, no matter how much these streaming services might position themselves as tech disruptors, they still adhere to traditional business models. Netflix doesn’t have any ancillary downstream markets to which it can license content — that would defeat the purpose of making such content. However, making these shows is more expensive than licensing them, and so the threshold for success becomes much higher and much more urgent. There’s no room to grow.

The problem is compounded by audience behavior. In the streaming age, the average viewer is shrewd enough to understand that there is a high chance that a given show will be prematurely canceled. Why risk investing time in something that won’t get the chance to complete its story or simply hone its storytelling? It may be safer to hold back on committing to a show until it has already released a couple of seasons, but that delay just makes it more likely the show will be canceled.

It is a head-wrecking paradox worthy of 1899 and an illustration of just how much the recent compression of the streaming market is challenging the young release model. Just like that prematurely canceled series, there may not be any satisfactory resolution to be found. 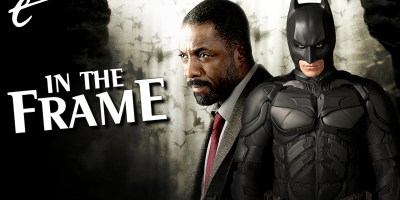 Luther Is a Batman Show Without Batman 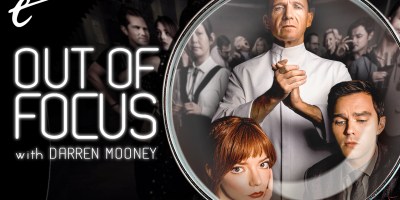 The Menu Is About the Art of Eating the Rich 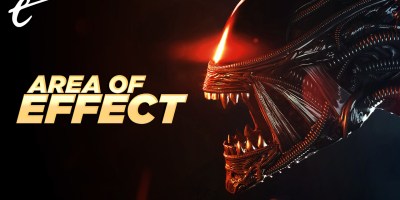 Aliens: Dark Descent’s Sanity Mechanic Could Be Make or Break