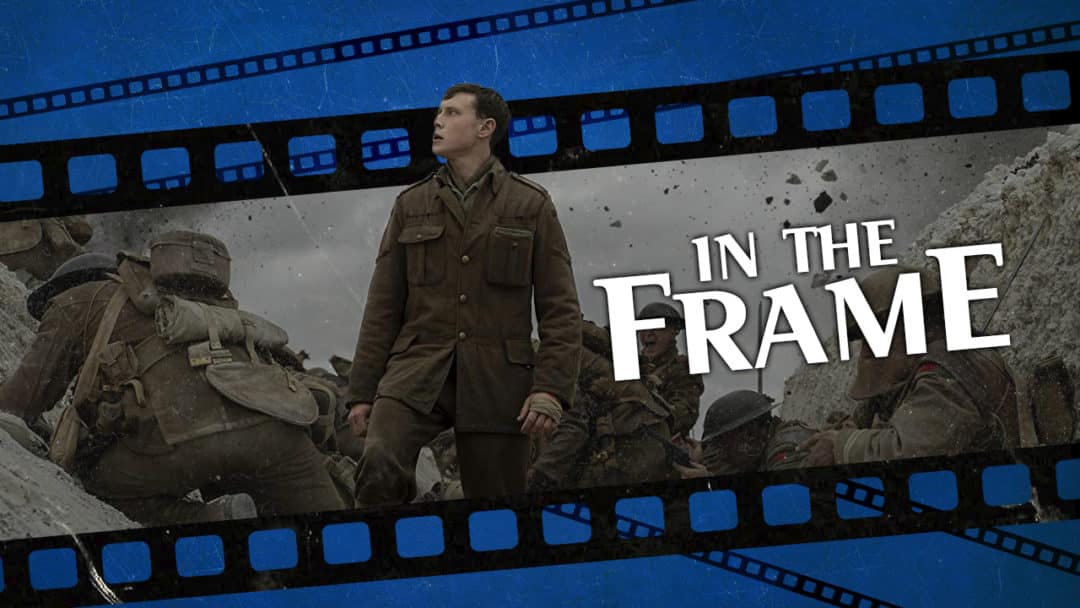 This article contains spoilers for 1917 (the movie, not the year).

In narrative terms, 1917 is a very conventional war story.

It is the tale of two young men on a high-stakes mission to the front during the First World War. One is a romantic, the other a cynic. One longs to reach his brother on the front lines, while the other wants to get home to his wife and child. They encounter all of the horrors of warfare, from the indifferent senior officers oblivious to the suffering of their soldiers to the civilians caught in the crossfire.

However, as Roger Ebert observed, “A movie is not about what it is about. It is about how it is about it.” Much has been made of the way that director Sam Mendes approached 1917, opting to shoot the film so as to approximate a single long take. (Technically, there is one unambiguous cut in the middle of the film, but “single long take” is more convenient shorthand than “two long takes.”)

In reality, 1917 is composed of several takes stitched together to create the illusion of a single continuous shot. According to cinematographer Roger Deakins, the longest continuous take filmed was about eight-and-a-half minutes. The cuts are disguised through a variety of tricks employed on similar films: whip pans, close-ups on static objects, or momentary blackouts.

This approach might be described as a “gimmick” and used as an argument to dismiss the film from the inevitable end-of-year awards conversation. There is an implication that this sort of high-concept craftsmanship is inherently inferior to the more conventional (and arguably human) drama of something like Marriage Story or The Irishman.

By this logic, 1917 is an example of “style over substance.” It certainly has style. 1917 marks the fourth collaboration between Mendes and Deakins, following Revolutionary Road, Jarhead, and Skyfall. It has been speculated that 1917 could win Deakins his second Oscar in three years, following his win on Blade Runner 2049. It would be hard to object to such a victory. 1917 is a beautiful film. 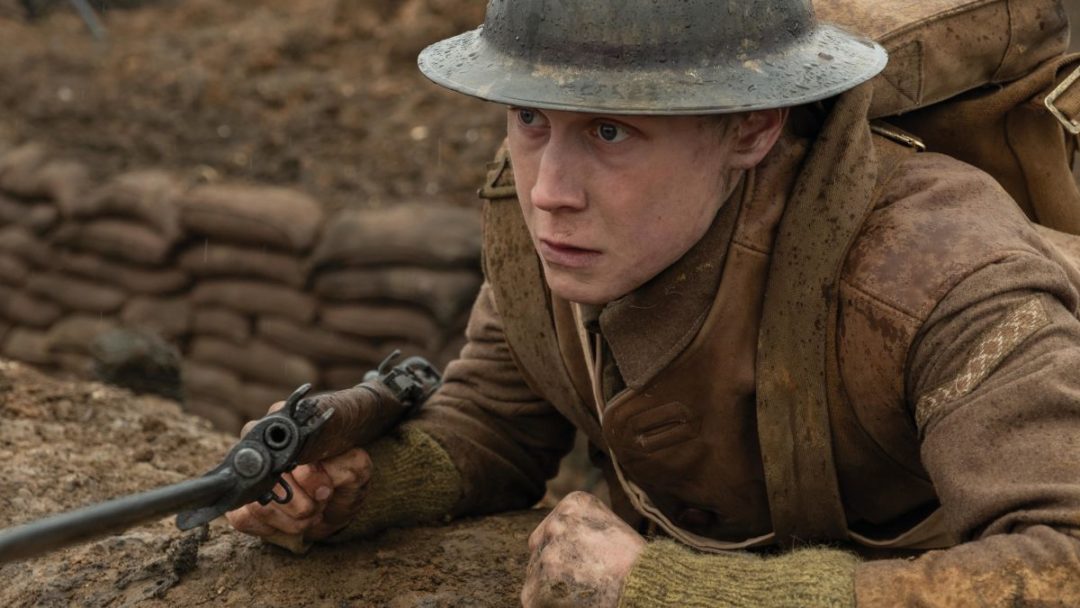 However, that style does not exist independent of substance. That style is the substance. 1917 articulates itself more clearly through stylistic choices than more conventional narrative elements like dialogue or characterization. The core elements of 1917 will be familiar to anybody who has ever watched a war movie, but the film’s approach to them is much more ambitious.

It is a common misconception that long takes are supposed to be more realistic. In theory, long takes approximate the way in which human beings move through the world, a single uninterrupted journey from one point to another that takes in everything along the way. The human experience is not edited in real time or spliced together from multiple camera angles.

This relies on a number of mistaken assumptions. Most obviously, humans blink and so no human being can hold a gaze as long as a camera, so there is no direct comparison. More than that, human beings do not process films in the way that they experience everyday reality. Studies suggest that watching a film is more akin to dreaming than to living. Films operate by dream logic.

Rather than embracing reality, long takes push the audience into a heightened unreality. In films, cuts exist to allow the audience to process information that they can piece into a greater whole; this is most obvious with insert shots or reaction shots, which exist to draw the audience’s attention to specific objects or character beats. Cuts break a cinematic narrative down into digestible chunks.

Long takes overwhelm the audience with information, without the relief of a cut to compartmentalize. In Touch of Evil, the opening sequence invites the audience to consider a variety of otherwise disconnected events happening in parallel as part of a single narrative. In Children of Men, the film’s most memorable long take forces the audience to take in the unfolding chaos. 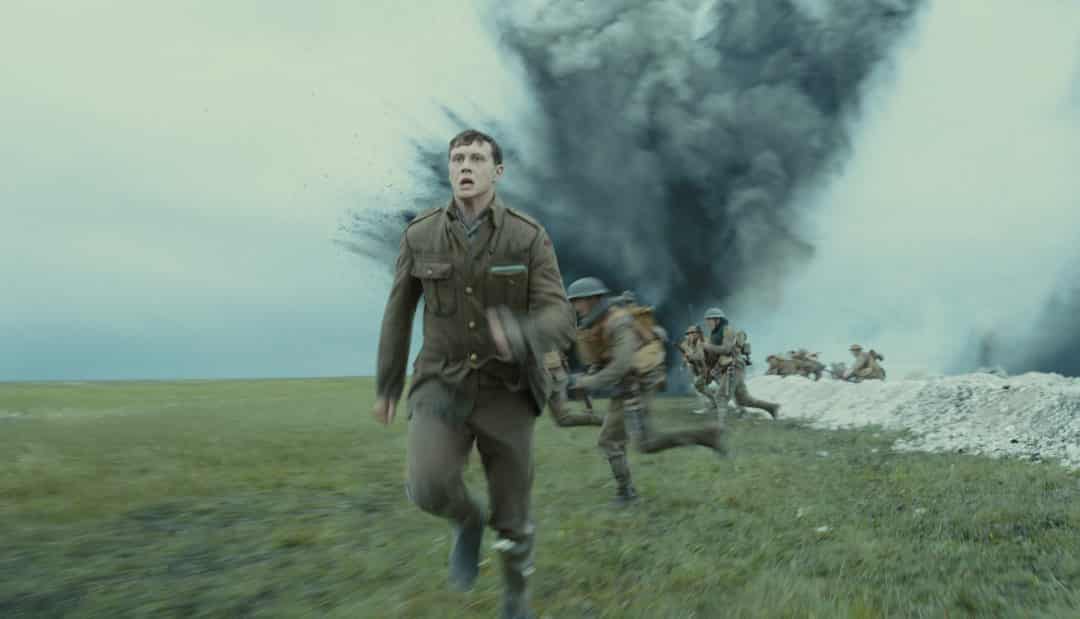 1917 leans into the unreality of the long take. The film runs just under two hours, yet the characters embark on a journey that will take them eight hours at the best. However, in those two hours, the film is able to follow Lance Corporal Schofield (George MacKay) from the beginning of his journey through to the end.

Mendes compresses time and space within his takes. 1917 approximates a single shot, but it does not unfold in real time. Entire divisions appear out of nowhere. Truck journeys are much shorter than they should be. The sun rises unnaturally quickly. The film never draws attention to these compressions. The characters seem oblivious to the distortions, even if the audience feels them.

1917 is clearly indebted to its obvious awards season antecedent, Dunkirk. It’s notable that Mendes’ reinvention of the Bond franchise in Skyfall owed quite a lot to Nolan’s work on the Dark Knight trilogy. Dunkirk also compressed time to demonstrate the insanity of warfare, unfolding across three different timelines that eventually converged at the climax.

1917 distorts time within its long takes for a very specific purpose. Combined with Deakins’ striking use of lighting effects, this warping of time evokes the impressionist movement. A popular painting style at the end of the nineteenth century and into the early years of the twentieth, impressionism attempted to capture a subjective (rather than literal) sense of the passage of time.

It is a cliché to suggest that “war is hell.” However, 1917 offers a very particular vision of hell. It is no surprise that the characters venture through a ravaged wasteland that recalls the post-apocalyptic horrors of Mad Max: Fury Road or Book of Eli more than conventional war films. At one point, Schofield discovers a French village that is burning bright enough to light up the night. 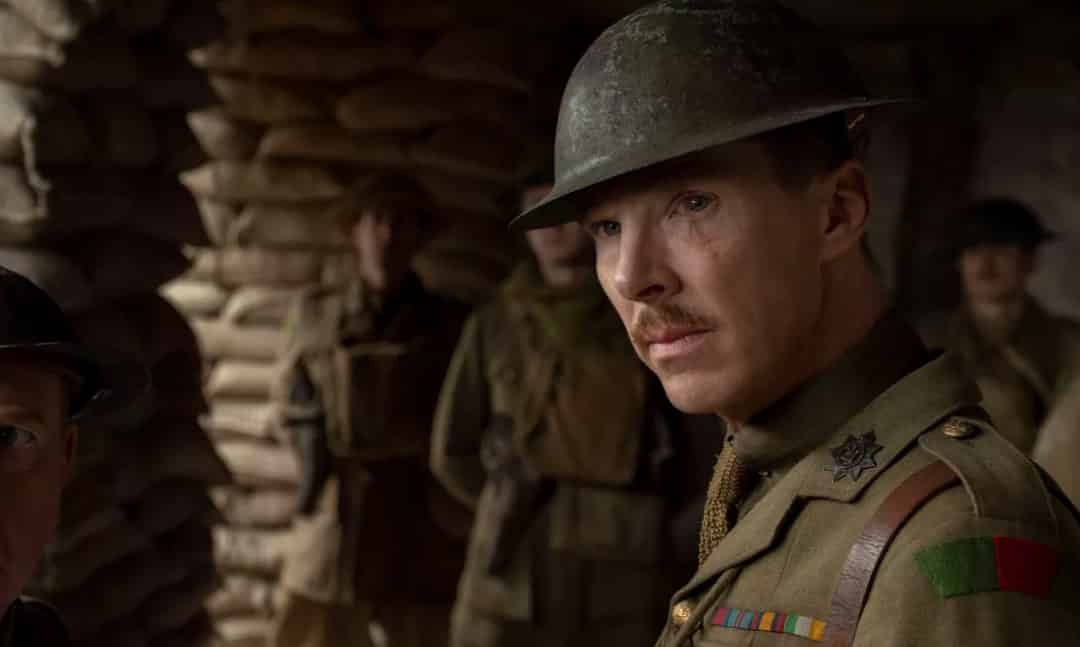 The hell within 1917 is a hell where time and space are compressed into one another, where the normal passage of time has been suspended. Soldiers are still fighting a war that they were told would be over by Christmas. “Settle a bet,” invites Lieutenant Leslie (Andrews Scott). “What day is it?” None of the men even guess the right answer.

Schofield spends the entire movie racing to stop one futile advance into an enemy ambush. The journey kills his best friend, Lance Corporal Blake (Dean-Charles Chapman). He succeeds in his mission — but barely. And it may all be for nothing. Colonel Mackenzie (Benedict Cumberbatch) points out that even if Schofield prevents one mass slaughter, there will be another soon enough.

The film’s opening and closing images underscore the distortion of space and time, the sense in which those terms are meaningless amid the carnage of the First World War. Schofield has undertaken an incredible journey and accomplished many impossible feats, only to end up back in the position where he started — sitting under a tree in front of a prairie, enjoying a moment of calm.

All of this is inseparable from the decision to structure 1917 in the style of a single extended take. That long take makes the distortions of time and space all the more uncanny and unsettling, drawing the audience into a heightened nightmarish state. 1917 doesn’t just stare at the insanity of war. It holds that gaze.