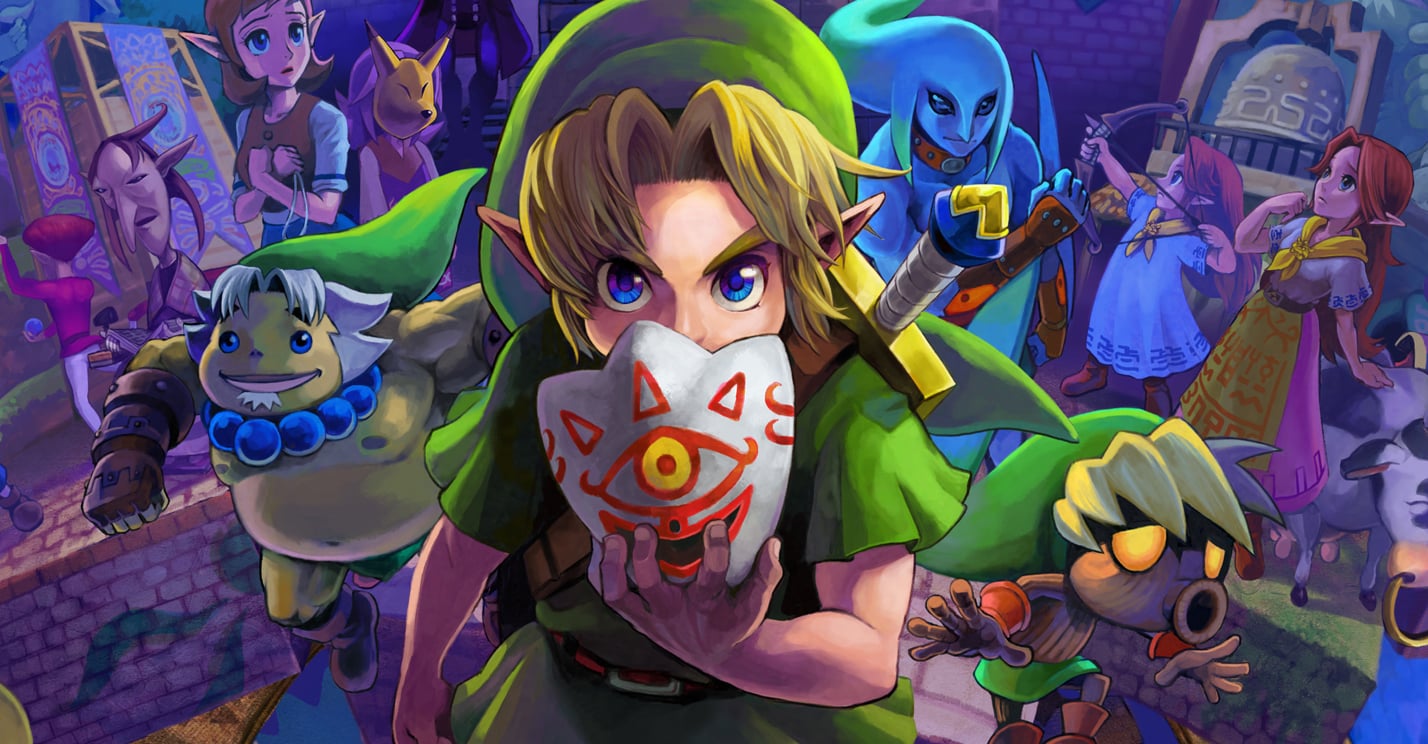 One of the things I love most about The Legend of Zelda series is that it often eschews from the iterative approach and veers off into new and unexpected directions. Stuff like the cartoon aesthetics and seafaring of Wind Waker, or the complete and utter freedom of Breath of the Wild, keeps the series feeling remarkably fresh and unique with each installment, while still delivering the core tenets that long-time fans love. But the most distinct journey into the unforeseen came in the form of Majora’s Mask, which was released in Japan 20 years ago on April 27, 2000, and unabashedly embraced its inner weirdness in a way that few games in major franchises do.

After creating such a ground-breaking and classic adventure in Ocarina of Time, Nintendo pulled a complete 180 in Majora’s Mask and delivered something that’s funny and strange and surreal, as opposed to just the expected sequel that was “bigger and better.” Right from the get-go, the game’s tone is remarkably different from OoT’s, and from that of most other games before it.

There’s slapstick comedy in the introduction of Skull Kid, and the way a spotlight illuminates his arrival feels like we’ve entered some sort of avant-garde stage production. The banter between the two fairies Tatl and Tael is playful and energetic, like the early Punch and Judy shows. It’s certainly a far cry from Navi’s constant reminders for Link to stay on his hero’s journey throughout Ocarina. And the way Link leaves Hyrule for the strange-yet-familiar land of Termina plays out with surreal shades of Alice’s Adventures in Wonderland and Fantasia. Five minutes into the game, and it’s clear that our journey is veering off into the unexpected.

Following the intro, Majora’s Mask opens up and introduces us to Clock Town, the cyclical repetition of the 72-hour time limit, and the way that the two elements work together in harmony. Like Agent Dale Cooper in Twin Peaks, Link’s role as a stranger in a strange land gives us a point of anchor amidst a hurricane of weirdness. While the memorable characters of Ocarina of Time often fit into classic archetypes and roles, the citizens of Termina are all oddly shaped, but brimming with life. 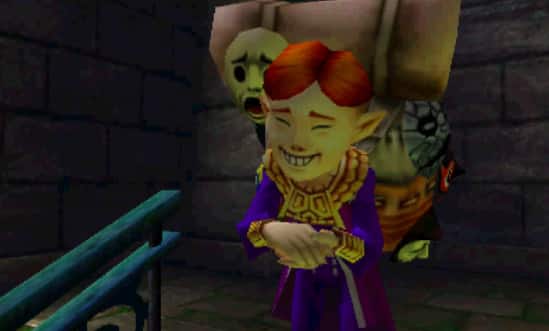 The Happy Mask Salesman is equal parts omniscient and completely deranged, with his iconic first words, “You’ve met with a terrible fate, haven’t you?” containing a wealth of meaning and potential. The feud between the carpenters who want to stay in town as if nothing’s happening and soldiers who want to evacuate contains an oddly prescient conflict of blind ignorance vs. scientific frustration. And the disembodied hand sticking out of the toilet of the inn is just looking for a bit of paper — who among us hasn’t been there before? And these are just a few of the dozens of characters that you can stumble across right away during your time in Termina — or perhaps even miss them entirely.

The open-ended nature of how and when you approach a character’s story lends to the feeling that you’re slowly discovering something personal and meant for you and you alone. Slowly figuring out how I could help these strange people out of their bespoke predicaments oftentimes felt more rewarding than the whole “saving the world” thing. In so many games, my eyes gloss over and I jam through NPC dialogue to move past a conversation. But in The Legend of Zelda: Majora’s Mask, discovering the backstory of these troubled people, seeing them change as the inevitability of doom becomes clearer, and figuring out how to help ease their worries adds depth and texture to the world that makes it all feel alive.

A huge number of the game’s interesting mechanics stem from acquiring and using two dozen different masks, each one giving you some strange and unique ability. From being able to use the Bremen Mask to wrangle up small animals like a benevolent Pied Piper, to transforming into a Goron and rolling around the world like a guided missile, there’s a distinct sense of playfulness that blooms every time you earn a new piece of headwear. The odd citizens of Termina will act differently depending on whichever mask you’re currently wearing, which only adds to the feeling that this world is alive. 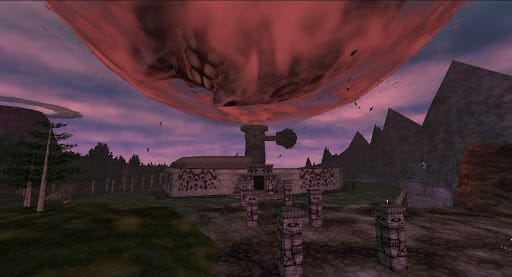 Another aspect of Majora’s Mask’s wonderful strangeness stems from the circumstances surrounding its development. The relatively tight turnaround for a follow-up to the massively successful Ocarina of Time meant that the team had to reuse a lot of that game’s assets in the new one, albeit chopped, screwed, and remixed. When played back to back, the result feels like Link is having a fever dream following his epic adventure saving Hyrule from Ganondorf, and elements of his own memory seep into these bizarre hallucinations.

You’ll stumble across countless familiar characters who just seem off, like a favorite record being played at a different RPM. A great example of this are the events surrounding Romani Ranch — the characters you remember from Hyrule’s Lon Lon Ranch suddenly find themselves embroiled in a mix of corporate espionage and literal alien abductions. It’s strange and unexpected, but it absolutely sticks with you.

The weirdness of Majora’s Mask also veers off into some extremely dark directions; after all, it is a story centered around a world that’s doomed to end in just three days. It’s worth letting the clock run all the way down at least once just to see how bleak the final moments of existence are — it’s a terrifying brush with the end of all things that lacks any of the hope and optimism of 2019’s similar clockwork experience of Outer Wilds. And when you really sit down and think about the story, the core plot of a young child merging with the spirits of dead warriors who cry out in agony during the transformations isn’t something you expect from a Nintendo game.

In the 20 years since Nintendo released Majora’s Mask, there hasn’t been a game in one of their main series to reach the same levels of full and honest weirdness. Elements of games have come close, like Super Mario Odyssey and the fact that you visit New Donk City that is filled with actual regular-sized humans, drawing into question just what the hell species Mario is. But The Legend of Zelda: Majora’s Mask represents an experiment that came along at just the right moment in time and made under just the right circumstances to help foster a world brimming with life, energy, and extraordinary peculiarity. Sure, it might only have 72 hours left, but that’s more than enough time to embrace your inner weirdness. 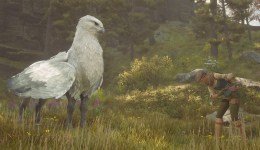 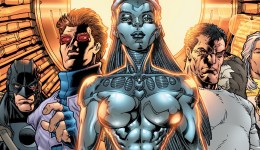 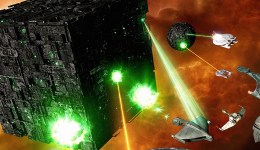 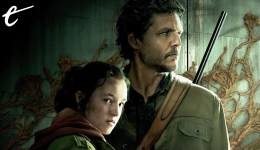 In ‘Please Hold to My Hand,’ The Last of Us Offers a Study of Violence and Its Cost