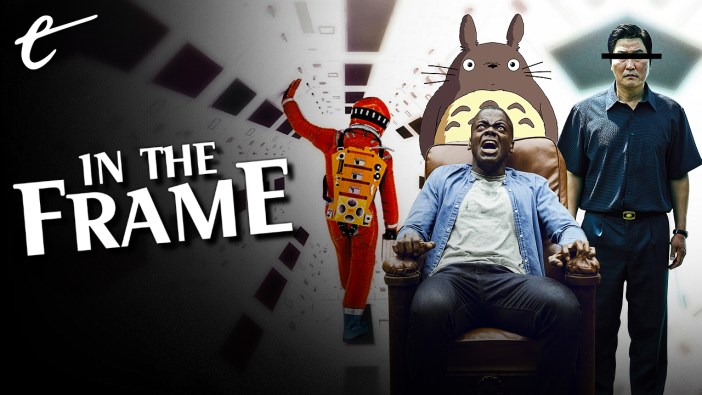 Last week, the British Film Institute released its latest polls of critics and filmmakers to identify the 100 best films ever made. The results, published at Sight & Sound, were fascinating for a number of reasons. Most obviously, given that the poll only takes place once a decade, they offer a snapshot of how movie culture has evolved and changed.

Of course, it is worth acknowledging that any attempt to rank the “best” art is inherently subjective. Different individuals will use different criteria in making their selections, and there is no singular or uniform metric that can be applied to arrive at a conclusion that can be objectively verified. In reality, such lists tend to say more about the people and the culture compiling them than they do about what is actually being ranked. It has always been this way, and it will always be this way.

Still, the twin Sight & Sound polls hold a special place in film culture because they are compiled from experts. There is a lot to be said for a populist list like, say, the IMDb Top 250 as a reflection of a larger online audience. However, there is also an inherent value in asking filmmakers and critics to select their own list of the best movies ever, because these are people who have experience and expertise in the field. Directors make movies; critics contextualize them. They understand the medium.

Before discussing this year’s results, it’s worth putting them in the context of the last poll. Despite being “the first poll to be conducted since the internet became almost certainly the main channel of communication about films” and seeing a color film claim the top spot for the first time ever, the 2012 list was somewhat conservative. The magazine itself acknowledged the top 10 had “shifted back in time” compared to the 2002 poll. 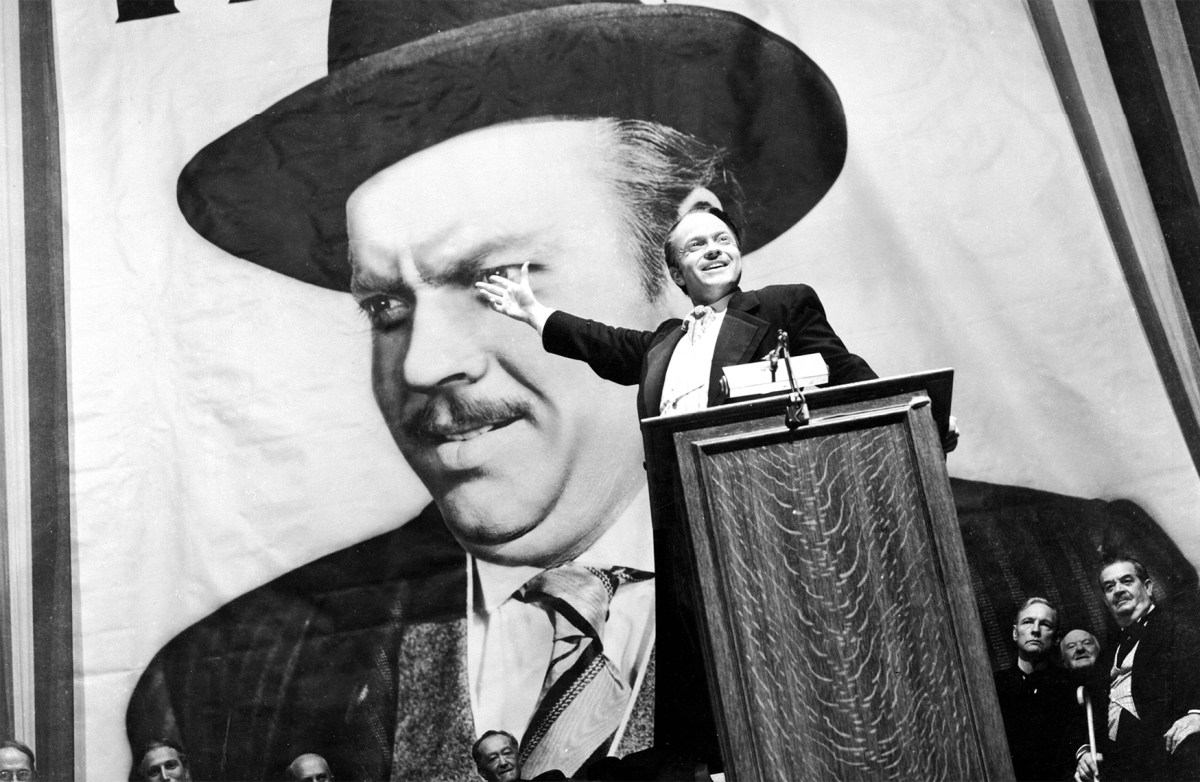 The 2012 list included only two films from the 21st century (In the Mood for Love and Mulholland Drive), both over a decade old by the time it was published. Vertigo claimed first place, but it was much older than the two previous films to top the list had been on their ascent. Bicycle Thieves was just four years old when it won in 1952, and Citizen Kane was 21 years old when it won in 1962. In contrast, Vertigo was 54 years old in 2012.

Earlier iterations of the poll were more dynamic. Michelangelo Antonioni’s L’Avventura was just two years old when it placed second in 1962. The 1972 list counted then-recent films like Ingmar Bergman’s Persona and Federico Fellini’s 8½ among its top 10, with Jean-Luc Godard’s Pierrot le fou, Robert Bresson’s Mouchette, and Stanley Kubrick’s 2001: A Space Odyssey counting among the runners-up released in the previous decade.

The 2022 list demonstrates a return to that tradition of celebrating both modern and classic cinema. It’s a much more dynamic list than the one composed in 2012. Whereas that list did not include a single film from the previous decade, the list published this week included four films that had been released since the previous poll: Jordan Peele’s Get Out, Céline Sciamma’s Portrait of a Lady on Fire, Barry Jenkins’ Moonlight, and Bong Joon Ho’s Parasite.

These aren’t obscure arthouse choices. For example, all four of these films have ranked at one point or another on the more populist and crowdsourced IMDb list. Both Moonlight and Parasite won the Best Picture Oscar. Get Out was nominated for Best Picture, earned a quarter of a billion dollars at the box office, and pushed phrases like “the sunken place” into the popular lexicon. It was a minor controversy that France chose not to submit Portrait of a Lady on Fire to the Oscars. 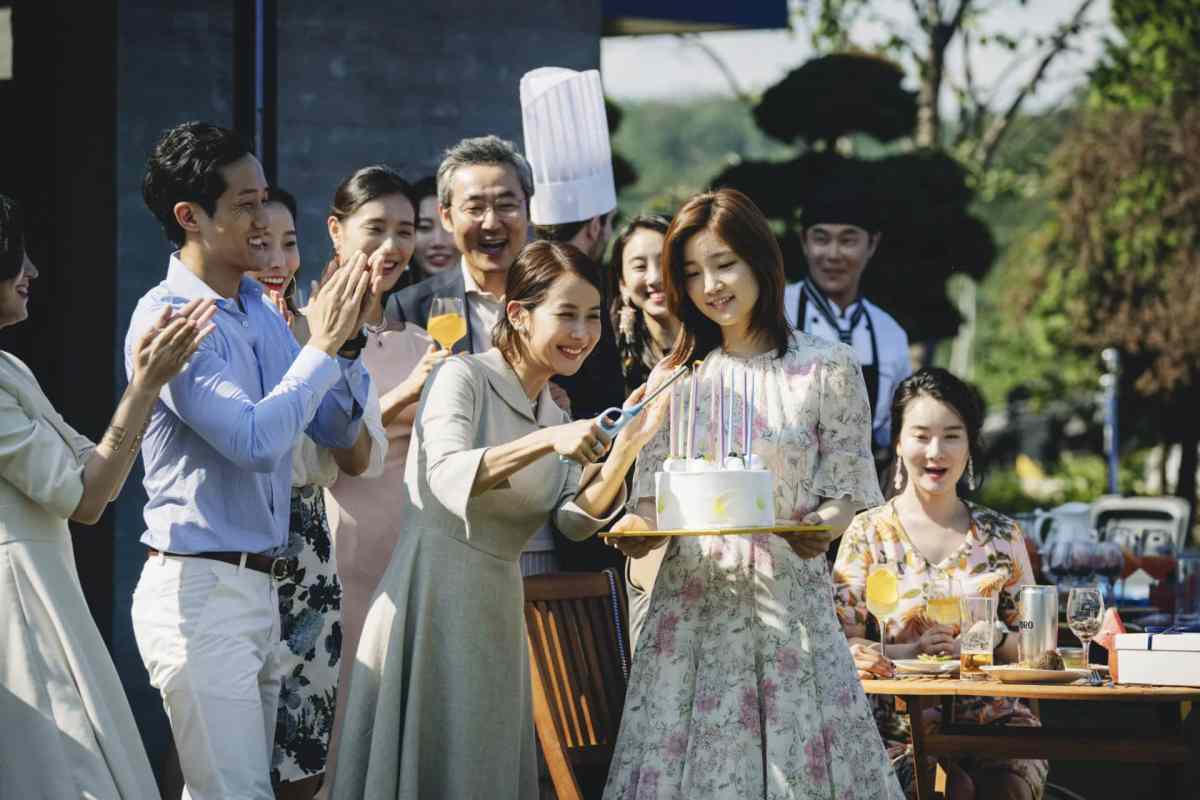 Naturally, there was some pushback against these modern inclusions. News reports contended that some film fans were left “reeling” at these choices. Journalists noted the high-profile films that had dropped off the list, like The Godfather Part II or Raging Bull. About Chantal Akerman’s Jeanne Dielman, 23 quai du Commerce, 1080 Bruxelles topping the poll, writer and director Paul Schrader complained that the list had been subject to “a politically correct rejiggering.”

In reality, there is something refreshing and exciting in this. These results are a jolt of electricity through the established “canon,” the consensus on what good cinema should look like. It’s a challenge to the idea that “Citizen Kane is the best film ever made” wasn’t just a personal preference, but was “practically a piece of data.” After all, what is the point in making and discussing new movies if filmmakers and critics don’t believe that they can compare against the medium’s history?

More than that, there is a clear desire to reshape the conversation in a way that is more inclusive and welcoming to ideas of cinema that have often been devalued. This year’s list includes two animated films, Hayao Miyazaki’s My Neighbor Totoro and Spirited Away. This diversity extends to the viewpoints of the people making these films. In 2012, there were only two films directed by women on the list. This year, the number jumped to 11.

Some inclusions acknowledge cinematic milestones previously ignored because they didn’t conform to the “canon.” Spike Lee’s Do the Right Thing charted, as if recognizing how institutions like the Academy Awards had refused to honor it on its initial release. The inclusion of Julie Dash’s Daughters of the Dust seems rooted in its recent reappraisal as a culturally important work, the first theatrical film directed by an African American woman. 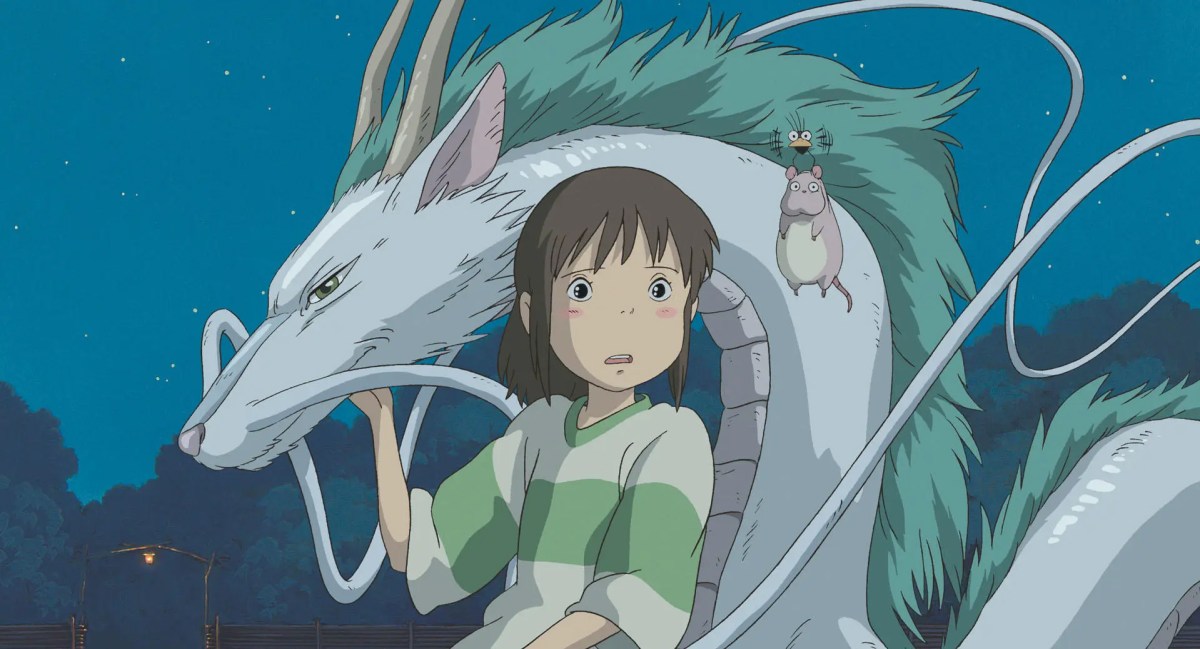 This sort of cultural shift doesn’t happen by accident. Sight & Sound has done a good job of widening the voter base for this poll, inviting a more diverse pool of critics to share their opinions. In 2002, the magazine polled 145 film critics. In 2012, they extended the pool to 846 film critics. This year, the pool widened to include almost 1,600 voters. That means a more diverse set of opinions and a wider idea of what cinema is and should be. More voices makes for a more interesting debate.

Of course, there are still obvious blind spots in the Sight & Sound poll. Most obviously, Latin American cinema has been completely excluded from the list. Indian cinema is arguably dramatically underrepresented, even allowing for the inclusion of Pather Panchali. The list as a whole is still very European- and American-centric. Still, this is the beauty of an evolving canon. It’s possible to adjust and adapt. It is entirely possible that the 2032 poll will offer an even wider sampling.

Still, taking all of this together, the most striking thing about this year’s poll is the extent to which it demonstrates how modern film culture is internet culture. In particular, availability and accessibility shape the narratives around great art. The internet obviously existed during the 2002 and 2012 polls, but it was not as dominant in the discourse. Even as newspapers were in decline, there was still a firm delineation between print and online journalism. More than that, streaming was still young.

This is obvious even just considering Chantal Akerman’s Jeanne Dielman, the film that jumped from 35th position in 2012 to the top of this year’s poll. That is an incredible leap. Citizen Kane lingered just outside the top 10 in the poll before it supplanted Bicycle Thieves. Vertigo stalked the top 10 for decades before displacing Citizen Kane. It seems fair to acknowledge that both Citizen Kane and Vertigo have bigger cultural footprints than Jeanne Dielman. So, how did Akerman’s three-hour-plus study of domestic routine accomplish this? 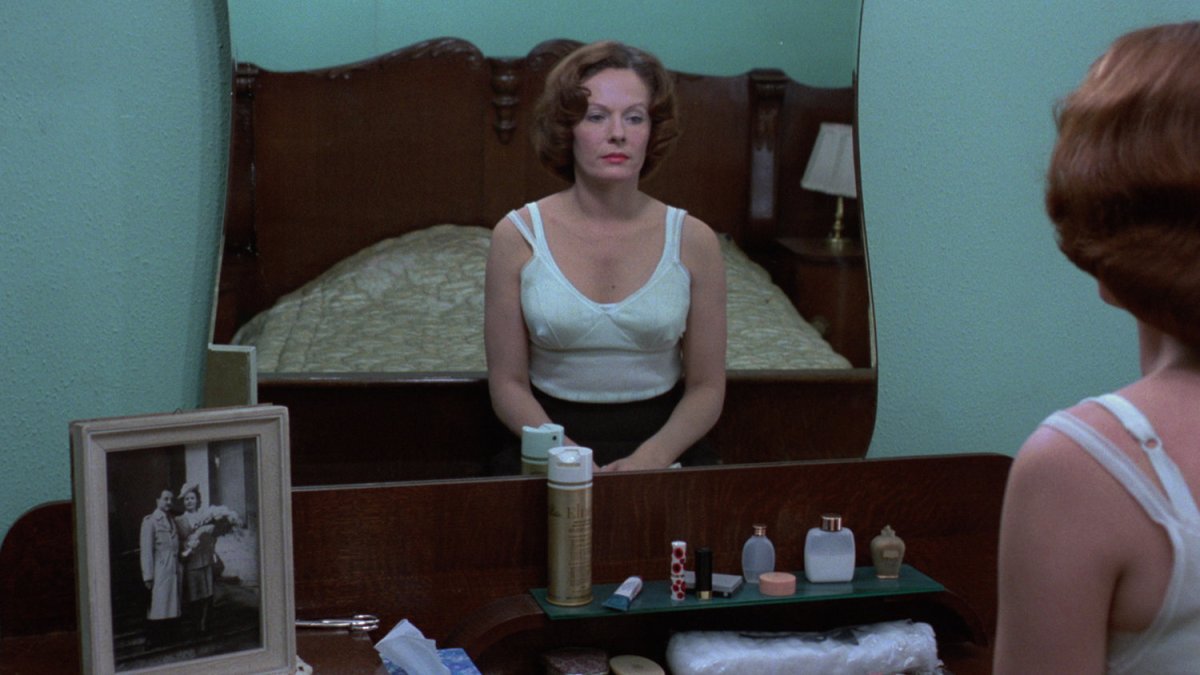 The answer, it seems, is the aforementioned accessibility. For decades, it was not easy to see Jeanne Dielman. The film was initially released in 1975, but The New York Times would not review it until March 1983, with critic Vincent Canby acknowledging “the extraordinary underground reputation” that it had already amassed. Early internet coverage was scattered at best: Jonathan Rosenbaum reviewed it in February 2004, David Parkinson covered it at Empire in April 2006, and Time Out wrote about it in January 2016.

In those decades, Jeanne Dielman was primarily known to film students. It didn’t even register as an art house classic. Writing in The New York Times in August 2015, Manohla Dargis contended that director Chantal Akerman was “better known in academia and on the festival circuit than in the art house.” This seems like a very unlikely pedigree for a movie that would be named the greatest film of all time within the next eight years.

There was a renewed interest in Akerman’s filmography during the late 2010s. It seems like this was in part spurred by a Criterion release of Jeanne Dielman in May 2017. A month after release, marking Akerman’s birthday, TIFF posted tweets singling out the influence of Jeanne Dielman on Mad Men and the work of Sofia Coppola. A year later, the film would come third in a BBC poll of films directed by women. Akerman was suddenly part of the conversation in a way she hadn’t been before.

Akerman’s name began to come up regularly among filmmakers. In September 2019, Todd Phillips cited Akerman’s documentary News from Home as an influence on Joker. That year, Jeanne Dielman was singled out for praise by Céline Sciamma in press for Portrait of a Lady on Fire and Alla Kovgan in press for Cunningham. In 2019, the Museum of Contemporary Art in Toronto hosted an exhibition dedicated to Akerman, and she was the subject of a retrospective at TIFF. 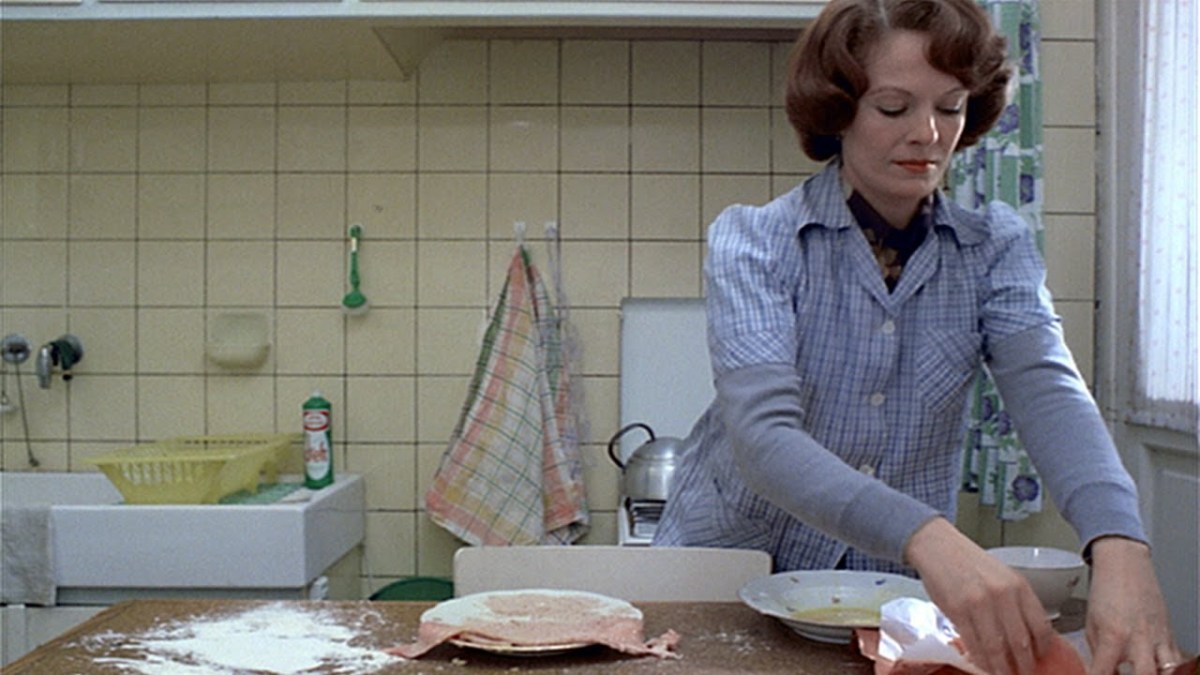 A large part of this conversation was shared and propagated through online media. Jeanne Dielman was the subject of video essays by critics like Jessica McGoff. It became a cultural shorthand among film writers, often juxtaposed with blockbuster cinema. In 2018, Justin Chang joked about “the Jeanne Dielman reference in Ready Player One,” while Sam Adams quipped that it was among the “Marvel Movies You Need to Watch Before Avengers: Infinity War.” Akerman and her film had never before enjoyed such cultural prominence.

Accessibility is the key here, both the opportunity to watch the film and the ability to share it with others. Sixty-two of the 100 films on the list are included in the Criterion Collection, with over 50 of them available to stream on the service right now. Arthouse distributor Janus represents 48 out of the 100. This is the takeaway from this year’s Sight & Sound poll. It is the product of a generation of film critics with easier access to, and more opportunity to talk about, a greater pool of films than ever before. Most are only a few mouse clicks away.

It’s easy to be pessimistic about modern film culture, particularly in the mainstream and at the box office. However, this year’s Sight & Sound poll proves that film culture is as alive and as dynamic as ever. It’s just moved online.