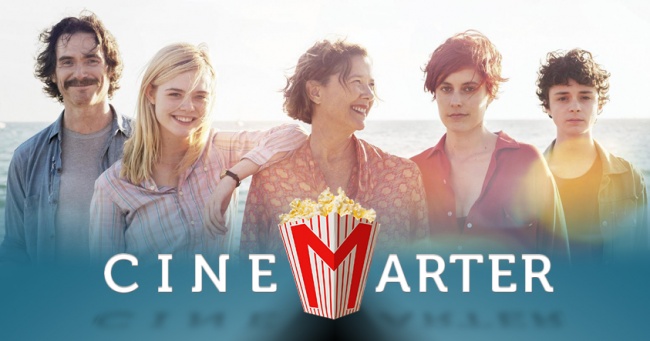 I’ve often thought that by (rightfully) calling a movie a “coming-of-age” story, you essentially spoil and, in part, ruin the movie. These stories are predictable and ineffective – even the greatness of Moonlight, I feel, is somewhat hampered by this. Now here’s 20th Century Women, which shines through like the last bastion of hope. “There is another way,” it proclaims, before gently setting itself down. Well, I’ll be; here’s a coming-of-age movie that does things differently.

The story is largely inconsequential, which might be the reason that the film works. So many of these movies hit the same beats and try to cover identical ground by having similar plots. This one? It’s just here to give the film a little bit of forward momentum – but only a small amount. A woman, Dorothea (Annette Bening), is a single mother raising her son, Jamie (Lucas Jade Zumann). She has a large house with two rented rooms: one for Abbie (Greta Gerwig), an art student recovering from cervical cancer; the other for William (Billy Crudup), a mechanic who is also helping renovate the house. 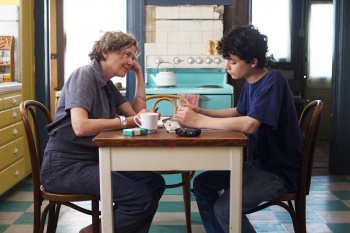 Jamie is friends with Julie (Elle Fanning), who spends almost every night in his bed, platonically, because “friends shouldn’t have sex with friends.” Dorothea and Jamie have always been close, but lately he’s seemed more distant – puberty is making him grow distant, evidently. So, Dorothea decides to recruit Abbie and Julie to help “raise” Jamie – to teach him how to be more of a man. The film is set in the late 1970s, a time of punk rock and second-wave feminism. You can probably imagine what happens as the three women try to teach Jamie how to be a “real man.”

This overall plot, which often relegates itself to the background, exists to give these characters opportunities to react to each other and grow. The film is little more than countless scenes in which characters speak and reveal more about who they are as – for many of them – they try to figure out exactly who that is. Dorothea, by virtue of being the oldest, is as close to “complete” as one gets, and even she still has some learning and some growing to do.

20th Century Women is a standout film and one of the few examples we have of a nearly transcendent coming-of-age story.

It helps that 20th Century Women does such a good job of capturing these characters. Mere moments in and we feel like we know them; by the time the movie comes to its conclusion, they don’t feel like a work of fiction. This is thanks to writer-director Mike Mills‘ understanding of them as people; the movie is semi-autobiographical, with the women in the film being based on his mother and sisters. “Write what you know,” right?

We’re treated to a warm, loving, and often hilarious movie with depth to its characters and a very realistic approach to storytelling. It’s not showy or absurd – it’s down-to-earth and provides us a lengthy glimpse into the lives of these people. Where it goes wrong is in some questionable voice-over narration, much of which feels unnecessary, and in trying to show off whenever someone travels relatively lengthy distances. In those instances, the film appears to have been dipped in acid, with sped-up footage that frequently becomes various colors of the rainbow.

Of course, the reason that 20th Century Women is likely to be noticed by the general public is because of Annette Bening, whose role of Dorothea should garner her a fifth Academy Award nomination. It’s a quiet role – much like most of the film, there are no loud outbursts or showcase moments – but it’s one of the great performances of the year nevertheless. She’s joined by Greta Gerwig and Elle Fanning, both of whom comfortably carry themselves. If there’s a weak acting link, it’s Lucas Jade Zumann, although given how it’s only his second film role, and he’s fine – just not as good as the three women or Billy Crudup – it’s easy to give him a pass.

20th Century Women is a standout film and one of the few examples we have of a nearly transcendent coming-of-age story – in large part because the story and all of its usual beats and cliches take a back seat to the characters. Realistic, refreshing, and loud-out-loud funny, 20th Century Women isn’t one to miss.