Every Hearthstone expansion has “those cards” – the ones that turn out to be so stupidly overpowered, they get hit hard by the nerf bat. Undertaker. Spirit Claws. Small-Time Buccaneer. Even though the expansion has only been out a week, we already have a few cards from Journey to Un’Goro that we think could use a little bit of “tweaking” from Blizzard.

While we’re sure once the meta stabilizes, natural counters to these cards may arise, it doesn’t help that right now they are most annoying to play against!

Here they are, starting with the number one offender: 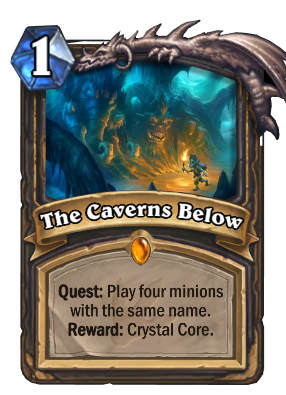 No-one could have predicted the dominance of The Caverns Below. Many professional players ranked it quite low, saying that it would be one of the hardest quests to pull off, with not that powerful of a reward. Turns out, just like with Dr. Boom, the pros were wrong. Thanks to cards like Stonetusk Boar, Gadgetzan Ferryman, Youthful Brewmaster, Shadowstep and of course everyone’s favorite tag-team of Southsea Deckhand and Patches the Pirate, it is quite common for players to finish the quest by turn four, and then play it on turn 5. If they manage to have Preparation in hand, they can even play the quest as soon as they complete it, leaving you staring down a board of 5/5 minions. 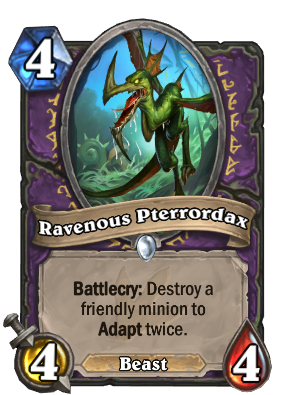 Ravenous Pterrordax seemed like a fairly innocuous card. It has a pretty big downside of having to destroy one of your friendly minions for the small upside of adapting twice. However, when you eat a card like Devilsaur Egg, and adapt for +3/+3, you’re suddenly looking at a 5/5 and 7/7 on board for only 4 mana. And people thought Shaman’s 4 mana 7/7 was bad! 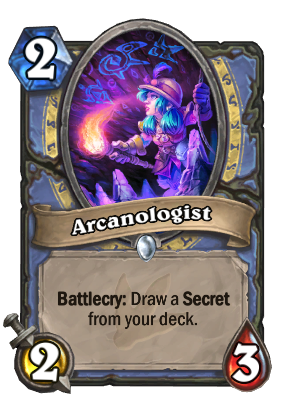 While not quite as bad as the dreaded Mad Scientist, Arcanologist has an incredibly powerful effect for the almost every Mage deck. Being able to consistently draw secrets from your deck ensures you always have an activator for cards like Medivh’s Valet, Etheral Arcanist and Secretkeeper. In an Aggro deck it’s awesome at ensuring you always have secrets to play, and in a control deck that only runs one secret such as Ice Block, it’s like having an extra two chances to draw the card. 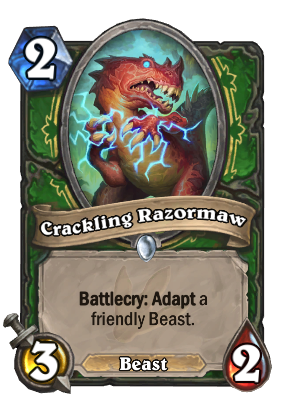 Another Adapt card. Isn’t it funny how the pros thought Adapt wouldn’t be a very impactful effect? Crackling Razormaw’s strength comes from being able to Adapt a minion that wouldn’t normally have the effect, leading to some stupid combos: Adapting an Unleash the Hounds dog with poisonous to kill a high HP taunt, giving your Savanah Highmane taunt, or making your Timber Wolf untargetable by spells. It’s also an incredibly good tempo card, as you can simply give a 1 drop like Raptor Hatchling +1/+1, +3 attack or +3 HP. 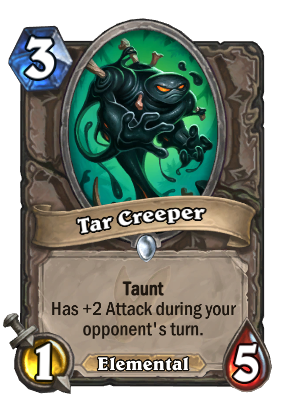 Aggro decks, meet your nemesis. Tar Creeper, as a 1/5 taunt for 3 mana, doesn’t seem particularly powerful. However, it has the added effect of having +2 attack during your opponent’s turn. That means if you want to kill it, it’s going to be a 3/5 on turn 3. Turn 3 is usually when aggro decks like Zoolock and Face Hunter have established a board of cheap, low stat minions, so having to burn through a 3/5 will more often than not kill off most of their board.

While I’m sure some of you will argue that these cards are “perfectly balanced”, we’re certainly having a lot of trouble with them! Do you think there are other cards deserving of being on this list? Let us know in the comments!