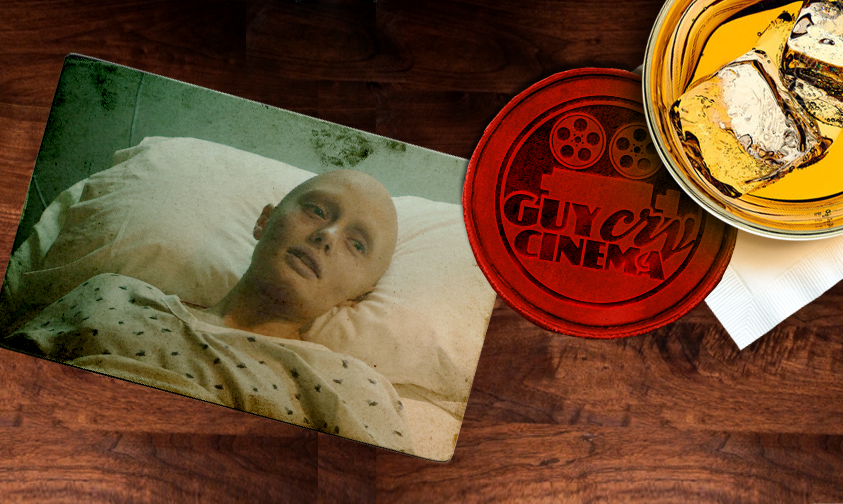 The loss of a loved one is hard, but when it is a mom, even guys have a tendency to lose that tough exterior.

To clarify, starting the movie with the news that mommy dearest has already given up the ghost off-screen doesn’t count. I’m talking the hard stuff, main character watching his or her mother die in front of them. If “The Walking Dead” was a movie, you better believe it would be on this list. Carl being a stone cold badass aside, there are powerful selections of films where one of the main plot points is that mom bites the dust. Though it’s generally treated as an insult, all men to some degree are a “mama’s boy.” While there’s a level of competition between father and son, mother and son are nothing but a give-and-receive of nurturing protection. You better believe that guys in the audience raised their cackles when these on-screen mamas died.

1. The Land Before Time

I feel this is the strongest pick of this list, and by strongest I mean “has scarred the most childhoods.” This is an animated film about dinosaurs making a great journey to reconnect with their herd, as you do. But unlike other similarly plotted films, this one starts out on the saddest note possible.

Little Foot, the protagonist Apatosaurus (think Brachiosaur) is talking with his wise-beyond-her-years mom. “I’ll be with you…even when you can’t see me,” says his mom, showing odd precognition of her impending doom. “What do you mean if I can’t see you? I can always see you,” says Little Foot, making everyone who’s seen the film break down like a baby. It’s clear this child, much like the movie’s target audience, has no concept of death. This is unfortunate, because the film gives him on-the-job training on that concept immediately. This mom’s passing haunts Little Foot the entire film, and haunts us all for decades to come.

Turns out Man is the most evil of all creatures! Trusty old Bambi is the quintessential “mom dies” film, yet just killing a parent doesn’t make it emotional or impactful. This death was a work of art. The chase as Bambi and his mom run away, the intense music as the hunters close in, the birds flying away at the sound of the gun…and the silence. We realize Bambi’s mom is dead far before he does, and it’s that space between our knowledge and his that kills us.

Again, a child that barely understands the concept of death, left alone in the world with a corpse that used to be his world. But this time, to top it off, we the humans are the reason for all that pain. Stupid humans.

3. Guardians of the Galaxy

If you haven’t seen this film yet, you are officially an idiot. IT’S FANTASTIC, GO SEE IT!

The film is very similar to “Futurama” in that it starts out showing where the lovable oaf came from, and then leaps forward to him in the future. Only in this situation, where Starlord came from was watching his chemo-ridden mother/husk die right in front of his eyes. This scene, more than many non-action films, really illustrates the horror of someone dying in front of their child. Peter Quill (Starlord, man!) understandably can’t handle interacting with his mom as if everything is okay and first retreats into his music, then after failing to accept her hand he retreats out of the building (and the solar system, incidentally).

As sad as this moment is, I honestly cannot decide whether I want him to take his mom’s hand. Sure, from her perspective she just wants to touch her child one last time, but from his perspective this is a horrifying distortion of his mother, trying to rob him of healthier memories. Sure enough, the music of her youth that she shares with Peter through the “Awesome Mix” tapes is the only thing from his childhood and his home planet that he keeps.

I am Groot, indeed.

I’m just going to go out on a limb and say this is the worst on the list, because we literally see the mom die. Clubbed in the back of the head on the steps of a church. No artistic cutaway, no birds flying out of a field, no slow slipping to sleep – just beaten to death. And we wonder why this Disney movie isn’t as fondly remembered as the others.

That’s all. That’s all I got on this one. Mom beaten to death in front of us, in what was generously called a kid’s movie. And then it really went to work on us.

5. The Fox and the Hound

Oh thank god, an artistic death. While we don’t see the death, the circumstances of the death still get to me. It’s similar to Bambi in that the mom was killed by a hunter, but at least with that movie there’s the possibility of a needy family eating Bambi’s mom afterwards. WHY IS THAT THE BETTER OPTION?! Because there’s no possibility of this mom not being killed for cheap sport.

This film is all about two creatures forming a friendship despite being bred and trained to hunt each other. That’s all fine and dandy, but the previous generation didn’t form such friendship, and the fox’s mom was hunted and killed for fun. FOR FUN! KID’S MOVIE!