For everyone outside the gaming world, a console or computer isn’t the healthiest tool for raising children. Gamers stare, stupefied at a 2D screen, while everybody else lives and learns in a beautiful 3D world. When travel broadens the mind, what wisdom could a gloomy lounge room bring to a developing human brain? Well, gamers and non-gamers alike, gather around as I pass on six life lessons bestowed upon me from my game guide, my console consort – my Nintendo nanny.

Videogames create a special type of childhood nostalgia. They’re a complete sensory experience where players journey through different realms with rich sound and visuals, forming memories of countless other lives. Young players determine their own fate in a challenging world where they can take control as adults. 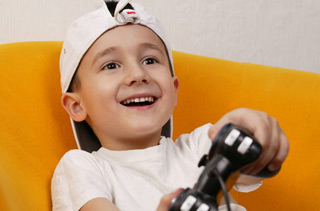 For me, reminiscing about childhood videogame time is bitter-sweet. Sweet, since these memories are powerful, able to transport me back to a time of responsibility-free bliss – a sunny living room, a gripping adventure, the time of my life. But bitter, as a reminder that I can never travel back to such a time, free of the costs of living, uncertainty,and the peaks and troughs of life.

But let me tell you, these romanticized memories of the past aren’t true at all. It’s been the same all along.

A child’s life, an adult’s life – both are filled with uncertainties, peaks, and troughs. Because our memories are imperfect, and thanks to a phenomenon known as rosy retrospection, our brains round off the sharp and unpleasant edges from our past and leave behind rose-tinted memories. In everyday life we’re more than capable of recognizing the upsetting minutiae, but we’re unable to recall those same gripes from the past. This makes our past seem more appealing than today.

Further, the peak-end rule suggests that the human mind doesn’t appreciate experiences as the average of their whole, but instead, it appreciates specific moments at the peaks of intensity. I can’t remember playing and replaying through hours of Super Ghouls ‘n Ghosts, but I can remember (with fondness) confronting the mighty cockatrice, and the glee of seeing golden armor pop out of a treasure chest.

Rosy retrospection and the peak-end rule make it easy to pine for the hassle-free good ol’ days and dismiss the present as rough and dull. I say love the past, but don’t think today is any less beautiful.

2. Pokemon and the Endowment Effect

Experiences, possessions, and achievements are not – in and of themselves – valuable. The value comes from the time they took, the sacrifice, and the series of events and coincidences that led to them.

Take Pokemon for instance: After defeating the Elite Four, the four best trainers in the land, you’re faced with the ultimate climax -the final champ, who is revealed to be your childhood rival and next-door neighbor with limitless smarm. As you prepare for the game’s peak battle, you stand with your Pokemon team who are just that – your team, your companions.

When we have a sense of ownership, or are personally affected by an experience, we infuse it with value and meaning.

You have a background together, a past with ups and downs; you’ve committed to training them, selecting their moves, picking them from hundreds of other species and individuals. They represent your time, thought, and personality. This process is meaningful, and doubly so when you kick your rival’s arse with your own Poke party.

Replace this team with hacked, traded,or near-invincible legendary Pokemon, and all of the pride and satisfaction from defeating your rival disappears. This may be partially due to the endowment effect.

People tend to overvalue things they have formed an emotional, or even physical, connection with, compared to identical things they have not. This endowment effect explains why consumers are encouraged to take test drives, and the effectiveness of “try before you buy” gimmicks, leading to snap purchases.

The endowment effect extends to experiences and achievements, too. When we have a sense of ownership, or are personally affected by an experience, we infuse it with value and meaning. Often by taking shortcuts we short change ourselves of the fulfillment we seek. By cheating, our experiences lose meaning and become tasteless.

In the end, it’s the endowment effect that leads to a beautiful payoff: The Hall of Fame (and kicking your smug rival off his pedestal)!

For non-Pikmin players: you’re a pint-sized astronaut marooned on an alien planet tasked with corralling up to 100 vegetative aliens (Pikmin). Each day you must direct your alien caravan to far reaches of the planet to gather fragments of your ship, all before nightfall when the ferocious space wildlife emerge to eat you and your precious Pikmin. 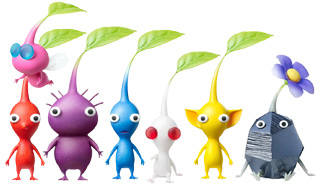 To complicate things further, you must simultaneously control two other astronauts whilst overseeing every selfless (but common sense-less) Pikmin who, unless told otherwise, will walk through fire and burn alive, drown horrendously, get crushed by boulders or fall prey to gaping jaws. It certainly doesn’t help that when Pikmin perish, their colorful souls float from their bodies with a heart-wrenching wail. It’s all too much.

With no room for error and with so many competing goals per “in-game day” of 15 minutes, the game forces you to trim the fat to create a well-oiled machine of productivity. This pressure gets me to order my priorities by space and by time.

I prioritize by space when there are tasks scattered over a large area – I group and execute those tasks that are clustered closest together to reduce back-and-forth travel time. I prioritize by time when I have tasks that must be waited on – I get those started first and execute smaller, immediate tasks in the meantime with the ongoing ones on the back burner.

Failing to heed these values leads to time lost (in life and in-game), falling behind (into the mouths of bulborbs), and having the blood of innocent pikmin on your hands. You’d better believe that these time-saving techniques apply around the clock in real life, from dawn to dusk. They apply at work or school, completing timely household chores, cooking, or even catching up with friends and family. I call this Pikmin-inspired efficiency the “two birds with one rock pikmin” principle.

Monster Hunter is a harsh mistress. It doesn’t pander to the player. You’ve got to commit the hours before the game is worthwhile, but when you do, it is inexplicably rewarding. Slaying a monster after a 45 minute cat-and-mouse chase around a volcanic island, challenging the same beast a dozen times in search of that one ultimately rare asset – therein lies the reward. 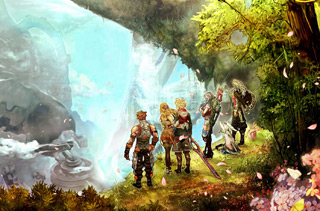 Xenoblade Chronicles is similarly demanding but equally rewarding. These types of large-scale, time-intensive games are rich in lessons for how we spend our time and how we find satisfaction. Monster Hunter hooks you in with the pride of crafting your own weapon (endowment effect), followed by the thrill of procuring rare herbs or insects. This feedback loop of pleasure continues until before you know it, 100 hours of your life have been sunk into the game.

It’s here that our brains start playing funny games. From what we can tell, brains do not like “admitting” time wastage or decisions poorly made. Regardless of how poor a decision is, our minds naturally embellish positive outcomes and dismiss negative outcomes to justify that decision.

This type of decision confirmation bias helps to justify the inordinate amount of time committed to a game. Another brain fart that helps us to justify committing hundreds of hours into supposedly meaningless or unhealthy endeavors is the sunk cost fallacy.

The sunk cost fallacy works against one’s better judgement; “I’ve already sunk X thousands of dollars into the project, or X many hours, so I may as well keep going,” as opposed to “that time or money I’ve already committed is gone and can never be retrieved, perhaps I need to cut those losses.”

Being mindful of the sweet nothings our brain whispers to itself is one of the first steps towards seeing through them.

5. Materialism and the pile of shame

Some of us build it with books, downloads, or crispers full of wilted vegetables, but the pile made from videogames takes the longest to whittle down.

I am of course talking about the pile of shame.

We’ve already got more possessions than we have time to engage with, yet we continue to stockpile like an obese Labrador burying its food for the rainy day that’ll never come. We see a game on sale that we’d theoretically like to play and since it’s on sale, it’d be crazy to pass it up, right? We get home and chuck it on the growing pile of other impulse purchases and watch it gather dust for years until it’s a thumbnail on eBay or Gumtree.

Buying for the sake of buying is materialism in its purest form, unhealthy and environmentally unsustainable. Instead of representing fun and new challenges, the pile of shame becomes an intimidating to-do list.

My pile of shame has taught me that I don’t need what I don’t make time for. I’ve come to terms with the reality of my schedule. I resist purchases and only play when I want to play, so I’m actually entertained, not entrained, by my pile of shame.

We’re living in the age of distraction, and spreading our attention thin is one of its curses. I first realized this playing games on Nintendo handhelds, first Pokemon, and more recently with Bravely Default. Instead of committing my focus to fun and engagement, I found myself doing other things while playing – watching TV, day-dreaming. I was depriving myself of a complete experience of anything. 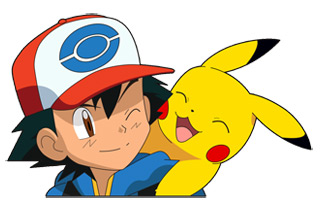 The same type of inattention happens outside of handheld gaming: Scrolling on a phone instead of giving someone our eyes, turning every new experience into a photo op, or permanently plugging our ears in giving us no chance to sit and simply ponder. Of course, none of these things is bad in itself, but they’re all examples of diffused concentration.

This “multi-tasking” can often produce the illusion of productivity, but it’s ultimately a case where “the whole is lesser than the sum of its parts.” Texting while chatting is sending a mediocre text and temporarily alienating the person you’re with. Playing a game while pondering is running around in circles on screen while blocking our brain from resolving whatever it is it wants to daydream about.

It’s not mindfulness per se, but one solution is this: The point of entertainment, like videogames, is entertainment. Let them entertain you. As I mentioned, games are complete, immersive experiences, so become immersed. Going through the motions is meaningless and a waste of scarce time. This type of mental commitment enriches most things: savour your food, draw in the roses, feel the shower’s water, and relish your game.

Nintendo has taught me about myself in more ways than six, but that’s it for now. Though, there is a parting lesson from the big N that I think applies to most things, including learning about one’s self. It’s in the name: Nintendo loosely translates to “leave luck to heaven.” I’m not sure what Nintendo originally intended that to mean, but my interpretation is “leave luck to heaven…but take everything else into your own hands.”