Editor’s Note: Having been quite impressed with Endless Space 2, I decided to hop in the 4x way-back machine. The newest entry being Endless Legend, the fantasy 4x under the Endless banner.

4X strategy games have been around for years. They’re typically complex titles that ask players to not only manage military units, but also to handle economic and technological advancement. You can also expect diplomacy options and some micromanagement to be required. If you can maintain your attention and keep up with your ever-expanding empire, you’ll find 4X games to be quite rewarding. If you want to try one out, we humbly recommend one of these eight stellar examples of the genre. 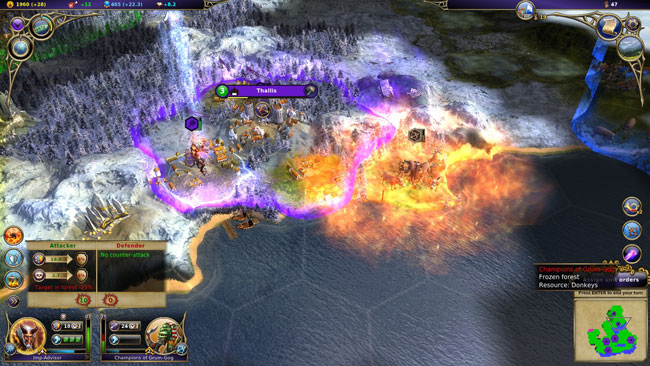 Warlock – Master of the Arcane

This Paradox Interactive-published 4X game casts you as a Great Mage, tasked with leading their faction to victory. You can choose from the human, monster, or undead factions, each with unique units and buildings. While the gameplay is similar to Civilization, it’s set apart by the presence of portals that allow you to travel to Underworlds, which are other maps with unique resources. It’s a great take on the 4X genre, especially if you’re into the fantasy side of things. 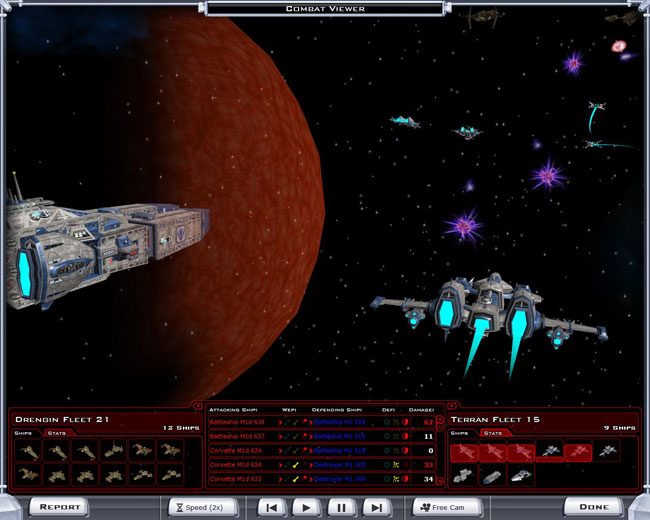 Stardocks 4X sequel was one of the best strategy games of 2006. You’ll choose to play as one of a number of alien civilizations (or you can create your own civ) and then set out to take over the galaxy. You can use any sort of tactics you like, from diplomacy to all out war. While the game itself was a lot of fun, the modding community only added to the fun. Since Stardock released GalCiv II without copy protections and left many game details in user-editable XML files, modders had little trouble changing things up, resulting a lot of extended gameplay for those who own the game. 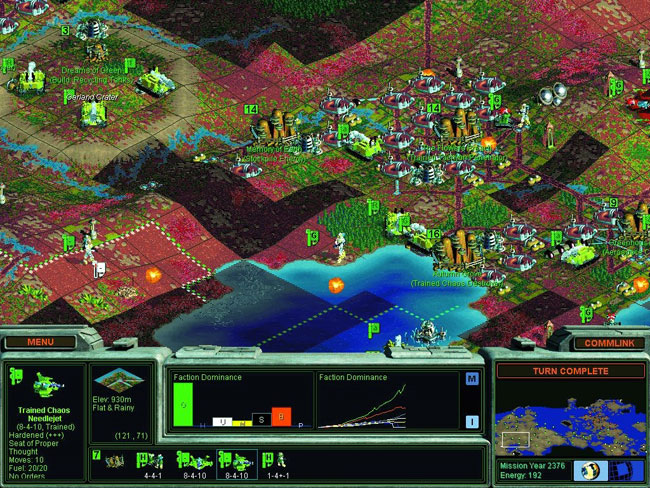 When Alpha Centauri launched in 1999, it was considered a spiritual successor to the Civilization games. It eschewed the settings of those games for the far-off future of the 22nd century, and featured seven opposed factions on the planet Chiron in the Alpha Centauri star system. You could play against the AI or your friends, and you could even create your own maps and scenarios. Widely hailed as one of the best strategy games of the time, Alpha Centauri has been receiving fan-created patches as recently as 2013, including graphics updates. 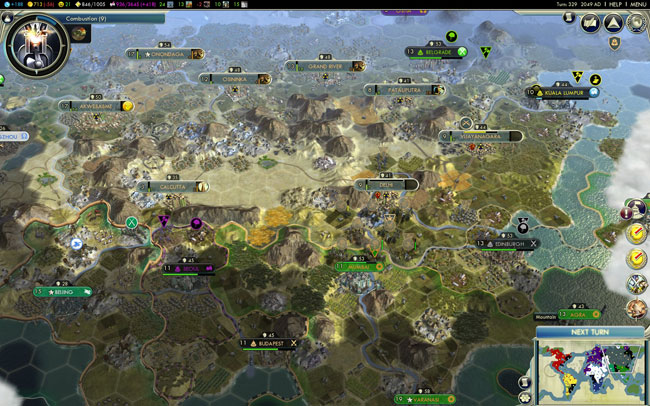 Whichever Civilization game you prefer, you can’t deny that Sid Meier’s creation has been hugely influential not just on 4X games, but on video games as a whole. Not only have the games sold millions and been wildly popular, but those who worked on them created huge strategy games like Age of Empires, Rise of Nations, and more. As the latest installment in the series, Civilization V continues to suck gamers into its world of diplomacy, conquest, and exploration. 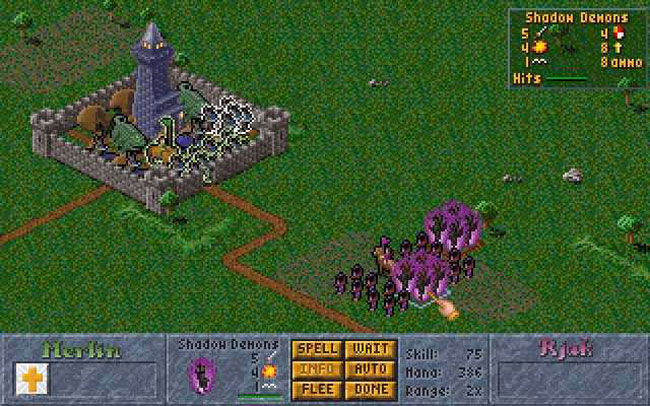 Also a fantasy 4X title, the classic Master of Magic is considered by many to be one of the best games of all time. You’re a wizard trying to take over two linked worlds. You’ll hire heroes, create units, and send them out to conquer both worlds. Battles take place in an isometric, turn-based style, and you can use magic to affect not just battles, but the whole world. It was the first game to offer simultaneous gameplay across two worlds, a concept that reappeared in many games, including Warlock – Master of the Arcane. It’s a little dated now, but if you’re a fan of the genre, you almost have to give it a try. 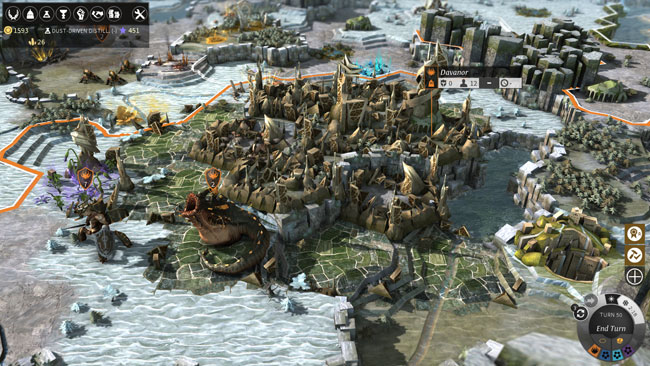 The most recent game on this list, 2014’s Endless Legend is a 4X game that isn’t afraid to step away from the conventions of the genre. You’ll do things like taking direct control of individual units, or choose a faction that ignores one type of resource entirely. You’ll also find that each faction’s units are more than just a re-skinned version of each other – they’re entirely unique. It looks great and has a great UI, but sometimes the AI does leave a bit to be desired. Still, it’s a game that 4X fans should play, especially if you can play with a friend. 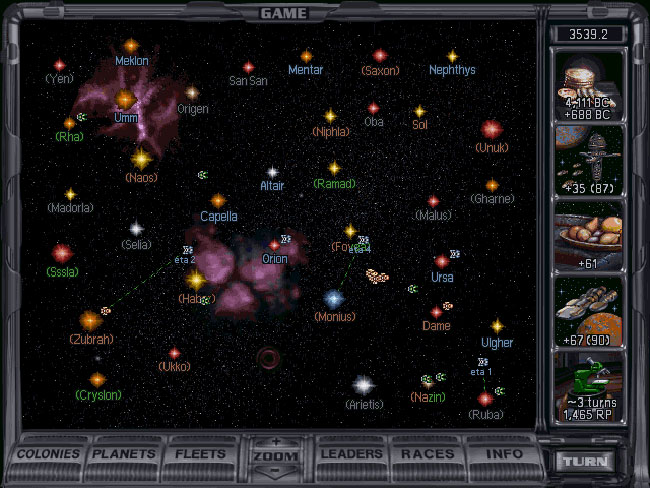 Master of Orion II offers up stellar gameplay in an extremely complex package. It built on the success of the first Master of Orion, and expanded on its offerings and gameplay options. There’s a fair bit of micromanagement here, but the game always seems to make it understandable. It offers options like designing a custom race, and you can even build and arm your own spaceships to send into the fray. While the AI leaves a bit to be desired, Master of Orion II is a game that every 4X strategy fan needs to have played, If you haven’t, you’re missing out. 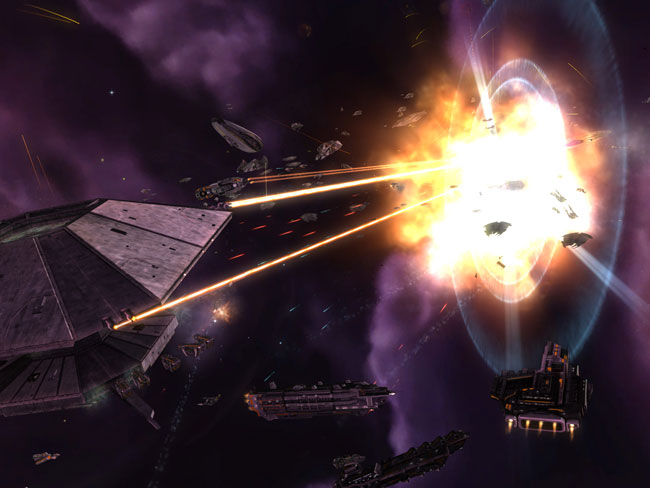 Sins of a Solar Empire

Sins of a Solar Empire may not be a 4X game if you ask some purists. After all, it combines elements of 4X games with those of real-time strategy games to make for one of the best hybrids around. Not only is the gameplay great, it’s also well-built, running well on a wide range of PCs. 4X fans will be right at home with Sins’ deep tech tree, huge space battles, diplomacy, and infrastructure development, and the game’s interface is smartly designed to make handling of them a breeze. If you’re looking for a solid blend of strategy genres, you can’t go wrong with Sins of a Solar Empire.